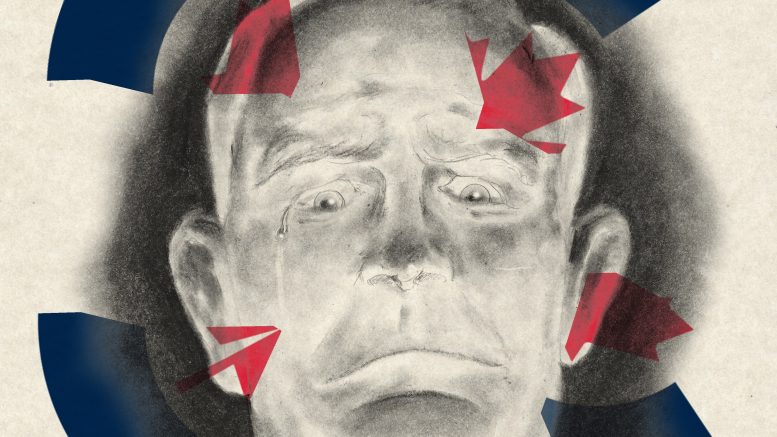 Six years have passed since prime minister Stephen Harper left office. Since then, the Conservative Party of Canada (CPC) has had two leaders, two interim leaders, two leadership elections and another currently underway. Harper’s tumultuous legacy has left a permanent stain on the CPC and seemingly made the party less electable.

The CPC was officially founded in 2003 as a merger of the Progressive Conservative party and the Canadian Alliance party. Under Harper, the united conservatives wrangled Canada’s Parliament into a decade-long chokehold. However, the consolidated right-wing movement in Canada is now on the verge of collapse due to severe differences between critical factions of the CPC.

Harper’s tenure came with several successes by conservative Canadians’ standards. Often praised by his colleagues for his fiscal policy and unifying character, Harper was able to reduce taxes and strengthen Canada’s foreign policy. But his electoral success did not come without controversy — the scrapping of affordable child-care plans, an “abhorrent record on refugees and immigration” and continuous allegations of his ministers misleading Parliament defined the resentment for what once seemed like a reasonable party for voters to support. Over his nine years in office, Harper lost the confidence of voters and his fourth bid for the prime ministerial office failed. His memory continues to haunt his party.

Though both Andrew Scheer and Erin O’Toole were able to win the popular vote in their respective federal elections, conservatives are anything but united. The party struggles to unite its socially conservative faction with its fiscally liberal faction and continues to disagree on important issues like abortion and vaccine mandates. Canadians deserve a stable opposition that holds the government accountable and aspires to one day hold the executive office, but under the current state of affairs, the CPC does not offer a safe alternative. Further, many citizens torn between voting Conservative or Liberal have bet on the option that looks safest, resulting in Liberal success over the last few elections.

Conservatives are allowing the fringe and radical minority of their party to gain control and brand them all as extremists. This split between party members is sealing the CPC’s future and handing seats to the Liberal party on a silver platter.

Pierre Poilievre recently announced his candidacy for Conservative leadership and seems to be the front-runner. Poilievre’s social media following and engagement might be difficult to compete with for more socially liberal Conservative party members, and his popularity is worrying considering his controversial support of the so-called “freedom convoy.”

The united Conservative Party is Harper’s legacy, but no Conservative leader has been able to live up to it to date. Keeping the entire conservative movement united, including the most extreme factions, simply isn’t viable anymore. Scheer’s personal opposition to abortion made him lose the moderate faction, while O’Toole’s centrist campaign distanced him from social conservatives. Poilievre’s leadership skills have yet to be seen, but it is likely his radical views on vaccine mandates could cause the CPC to fall into the grip of the fringe. At this point, a party split seems almost inevitable.

The aesthetics of voting