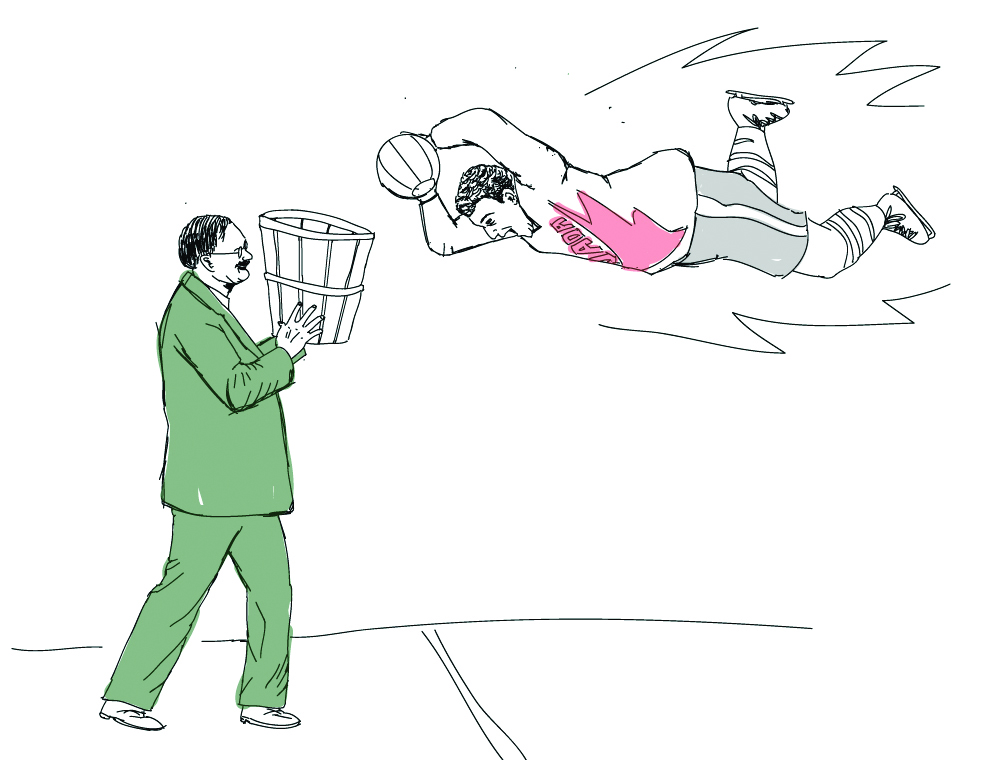 The NCAA Men’s Division I Basketball Tournament, more commonly known as March Madness, kicked off Mar. 21, with an abundance of Canadian content in the tournament. To be specific, there were a total of 29 Canucks in the tournament, with a few even in a good position to actually win the whole thing. Unfortunately, just like in Highlander, there can be only one, and in single elimination tournaments there are no second chances.

With one Canadian (Troy Joseph of LIU Brooklyn) already eliminated after the first four qualifying games, the amount of Canadians left in the 64-team tournament was down to 28 before it even got started. The most Canadian-laden team was New Mexico State, but their four players from the Great White North saw their team lose in the first round by 64-44 to Saint Louis, who features Grandy Glaze of Toronto. This was a disappointing end to the season for freshman Sim Bhullar. The hulking 7’5”, 355 lb product of Toronto is on a quest to become the first player of Indian descent to make it to the NBA, and with his size it is more than likely that he will get some attention in the next few years.

Other Canadians eliminated in the first round were Bhullar’s teammates Daniel Mullings, Renaldo Dixon, and Tyrone Watson. UNLV’s (University of Nevada, Las Vegas) Khem Birch and Anthony Bennett were also eliminated, despite Bennett being the top-ranked Canadian prospect for the upcoming draft, as the Brampton product netted 16.1 points and 8.1 rebounds in his freshman year. Missouri’s Negus Webster-Chan and Stefan Jankovic, Nik Cochran of Davidson, Dylan Ennis of Villanova, Bryson Johnson of Bucknell, and Taevaunn Prince of South Dakota State were also eliminated, leaving only 16 Canadians remaining.

Kelly Olynyk and Kevin Pangos of #1 seed Gonzaga were deemed to be Canada’s best chance at seeing some of its citizens named tournament champions. Olynyk, from Kamloops, is being considered as one of the top picks in the upcoming NBA draft, and a big push into the latter stages of the tournament would really cement his draft stock.

However, Gonzaga was upset by Wichita State in the second round, by fellow Canadians Chadrack Lufile and Nick Wiggins, in a 76-70 loss. Despite the loss, Olynyk is still expected to be a first round draft pick; the 7’0 centre led the team with 17.5 points per game and 7.2 rebounds.

The other Canucks who bailed out in the second round were Canadian Harvard brainiacs Agunwa Okolie, Laurent Rivard, and Patrick Steeves, Iowa State players Naz Long and Melvin Ejim, Joe De Ciman of Colorado State, and Maurice Walker of Minnesota. Ottawa’s Jahenns Manigat went one-for-seven in Creighton’s 66-50 loss to Duke.

With two rounds complete,  only five Canadians remain. Lufile and Wiggins with ninth-seed Wichita State are joined by a small contingent of Canadian talent. Three-pointer wizard Nik Stauskas of  fourth-seed Michigan, Noel Jones of fourth-seed Syracuse, and Junior Cadougan of third-seed Marquette have made it to the Sweet Sixteen, with the hopes of a nation on their shoulders.

The remaining players hope to keep playing for another two weeks, all the way to the championship game on Apr. 8 in Atlanta.