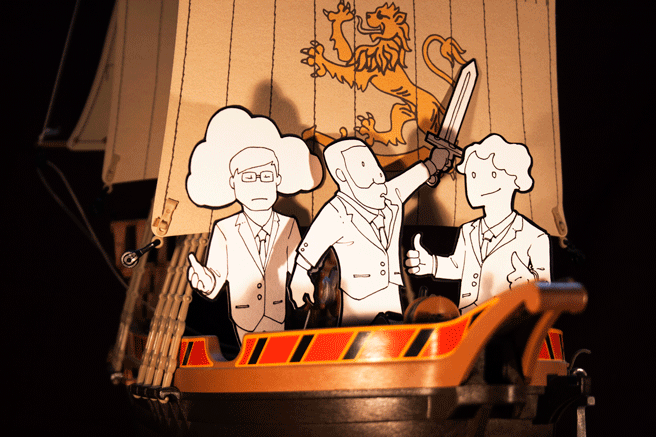 Do you know who you’re voting for come Oct. 19? I have an idea, albeit a vague one.

I’m leaning toward the NDP and Thomas Mulcair. I feel a strong pull in this direction that is hard to explain – though it is certainly not based on any dispassionate consideration of policies.

The vast majority of the people I know, and I include myself in this group, were already leaning in one direction due to their upbringing and current circumstances. The subsequent campaigning has shifted opinions somewhat, but mainly it has reinforced familiar messages. For most of us, style has played a greater role than substance in shaping our opinions.

If I had to identify the one thing that led me to see Mulcair as especially prime ministerial, it would not be a policy he promised, but an offhand comment he made.

During a question period last year, when Mulcair was questioning parliamentary secretary Paul Calandra on the subject of troop deployment in Iraq, Calandra repeatedly responded with a condemnation of an obscure former NDP staffer’s opinions on Israel – a totally unrelated subject, obviously meant to deflect the question.

Mulcair appealed to the House of Commons Speaker, Andrew Scheer, who refused to intervene.

“Well, Mr. Speaker, that does not speak very favourably about your neutrality in this house,” Mulcair replied. For this Mulcair lost the opportunity to ask the rest of his questions.

It is debatable whether Mulcair was genuinely owed an answer or simply grandstanding on a point where he held the moral but not the procedural high ground. But given the sort of person I am, I found this futile exchange had an aspect of Promethean heroism.

In his documentary series The Century of the Self, Adam Curtis traces the introduction of a Freudian conception of the self into advertising and the subsequent adaptation of advertising theory to politics, thus creating a conception of democracy where the public isn’t in charge, but rather the public’s desires: a situation that is much easier to manipulate.

The brands that Canada’s federal parties are trying to project are evident in everything from the policies they choose to emphasize ($15 minimum wage) and the criticisms they level at their rivals (“Just Not Ready”) to their choice of candidates: the Liberals get trusted career politicians, the NDP get respected community leaders, and the Conservatives get random schmoes who have firm handshakes but are otherwise not ready for prime time.

Like commercial branding, political branding works by harnessing targeted hatred as much as targeted adoration. For example, the fact that I, a buzzkill dweeb with a degree in classical music, dislike top-40 radio is part of the appeal of top-40 radio.

This principle largely explains the tumescent hatred of Conservative leader Stephen Harper by urban intellectuals and other lefty types across Canada. The Harper brand is designed to appeal to a particular sort of person and is repulsive to the people it is not aimed at. “Who could possibly like this guy?” we’re supposed to think – and the fact that Harper is an eminently mockable poindexter makes thinking this very easy.

In fact, quite a large number of people like Harper. His frequent public appearances with his family and references to them in speeches position him as the family-oriented candidate. He is arguably handsome and has a modest ability at the piano – both qualities which make old people squeal with delight.

Although he’s as much Ottawa elite as the next guy, he’s branded as a Western maverick from outside the establishment. This thrills the Stetson and pocket-protector crowds both, and generally makes even left-wing Westerners see him as “our man” in a way Mulcair or Liberal leader Justin Trudeau could never be.

Note that it’s irrelevant whether the Conservatives’ policies under Harper are good for Canada or not. I think they aren’t, but if I’m being honest with myself, I have to admit that I arrived at this belief first and justified it later. It was a foregone conclusion that I would believe something along these lines; what my best self would want on reflection doesn’t enter into the discussion.

Specialists, the people with the time and inclination to fully understand the major issues of public policy, are somewhat immune to this branding effect. But they are keenly aware of just how narrow the field of policy options actually is. And there are only a few of them – too few to make much of a difference.

This federal election is not going to be decided by a sober consideration of the issues. It will be decided by a clash of collective egos in which individual thought is largely irrelevant. The three major parties each have their own well-oiled branding machines, and these have brought them into an unprecedented deadlock that is only likely to be broken by a fluke.

In the midst of all this, there’s not much you as an individual can do with your vote to get the policies you think you want. While we have our absurd little arguments about whether or not we should vote and for whom, the forces that shape our world move on, serenely oblivious to our pleas. One day our perfect Skinner box will be complete and there will be no need for any of us to exert effort in decision-making again.

In the meantime, get ready for change! Vote NDP!

What the Bull? Part 2