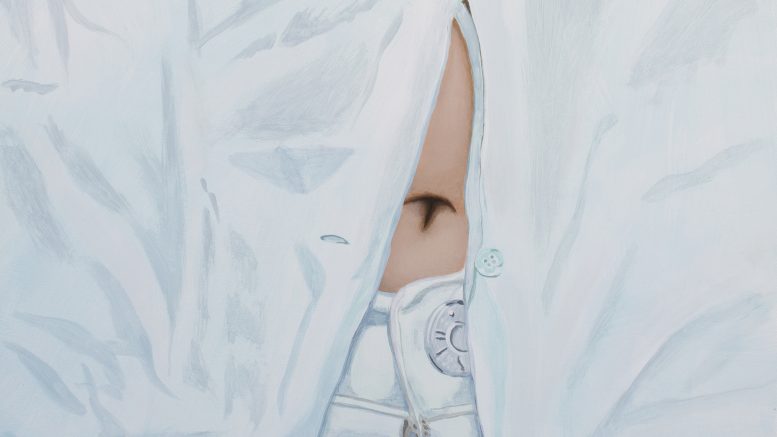 Living Hour has long been a shining star of Winnipeg’s indie-rock scene, providing us sleepwalking prairie-dwellers with dreamy, washed-out and romantic sounds since 2013.

Taking inspiration from our harsh winters and wide open skies, Living Hour’s previous efforts sometimes fell into the hedonic whiteout bliss a little too deeply, becoming dreamy to the point of drowsiness.

But on the new record, Someday Is Today, Living Hour sounds sharper and more focused than ever. Each element pops, each song captivates and the band no longer hides itself behind any reverbed-out obfuscation, adding new textures, dynamic range and lyrical specificity to their quiet romanticism.

Take the album’s lead single “Feelings Meeting,” a collaboration with bedroom pop luminary Jay Som and the first-ever Living Hour song you could feasibly headbang to. It’s a definite statement of intent, both in its alt-rock loud-quiet-loud dynamics and in its lyrical themes, which mirror the band’s musical expansion and newfound directness.

Singer Sam Sarty is cancelling her “glossy subscription to the void,” searching for understanding and communication in a world of “Vaseline lenses” and blinking LEDs.

Sarty spins dozens of these oddly specific lyrical gems throughout the album, such as on the carefully rendered restaurant dissociation tale “No Body,” where lyrics about laminated menus and stray sugar cubes conspire with a hypnotizing instrumental to lift you out of your corporeal form.

The second half of Someday Is Today sees the band going further afield musically. The slowcore-y “Curve” is led by a compelling, gentle vocal turn. The song slowly builds from its downtrodden beginnings to a frustrated fever-dream ending, dissolving and devolving just as it reaches its peak.

The charming “Miss Miss Miss” recalls the lounge-inflected art-pop of bands like Stereolab and Antena, juxtaposing that euro-chic energy with lyrics about missing the distinctly unchic now demolished Palomino Club on Portage.

The rambling indie-pop track “Exploding Rain” showcases another new lead vocal turn, and has a distinct Broken Social Scene vibe. The song builds instrumentally to a gliding, blissed out outro as vocal and guitar lines interweave and splash against each other.

Finishing with the stunning closing combo of “No Body” and the wistful, Yo La Tengo-esque instrumental “Memory Express,” Someday Is Today leaves the listener with butterflies in the stomach and a healthy urge to turn the record back over and start again.

This album represents a big leap forward and significant artistic achievement for Living Hour. Not a song is wasted on Someday Is Today as Living Hour covers a wide swath of influences with grace while never sounding like anybody but itself.