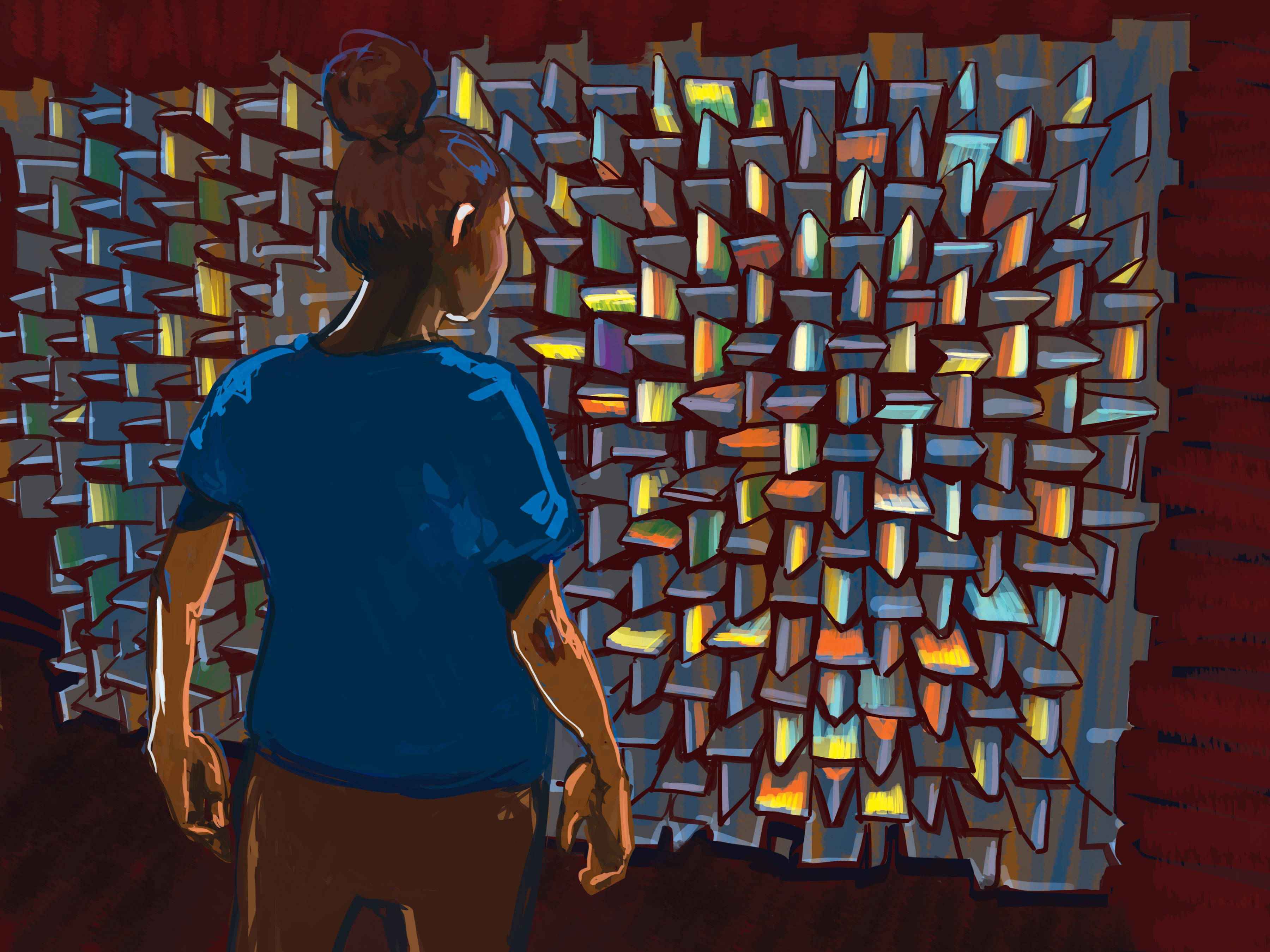 The battle between sound and silence rages in many corners of our world – from the sharp glares in libraries, to heated discussions, pleas, and bargains in homes and offices everywhere.

Sound takes many forms, not all of them pleasant, and the total absence of sound may be more than those who call “Silence!” expect to hear.

For some, music can be a panacea, a soothing soundtrack that occupies the parts of our minds that are susceptible to wandering. A 2005 study from the University of Windsor noted that music-specifically, one person’s own chosen or preferred music, rather than a broad stroke of genre-can decrease anxiety.

On the opposite end of the spectrum is environmental noise. Ill effects of environmental noise can include damage to hearing, interference with speech and sleep, and physiological changes such as increased heart rate and blood pressure.

So how do you let in the good and block out the bad?

Walking down most busy streets, you may notice headphone-wearing pedestrians trying to block the environmental noise out with their own choice sounds. However, these devices produce high levels of noise and can lead to hearing loss, especially among younger people.

A potential solution for disruptions caused by environmental noise is white noise generators. White noise is not a specific sound. It is the technique of producing a sound that comes out much like static. It’s a mash-up of frequencies, with no discernible tone, melody, or rhythm.

White noise works by sending the brain a range of auditory stimuli without anything specific to latch onto. Unlike the scattered, uneven environmental noise, there is nothing jarring or identifiable in white noise – it’s like a vague forest of sound, rather than some random scraggly, prickly trees.

While getting lost in the white noise forest is one option, it also comes with some caveats for young people, especially children.

A 2003 study from the University of California, San Francisco cautioned that “exposure to continuous white noise sabotages the development of the auditory region of the brain, which may ultimately impair hearing and language acquisition.” However, after being removed from the white noise environment, the rats used in the experiment were able to continue their auditory development at a reasonable rate.

And in the end, noise replaced by noise does not equal silence. In an urban setting, can we ever find true silence?

The location widely billed as the “quietest place in the world” (according to the 2005 Guinness Book of World Records) is not far from here. Orfield Laboratories in Minnesota contains an anechoic chamber that is rated at 99.9 per cent sound-absorbent.

An anechoic chamber creates an acoustic environment that is the closest possible simulation of space, and similar chambers are also used by NASA. The Orfield chamber is mostly used by companies to test the sound levels of their products.

This experience can be very disconcerting, and Steven Orfield, president of Orfield Laboratories, said that chamber occupants must sit down in order to not lose the sense of orientation that sound would normally provide.

While no outside noise can penetrate the chamber, visitors can expect to hear things they may normally miss among the environmental hum and buzz. Trevor Cox, a University of Salford professor of acoustic engineering, explained that “You might hear the blood gently pumping through your head, or a high-pitched hiss caused by spontaneous firings of the auditory nerve.”

The quietest place in the world, while empty, may be the ultimate source of silence. But in a final ironic twist, to experience it, the silence must be broken. As Orfield said, “in the anechoic chamber, you become the sound.”

Ain’t nothin’ but a Glee thang

Lots of love for the Lytics