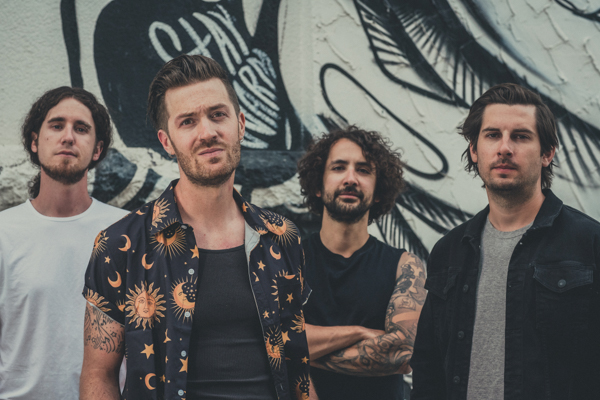 As winter is finally melting into spring and our familiar feathery friends return, live music is also slowly returning to music venues across the city.

Not only has it been a long winter, it has been a long two years for local Winnipeg band North Graffiti.

To celebrate this return of somewhat normalcy, the band is set to release its album Modern Relics at the Park Theatre on April 9 with opening acts the 12/21 and Mobina Galore.

In fact, lead singer and guitarist Johannes Lodewyks said the band has been waiting the entire pandemic to share their music.

“We actually had this album ready to go right when COVID hit and so we kind of had many debates about whether we should put it out throughout COVID,” Lodewyks said.

“But, you know, [we] just didn’t want to be somebody’s soundtrack to another lockdown.”

“We didn’t want to do it as a livestream and we wanted that real, kind of, in-person [event],” Lodewyks said.

“What makes North Graffiti stand out is that we pride ourselves on being just a really good live band.”

Composed of four local veterans of the Winnipeg music scene, with Kyle Monkman on guitar, Marty LaFreniere on bass and Joel Leonhardt on drums, North Graffiti was a band long in the making.

“We’ve all been playing in bands in Winnipeg for years,” Lodewyks said. “We all found each other and decided, you know, we’re going to form this band.”

“About eight years ago, Marty, myself and Joel started jamming and writing these songs […] we pretty quickly found ourselves with an album’s worth of material, so we went into the studio.”

Monkman joined the band by being an amazing engineer of the album, always picking “up the guitar and go[ing] ‘Well, how about something like this?’”

“And [we’d] say, ‘Oh, that sounds good, why don’t you lay that down’ […] and eventually Kyle had played enough guitar on the album that we just decided, ‘Do you want to join the band?’”

All primarily from the punk rock scene, North Graffiti embraces its “garage-rock feel” in Modern Relics.

“With this album, you’re going to find a middle ground between Rancid and Bruce Springsteen,” Lodewyks said, “trying to tie the two points together.”

North Graffiti chose the Park Theatre as the venue for its big release party because the theatre has made renovations to expand the space for those still tentative to come out to live shows.

“The people who are coming to the show know that they won’t be crammed shoulder to shoulder,” Lodewyks said.

“They’ll have some space to move around and feel comfortable.”

The show is sure to be a cathartic moment for not just the audience rejoining the world of live music, but for the band themselves after such a long sabbatical over the pandemic.

Lodewyks said musicians felt “pretty disenfranchised by two years of COVID,” so having their album release to look forward to was a good way to keep them going throughout the pandemic.

Tickets are only $12 each, set low on purpose by the band as they “wanted to make sure that price is not a reason that people aren’t coming out to the show.”

In fact, the band hopes people will come out to the show as they truly focus on “trying to be a great live band.”

“Lots of bands can sound fantastic on the album, but when it comes to live, that’s when you really got to prove yourselves,” Lodewyks said.

With a “punk rock DIY ethic” and a fun event to look forward to, North Graffiti is sure to be rocking the Winnipeg music scene for years to come.

Tickets to North Graffiti’s album release party can be purchased on eventbrite.ca.