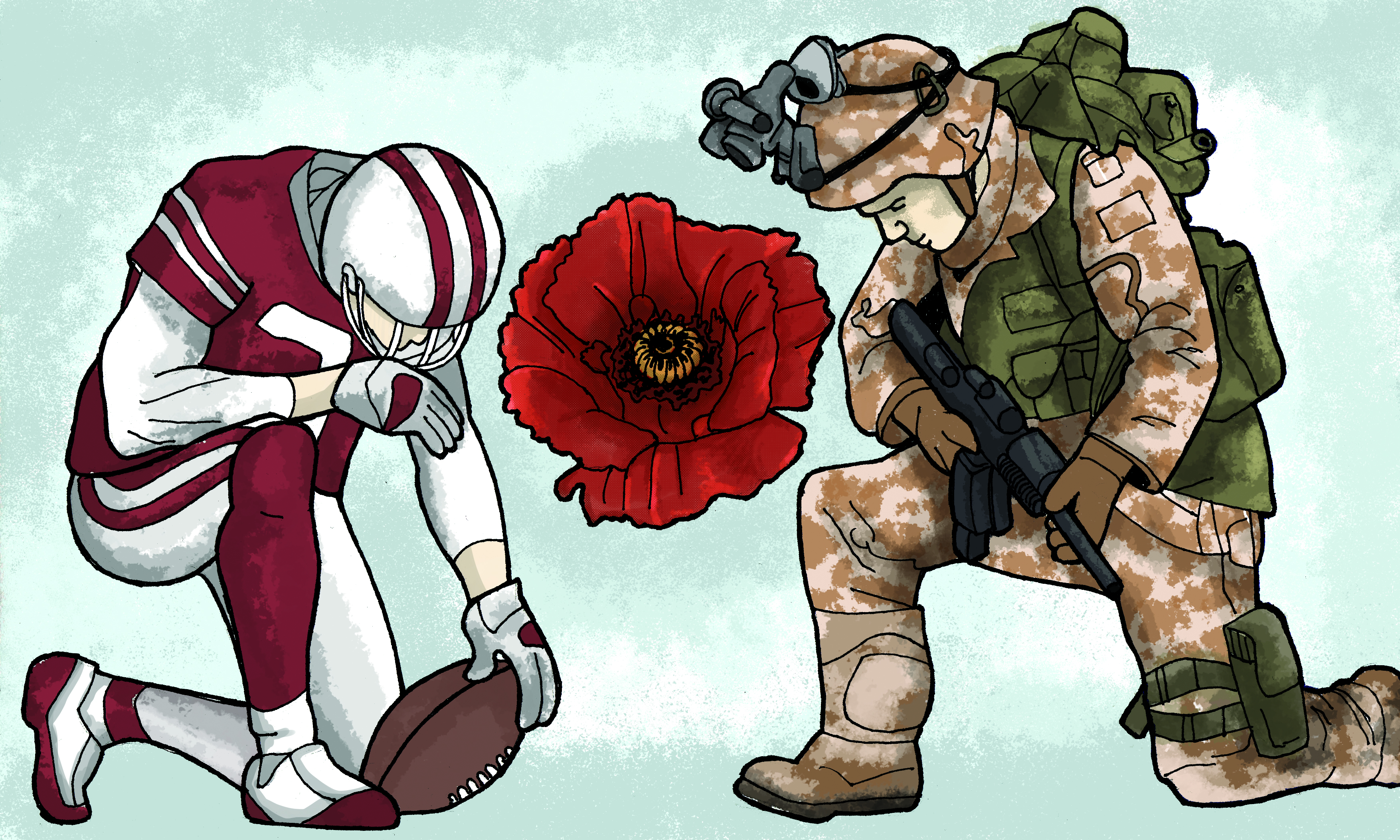 This Sunday is Remembrance Day. It’s the time of the year when we stop to pay tribute to the brave men and women who have served our country overseas in the defence of our freedom. They came from many walks of life and volunteered to risk their own lives.

Professional hockey players became involved with the war effort in World War I, which coincided with the advent of the professional game and the founding of the National Hockey League. Sadly, two of the game’s earliest stars were killed in battle. Frank McGee, who once scored a record 14 goals in a 1905 Stanley Cup game and an inaugural inductee of the Hockey Hall of Fame (HHOF), was killed in the Battle of the Somme in 1916. Scotty Davidson, one of the game’s top wingers, was killed in France at the age of 23. He was inducted into the HHOF in 1950. In 1919, the Memorial Cup was dedicated to those who had lost their lives in WWI and is currently given to the champions of the Canadian Hockey League.

The attack on Pearl Harbor in 1941 was the impetus for many NHLers to put their careers on hold and join the war effort. By 1942, a total of 80 NHLers served in the armed forces including some of the league’s best, such as Detroit’s Sid Abel, Toronto’s Turk Broda and Syl Apps, and Chicago’s Max Bentley.

The “Kraut Line” of the Boston Bruins—which consisted of Woody Dumart, Milt Schmidt, and Bobby Bauer—enlisted into the Canadian Army in 1942. In the three years prior, they won two Stanley Cups and became the first teammates to finish 1-2-3 in league scoring. Two NHL players died in battle: Joe Turner, who played one game with the Red Wings as a goalie, and Red Garrett, who played 23 games with the New York Rangers.

Football would also be affected by war. Teams in the NFL either folded or merged due to the number of players who served in WWII. In all, 600 NFLers served in WWII, 19 of whom died in action. In the Vietnam War, Roger Staubach fought before playing in the NFL while one active NFLer, Buffalo offensive guard Bob Kalsu, died in battle in 1970.

The 1941 Major League Baseball (MLB) season is remembered for Red Sox LF Ted Williams hitting for .400 and Yankees CF Joe DiMaggio’s 56-game hitting streak. Months after the season ended, both fought in the war. While U.S. President Franklin Roosevelt allowed the MLB to play during wartime, more than 500 of its players enlisted, including big names such as Cleveland’s Bob Feller, St. Louis’ Stan Musial, and the Yankees’ Yogi Berra.

It is rare for professional athletes to give up their careers in modern times to join the armed forces, but there have been two recent instances. Arizona Cardinals safety Pat Tillman turned down a $3.6 million contract to enlist in the U.S. Army. He fought in Afghanistan but was tragically killed by friendly fire in 2004. Philadelphia Flyers prospect Ben Stafford enlisted into the U.S. Marines shortly after winning an AHL Calder Cup in 2005, and was deployed into Iraq. He survived his tour of duty, but ended up retiring from pro hockey.

While many in sports journalism are prone to use war-related terms to describe a hard-fought game or to describe players as heroes, it should be made clear that these athletes and the men and women who served with them are true heroes. For that, we are forever grateful.

Finishing off a golden year on a high note

1 Comment on "Veterans in the lineup: Remembering athletes who served in the military"