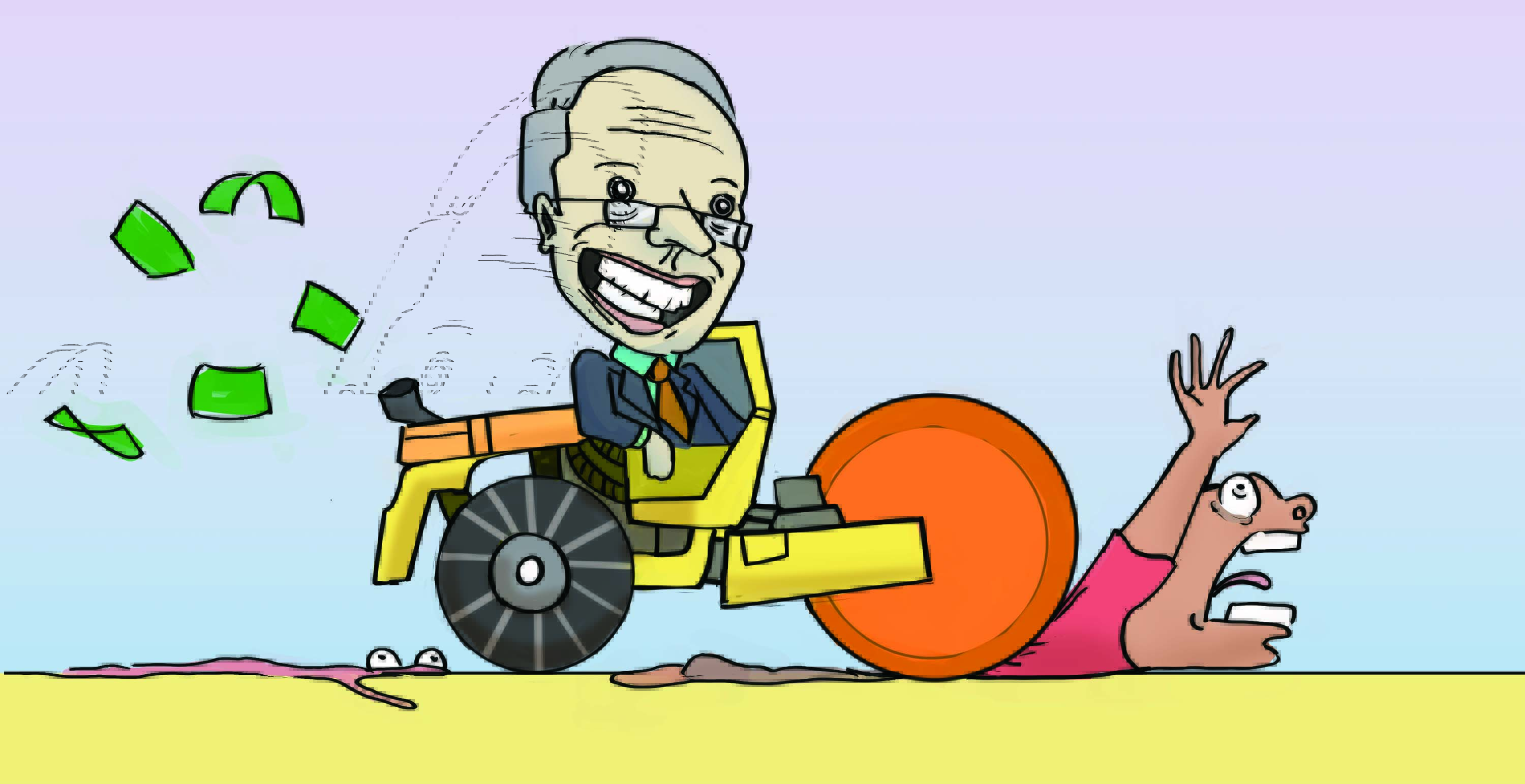 In dealing with big business, it’s time for city council to finally put the needs of the average citizen over those of the elite owners.

City officials have recently attempted again to renegotiate the Shaw Park lease with former mayor and Goldeyes baseball team owner, Sam Katz. Officials wish to change the current arrangement, which has Katz profiting $525,000 annually off of two city parking lots and a lease that has him paying $1 per year on property with a market value of $150,000.

The original agreement was made in 1998 by city council for a 25-year period. In 1999, the stadium we now know as Shaw Park was built for roughly $20 million. Just over half of that was paid by Katz and his partners with the rest of the bill — $8 million — footed by the city, province and federal government.

In addition to this, Katz was allowed to set up a non-profit organization, Riverside Park Management, to funnel all of the city-Goldeyes business dealings through. At the time, critics argued that Katz should make the organization’s books public — something he refused to do.

In his first term as mayor of Winnipeg, city council’s executive policy committee coincidently voted 4-1 to eliminate $223,000 in taxes he would have otherwise had to have paid to the city.

A city report found that the team also receives over $700,000 in corporate welfare each year.

Let’s call the current arrangement between Katz and the city what it really is: legalized corruption.

Despite this reality, Katz recently had the temerity to tell city council he has no intention of paying the fair rate council is asking for.

Instead, he made egregious statements suggesting that council would like to put the Goldeyes out of business.

Unbelievably, city councillors are taking this bait. Charleswood Councillor Kevin Klein is already caving to Katz’s demands by proposing a quarter-measure deal that would see Katz continue to receive all of the subsidies he’s currently receiving, while increasing the lease to a third of its market value.

This recent display further underlines just how poor a job Winnipeg city council has done to represent the average citizen. Because while Winnipeggers — who have a median annual income of between $30,000 and $40,000 — are working hard just to get by, city council has a constant knee-jerk reaction to pad the pockets of the richest few.

This siding with big business and its owners over taxpayers is an alarming pattern in Winnipeg.

Winnipeggers watched it play out in the True North deal, where investors were paid millions in taxpayer funds to build luxury condos, while an affordable housing requirement was scrapped.

They saw the trend continue when council sold Portage Place to “Canada’s biggest landlord,” Starlight Investments, in a likely move toward gentrification.

With the millions of dollars in subsidies doled out to Katz over the past 20 years, Winnipeg could have instead invested in public transit to make necessary improvements, built affordable housing for those who are struggling to get by or invested in the city’s crumbling infrastructure — an area where the city has a deficit of nearly $7 billion.

In Katz’s case, up until now, council has been little more than gutless. They have been attempting to renegotiate this deal since before 2016 and have accomplished nothing.

This time, the city cannot cave. Council must demand that Katz stop fleecing the taxpayers, as he has for the past 20 years, and pay a fair rate.

It is only after council plays hardball with him that Katz will cave.

This is because while he has claimed that the Goldeyes “don’t always make money” — a claim which he refuses to back up with any real numbers — anyone with any common sense knows if this were truly the case, he would have sold the franchise and cashed out years ago.

Instead, Katz likely understands what he has to lose. He would lose a favourable deal to another profit-seeking tenant, the ability to continually overcharge for tickets and turn profits year after year and lose the ability to hand over the entire business to his seven-year-old son to keep those profits in the Katz family in perpetuity.

Not only this, but the average Winnipegger has seemingly fallen out of love with the franchise.

With lowest-priced tickets more than doubling in price over recent years and the games no longer being affordable for the average family, it’s no wonder that the attendance has fallen almost every year since it peaked in 2004.

When it comes to the negotiation table, it is not Katz with the upper hand.

City council must finally go forward with a deal that puts the needs of the average tax-paying citizen ahead of millionaires like Katz.

Swinging for the fences

Wildin’ out in Winnipeg