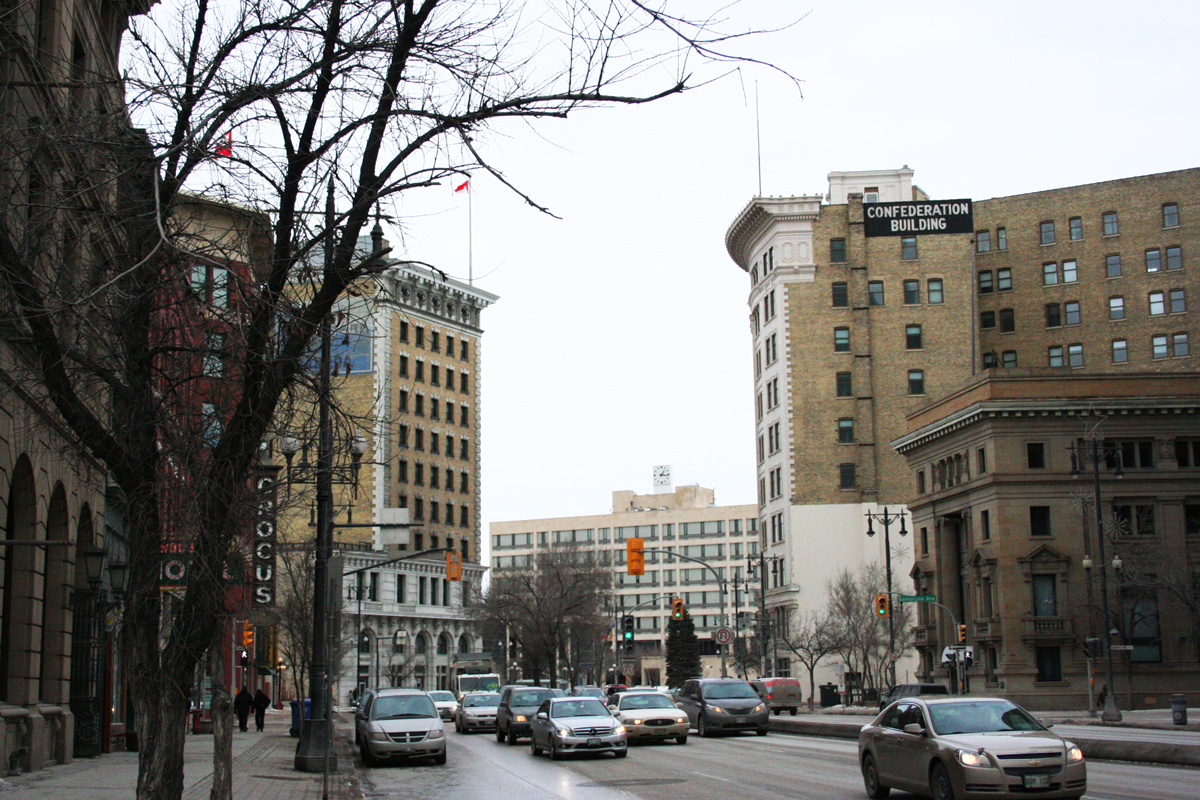 Grab your snowsuit, your bicycle, and your stretchiest pair of pants – a Moveable Feast Winnipeg, winter edition, takes to the streets Feb. 6.

The idea is simple: purchase a ticket and you will be taken on a guided bicycle tour of downtown Winnipeg and surrounding areas, with pit stops at seven restaurants – each providing a different component of the meal, such as appetizer, entrée, or dessert, to create a melange of delicious food.

“In 2013, our board of directors, which are businesses elected to be on our board, said, ‘Can we do something more creative than just a billboard campaign that shows restaurants? What can we do to give people a more intimate interaction with the businesses downtown?’ So they challenged us to create a full platter of downtown tours, with the idea being, ‘Where would you take your friends? What would your approach be?’” said Jason Syvixay, Downtown Business Improvement Zone (BIZ) managing director and University of Manitoba graduate student.

The inspiration behind [a Moveable Feast] was an informal tour that I did with my friends in Wolseley, where we just went from one house to the next. And so we thought, can we do something similar downtown?”

Not only does this innovative tour share the delicacies of downtown with Winnipeggers, it also advocates being downtown without a car.

“I think it’s more than just restaurants. It’s about showcasing those bike paths and being able to change attitudes about the convenience of bicycling. This is an excellent opportunity to do that, and grab a bite to eat.”

A Moveable Feast also provides an opportunity to challenge the general public’s perception of downtown. By removing the car window barrier from the participants, they are exposed to the beauty of the architecture and green spaces that is ordinarily passed by.

“You can navigate differently and go through alleyways, and go through the river trail and see more of the landscape and more of the beauty of the buildings that you wouldn’t see while in your car. And that is one of the missions of the tour, showing people that you can take a pause and see some of these beautiful things downtown and change people’s perceptions,” said Syvixay.

Emphasizing Winnipeg as a winter city is a new concept for a Moveable Feast; up until last February, it was strictly a summer event. With the visit of the Winter Cycling Congress, however, a Moveable Feast began to be viewed as a cross-seasonal affair.

“There was a great opportunity with the Winter Cycling Congress that was happening in Winnipeg at the time. And that congress was all about encouraging attitudes about cycling in the winter. So they brought in delegates from Japan, China, and Finland where winter cycling is a thing, people just do it. It’s not stigmatized; it’s a natural thing there,” Syvixay said.

The goal is for winter cycling to become the norm here too. This year, a Moveable Feast is partnering with the Canadian Association of Planning Students conference at the U of M to showcase the ease with which Winnipeg can be navigated sustainably.

“I always think it’s important to get some context [ . . . ] Our mandate is stipulated by the City of Winnipeg bylaw: to maintain, improve, and beautify downtown; undertake and promote economic development; attract and encourage the development of new businesses in the zone; and to undertake under actions to carry out the mandate.”

To accomplish such broad goals, several departments have been created, including place-making and cleanliness; community safety; events and promotions; marketing and communication; transport, parking, and transit; advocacy; and homelessness.

While festivals and tours are created for the enjoyment of participants and to celebrate the downtown—which is approximately 361 hectares, the size of Vancouver’s downtown area—the rippled effect they have on other aspects of the community is huge.

“I find that it is important to know why we do things. A lot of folks think that we’re just a festival organization, and that’s a big part of what we do, but downtown is so unique that it needs to be addressed from a lot of different angles. I think that we fill a lot of the gaps.”

A seemingly unrelated example is the issue of homelessness. Events, such as a Moveable Feast, push towards a feeling of community safety and comradeship downtown. A component of creating a safe, welcoming community is addressing issues of poverty and homelessness that seep into the perception of downtown, which is a priority for Downtown BIZ. A social work platform has evolved from this idea, which targets the chronically homeless in the downtown area.

“I know that [a] Moveable Feast is bigger than just a tour throughout downtown. It’s about changing perceptions, it’s about challenging urban sprawl, it’s about getting people into the core. I think [ . . . ] it’s important to contextualize.”

A Moveable Feast takes place on Feb. 6 and tickets are available online for $40.

Residents petition to keep new stadium away from neighbourhood

Step into your culture zone with First Fridays