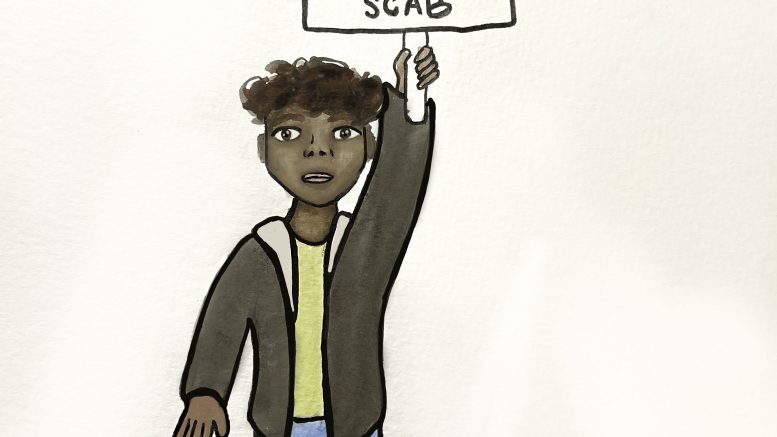 It is important to explain what replacement workers are and what their significance is to
understand if this is a good decision for the province.

These workers tend to be looked upon negatively by other labourers, as they go against
strike solidarity by working during strike periods. Some unions such as Unifor have called for
scabbing to be banned.

One of the primary bargaining tools of a strike is the withdrawal of productivity, which
directly impacts the business or industry that striking workers are in conflict with. Therefore,
replacing personnel during a strike to maintain productivity is a direct way to oppose the
collective action of employees.

By banning work replacement, the Manitoba NDP would remove a tool used against
labourers and reduce the amount of options business owners or the government would have
to combat strikers.

It goes without saying that this move would directly support the labour movement in
Manitoba. By removing the ability to hire strikebreakers, Manitoba’s NDP would directly
empower unions and union hopefuls across the province. Without the looming threat of
worker replacement, it would become easier to unionize and maintain strikes against
employers.

Considering that nearly 14 per cent of unionized Canadian labourers work in the private
sector, this could be incredibly important legislation.

While it would be unlikely to spur on a labour renaissance per se, it could certainly prove
helpful in increasing the power of unions in Manitoba. The legislation may also inspire non-
unionized workers to engage in collective bargaining and strike tactics.

The ability to call in replacement workers is the problem itself, regardless of whether it is
done or not. Yes, there are ideological aspects of this potential decision which would be
decidedly pro-labour, but that does not change the fact that this would directly benefit
workers.

The potential for anti-labour action is itself anti-labour, regardless of whether or not that
action occurs. The realization of this ban on scabs is of course dependent on the Manitoba
NDP taking power in next year’s election, and whether they ultimately go through with the
idea.

In my opinion, an NDP victory and the implementation of this legislation would be a
thorough victory for the workers of this province.

Is Winnipeg ready for a population of one million?

The curtain closes, for now

A fight against breast cancer