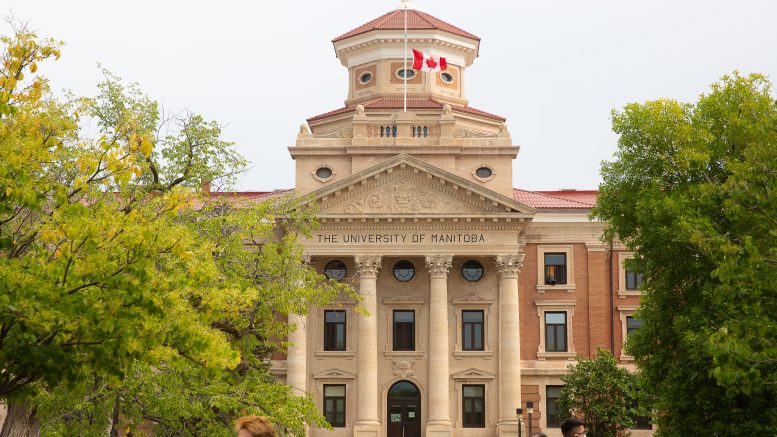 The University of Manitoba is beginning the process of developing its new strategic plan. The document, which typically outlines the university’s goals and objectives for the next five years, will be created using feedback from members of the U of M community. A town hall on Jan. 26 will kick off the development of the plan.

Co-chairing the strategic plan committee are U of M president and vice-chancellor Michael Benarroch and provost and vice-president academic Diane Hiebert-Murphy.

Hiebert-Murphy stated that the document will help to articulate the university’s overarching vision, values and aspirations for the next five years. She said that this will help the U of M decide where to allocate resources and set its priorities.

“It clearly is a priority,” she said. “We think it’s a really exciting opportunity to engage the entire community in a discussion about, ‘where are we, and where do we want to go?’”

The most recent strategic plan, which was created in 2015, included goals focused on topics such as academic and research excellence, accessibility and inclusivity and reconciliation with Indigenous communities.

Hiebert-Murphy said that while the U of M made substantial progress toward many of its targets in the previous plan, the COVID-19 pandemic threw off some of the university’s strategy.

She said that after the plan expired in 2020, it was extended as an interim plan to help determine some of U of M’s priorities and provide the university with direction until the creation of the next strategic plan.

“We recognized that it probably wasn’t the time to be trying to do fulsome engagement with the university community to develop a new strategic plan,” she said. “People were scrambling to figure out how we were going to continue to deliver our academic programs and continue with our research in the context of the pandemic, so there was an extension.”

Hiebert-Murphy reported that the committee is now in the early stages of consulting with the U of M community to help outline the new strategic plan. This process will lay the groundwork for the university’s strategy, and will be followed up with a blueprint for the implementation of concrete goals.

Higher Education Strategy Associates, a company that provides governments, post-secondary institutions and agencies with strategic advice, will be assisting the U of M in the creation of the strategic plan, and will give a presentation at the town hall.

“It’s kind of a kickoff,” Hiebert-Murphy said of the event. “It’s providing a bit of the big context for the planning that we’re going to be doing, and an opportunity again for faculty, staff [and] students who are participating to provide some of their initial comments.”

There are other opportunities for the U of M community to provide input.

From January until around early March, there will be over 50 in-person and online consultation sessions involving students, faculty and staff.

The consultation questions from these sessions will also be listed on the strategic plan’s webpage to allow for feedback to be provided online. After these consultations, a “what we heard” document reflecting the university’s findings will be created and released to the public. Students, faculty and staff will again be able to provide feedback after the document is released.

Hiebert-Murphy added that further surveys may be sent out to obtain more data. “It’s very much going to be an iterative process that’s fuelled by these initial consultation sessions,” she said.

Although she described the committee’s timeline as “ambitious,” Hiebert-Murphy hopes an initial draft of the strategic plan will be presented to the senate and the board by around June, with the goal of having a final draft of the plan submitted for approval during the fall.

The process will formally begin at a town hall event taking place Jan. 26 at 9:30 a.m. in the multipurpose room of University Centre. Those who are not able to attend in person can watch the meeting online.