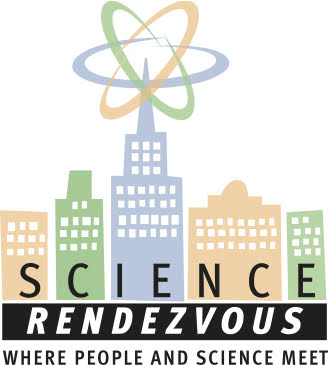 On May 7, the University of Manitoba will be bustling with scientific wonder and excitement as Science Rendezvous takes over the campus.

Science Rendezvous is an annual event that takes place in cities across Canada and focuses on connecting the public to research in a fun way. This year the University of Manitoba and University of Winnipeg are partnering for the first time to make a single event for the city at the U of M’S Fort Garry campus.

All U of M faculties associated with STEM fields (science, technology, engineering, and mathematics) are participating in the event, bringing activities like bottle rocket construction, interactive robots, and the opportunity to play with a Van de Graaff generator – those electrified spheres that make your hair stand on-end when you touch them.

There will also be a competition between the two universities to see who has the better chemistry magic show.

The Manitoban caught up with the faculty of science’s STEAM (Science, Technology, Engineering, Art, and Mathematics) coordinator and artist in residence, Seema Goel, who is overseeing the event with faculty of science communication officer Jayson Kowal.

“Science Rendezvous is a celebration of science that is aimed at […] younger children and parents,” Goel told the Manitoban.

“Our agenda is to engage the fun, tactile, and spectacular side of science to emphasize its value in our daily lives. It’s also an opportunity for researchers to connect with the public and show them what they are working on and why it matters.”

As the faculty of science’s STEAM coordinator, Goel has a special connection to this sort of outreach work. STEAM is the intersection of STEM and art. STEAM initiatives attempt to break down the common belief that the arts are somehow inferior to the STEM fields.

“STEAM explores the creative side of science in a really overt way,” said Goel. “It hooks them before they have a chance to be afraid because it doesn’t start with analysis but with the fun and wonder.”

Goel is trained as both an artist and scientist. With a diploma from the Ontario College of Art and Design, a Master’s degree in fine arts from the Rhode Island School of Design, and a bachelor’s degree in science from McGill University, Goel’s practice combines art and science to explore human relationships with landscape, other animals, and each other.

Additionally, Goel is currently completing a Master’s degree in science with an interdisciplinary focus, split between environmental engineering and aesthetics, looking at how aesthetics and design influence the success of sustainability projects.

STEAM attempts to diffuse some of the anxiety and intimidation around science by allowing individuals to look at scientific concepts through different forms and media.

“It gives non-science students a way to enter into a field that they generally feel is quite closed to them,” said Goel. “There is no judgement in it. It’s a place for exploration of ideas and play.”

While STEAM initiatives have been popular in the states for a while now, they are only just gaining traction in Canadian scientific communities.

Beakerhead, the annual STEAM festival in Calgary, is celebrating its 4th year from Sept. 14-18. It can be thought of as the science version of Nuit Blanche – a huge spectacle mashing up art, science, and engineering into four days of events.

“STEAM is a reminder that science is creative and that the roots of scientific research are fed by wonder and hope,” said Goel.

“It is really great for kids and adults who are non-scientists, but also for those deeply embedded in the discipline. It celebrates science by reconnecting it to the body and senses, to aesthetics, humour, and fun.”

It’s through the different senses and different media forms that one can really acknowledge how broad the field of science is and how varied the questions scientists are trying to answer are.

“A graduate student from computer science, Stela Seo, has made a robot that paints when it receives a piece of music,” said Goel. “You input a piece of music, the robot translates that piece using an algorithm and it paints a picture directly resulting from those sounds.”

“It’s really lovely and inventive, and it’s pretty funny too.”

This activity is just one of the things to see at Science Rendezvous that crosses the boundary between science and art.

Goel is looking for all the help she can get in ensuring that this event is a success. If you are interested in helping out, get in touch.

Science Rendezvous takes place on Saturday May 7, 2016, from 11 a.m. to 3 p.m. at the University of Manitoba’s Fort Garry campus. For more information or if you want to get involved, check out http://www.sciencerendezvous.ca/university-of-manitoba/ or email sciencerendezvous@umanitoba.ca.

Sorry About the AIDS