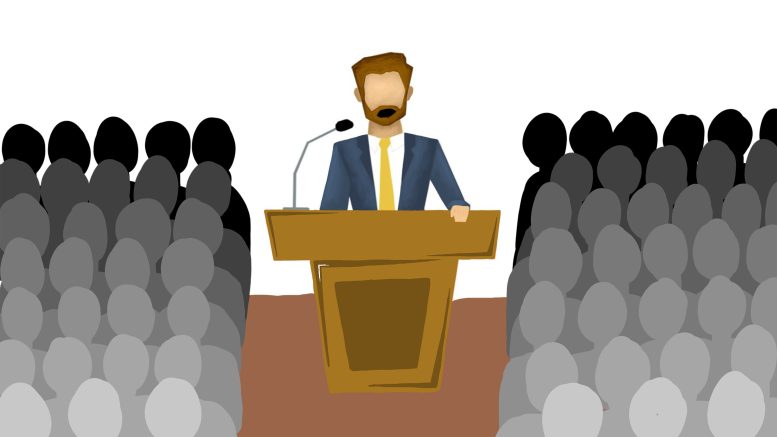 The University of Manitoba Students’ Union (UMSU) was unable to present its recent referendum results at the Canadian Federation of Students’ National General Meeting in Ottawa, Ont. near the start of the fall term break.

The presentation did not occur because the conference was unexpectedly suspended for unrelated reasons.

UMSU’s referendum, which asked students to vote on whether the union should remain a member of the Canadian Federation of Students, saw the UMSU-board-supported “vote no” side emerge victorious with just over 54 per cent of the vote.

In an email sent on Nov. 15, Canadian Federation of Students chairperson Marie Dolcetti-Koros said that the National General Meeting had “temporarily recessed, as programming was altered during the in-person meeting in order to attend to various delegate needs that arose.”

She said that a virtual meeting will be scheduled soon, at which time UMSU would be able to present the results of its referendum.

At a Nov. 17 UMSU board of directors meeting, Rykiss announced that the union had brought forward an emergency motion to leave the Canadian Federation of Students. The motion was supposed to be presented at the closing session of the conference, but was not due to the session being delayed.

When asked why the closing plenary was delayed, Rykiss said he had not been given a reason.

“I can’t comment necessarily on why because they didn’t tell us why they cancelled it,” Rykiss said.

“What we know is that it was cancelled the night of or the night before. There were some issues that went on at the conference. I’m not going to comment on them now,” he said.

“I will say UMSU was not involved in the issues that had happened.”

Rykiss said he was told that the closing plenary session would now take the form of a virtual meeting, although he stated that he did not know when it will take place or how it will work.

He added that as long as the Canadian Federation of Students still allows UMSU to present its motion at the virtual closing plenary, the motion should still be debated during the session.

“Our team continues to maintain that the [Canadian Federation of Students] is not adequately serving the needs of University of Manitoba students, and that withdrawing from this organization is the best course of action in service to our members.”

While UMSU continues its attempts to leave the Canadian Federation of Students, the union is being sued by the federation over $1 million in owed membership dues, which the federation alleges UMSU has not paid since 2018.

Where do those student fees go?