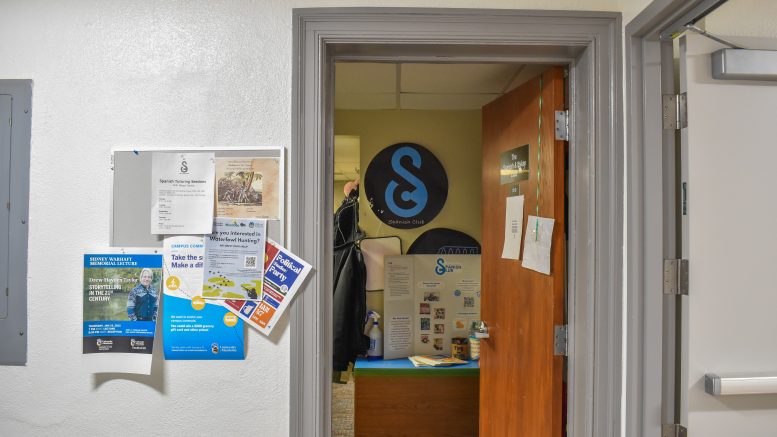 If you find yourself passing through the bottom of the Tier Building on Jan. 27, you’ll be greeted with a variety of aromas emanating from the U of M Spanish Club (UMSC) and its first event of the year — an international potluck.

UMSC has hosted potlucks before, focusing more on Latino and Spanish-speaking students. However, the potluck being hosted Friday is expanding internationally to accept dishes from all cultures.

Rosie Guillen, co-vice president and communications director of UMSC, explained, “we just want to try different foods, we want to give everybody the chance to really do that and also to talk to each other, because we have such a large group of people come to the Spanish club every day.”

Guillen explained that because the club is consistently filled to the brim with members, they decided to host an event where everyone could connect with each other.

“We decided, ‘how about if everybody gets to know each other for a day and bring in their food?’” she explained.

The club was originally formed by the faculty of arts, but its student members eventually got together and became recognized by UMSU.

However, due to complications with procedures during COVID-19, the club is currently not recognized by the union.

Regardless, the intention remains the same for UMSC — they want to form a community.

“We just wanted to make it a huge community of people who want to learn Spanish, are interested in the culture and a place just to hang out in between classes,” Guillen said.

The club has other upcoming events, such as a karaoke night in March and Valentine’s Day events Feb. 13 and 14.

Concerning the potluck, Guillen told the Manitoban that she is excited to get the chance to learn about other cultures and their cuisine, how it’s made, what goes into it and how it comes together.

“All different countries use different spices altogether and it’s nice,” she said.

The club is open to anyone, and welcomes students who are curious about a culture and country that they want to learn more about. It’s a space that encourages students to learn about Latino culture and culture from Spain from members who have connections to them.

Getting off the food chain-gang

Wizards of Winter bring holiday jams to the stage

Sex and the Campus