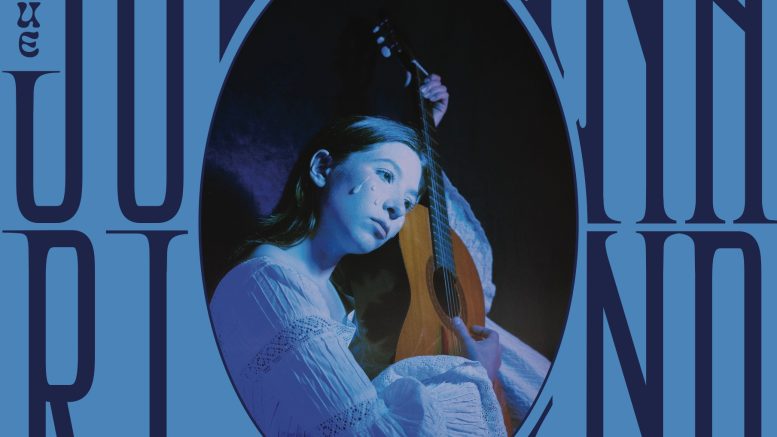 On her first album, Julianna Riolino is already entering her blue period, looking at her past and the musical past with a newfound clarity.

Up until this point, Riolino has been known as the firecracker sideman to Daniel Romano in his Outfit.

The Outfit is, by my estimation, the best live rock band playing right now, performing hyped-up classic rock reappropriations with a frantic, ecstatic energy — equal parts religious fervor for the past greats and punkish desire to rip the throats out of the audience.

In my eyes, the closest analogue to Daniel Romano’s Outfit is Rolling Thunder-era Bob Dylan due to its coked-out intensity and eccentricity, with Riolino playing the role of the wild-eyed frontwoman dashing around the stage. But her own debut record All Blue is distinctly slower, dreamier and more reflective.

It’s evident that Riolino has a lot of reverence for the classics, but she seems more interested in the lush, cosmic country of the Laurel Canyon scene than the nerviness of late ’70s rock. Her vocal prowess and undeniable charisma remain, but these powers are mostly used to bring the listener into a warm embrace, rather than tearing their head off like the Outfit does.

Much of the Outfit appears on the record, shredding when required but mostly staying restrained, foregrounding their propensity for deep groove. What really shines here is Riolino’s voice, often double-tracked in harmony with itself. She is by turns sweet and soulful, yet biting and powerful.

Second track “Isn’t It A Pity” lifts a hook from the George Harrison song of the same name, and moves in hypnotizing waves, slowly lifting off into soaring choruses before cycling back around to a labyrinthine verse.

Elsewhere the Nashville influence is more apparent, like in the charming old country waltz “Queen Of Spades,” which sees Riolino spinning one-liners and sly similes before wailing her way into the chorus.

Lyrically, there is a shade of mysticism that ties things together. In songs like “Hark!” Riolino reflects on the metaphysics of relationships, calling her love “a dream, celestial beaming” and describing her image reflecting back to them in blue. The aching “Archangel” further overanalyzes a personal relationship, to the point where Riolino questions her own sanity and pleads with God.

All Blue is a very impressive debut. The songs are lush and thoughtful, the performances deeply passionate and the vibe is unified and introspective.

All Blue is available on major streaming services.

A view to a new world through painting