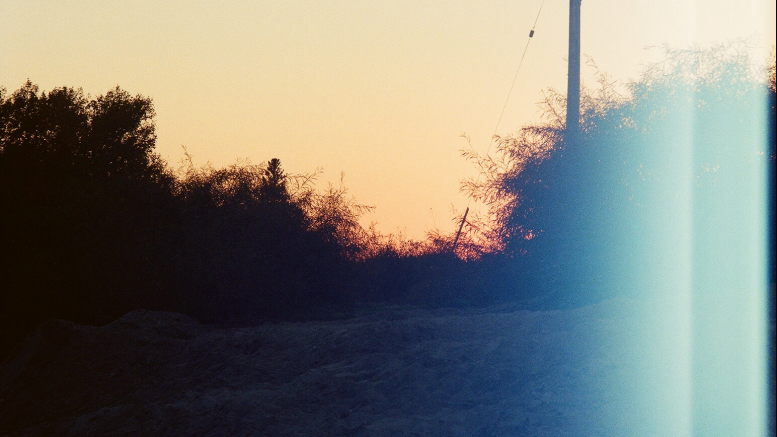 Sunny Day Lake Music is both a completely apt and ironic way to name the debut compilation EP from Dangler. There is a sort of musical breeziness to some of the tunes and arrangements, but thematically it could not be any further from a sunny day on the lake.

Dangler is the newest pseudonym for Lino D’Ottavio, who has gone by many other names, perhaps most notably releasing a number of drone projects under the pisces// moniker.

D’Ottavio was also a member of the great band Baseball Hero, and is a fairly prolific producer and engineer, working on projects by Jamboree, meadows and Viewing Party.

Sunny Day Beach Music is the first real solo pop record he has released. It compiles songs from the past five years, most of which were written long ago but modified recently.

Opening track, “But I” is a quick burst of desperate, self-lacerating energy. It eventually builds from its stark guitar and vocals, opening to an overblown noise folk middle section reminiscent of Elephant 6 recordings.

“U Know” opens as a breezy indie rock strummer, but eventually builds to a loose guitar solo and a mess of background screams after the song’s concluding lament that “everything hurts.”

“Grody” is an unappealing title for what is a quite pretty piece of slowcore-inflected balladry that verges on anthemic, despite its defeated tone. Gang vocals and soaring lead guitar lines intertwine in the song’s uplifting middle section for a real lighters-in-the-air rock moment.

“Ear” is possibly the highlight of the record for me. A pop song with a massive chorus and a bouncy, slightly bossa nova verse section that is made just the right amount of obtuse, with loose, lo-fi drum tracks and another dose of overblown production in the song’s climactic final chorus.

“New Wave” is a sharp left turn into synthpop, and leads well into the gorgeous ambient interlude, “Sand,” that drops us straight into the bubbly final track.

“Beach Song” is almost a love song, and notably more self-assured lyrically than the other tracks. It’s a great closer, feeling genuinely climactic on an album filled with high points.

Sunny Day Lake Music is some of the most detailed, spirited and exciting indie rock to come out of Winnipeg this year. Rock fans of all stripes, listen up.

Musical mashup of old and new

Sound art and experimental music for all