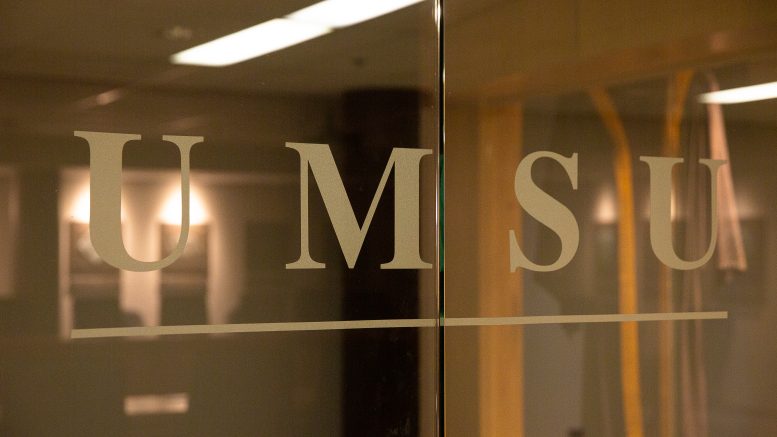 UMSU president Jaron Rykiss is speaking out following a lawsuit from the Canadian Federation of Students over unpaid dues amounting to nearly $1 million.

While he could not comment on the lawsuit itself, saying that UMSU has still not been served and that the union still lacks information from the federation, Rykiss weighed in on the union’s plans for its relationship with the federation moving forward.

The Court of King’s Bench of Manitoba requires that once a suit is initiated, the statement of claim must be served within six months of being issued.

In the meantime, Rykiss said that the UMSU board is “ready to start the process of evaluating our membership in [the federation].”

Rykiss reported that during this past Thursday’s board meeting, UMSU passed a motion to hold a student referendum regarding whether or not UMSU members wish to stay with the federation. While he said that the board has voted to endorse a side, he did not share its decision. That way, students can “participate in the democratic process.”

According to Rykiss, students currently pay a total of roughly $415,000 every year to “be a part of an organization that we haven’t been getting benefit from in a really long time.”

Rykiss said that if the university was a smaller institution, it would be “easier” for members of the union to receive benefits. He said that since UMSU provides its own services, such as the Studentcare health plan, some of the issues that the federation advocates for add no extra benefit.

“The organization as a whole, advocacy-wise, it’s very hard to get your voice actually be heard when it comes to them making decisions about what to advocate for,” he added.

While Rykiss expressed his concerns regarding a continued membership in the federation, he highlighted the benefits of the union’s relationship with the Canadian Alliance of Student Associations (CASA).

Rykiss said that because CASA focuses more on federal advocacy than the federation, they allow the elected student executive to determine how to advocate for their constituents provincially.

“It allows us to be in charge of what our advocacy looks like,” he said.

He added that compared to the hundreds of thousands of dollars that the Canadian Federation of Students charges, CASA collects around $50,000 from UMSU members annually.

Federation chairperson Marie Dolcetti Koros was unavailable for an interview, but reiterated her previous statement on the issue.

“The Canadian Federation of Students engages with member locals in good faith, and has tried to engage cooperatively with UMSU over the past four years to remit collected member dues,” the statement reads.

“The federation calls on UMSU decision makers to remit the outstanding four years of collected student fees, now totaling over 1 million dollars, to the national and provincial student movement so that we can continue our meaningful outreach and advocacy work with — and for — students.”

Rykiss said that right now, the only information that UMSU has been given is that a claim has been filed.

“We’re in this position now where our student body is nervous about what’s going to happen, and we want to be able to quell those concerns and support the student body,” Rykiss said.

In 2011, the University of Victoria Students’ Society went to court after submitting a decertification petition to the federation which the federation called invalid.

In 2010, students in the University of Guelph’s Central Student Association (CSA) voted in favour of defederating, and the federation again did not recognize the vote. Over the next two years, the CSA spent $407,000 in legal fees defending its members’ decision.

Back in 2010, a B.C. Supreme Court judge wrote that in light of the amount of cases being fought by the federation, “those students headed for careers in the law should be able to find plenty to do.”

At the U of M, Rykiss is looking forward to the referendum that the union plans to hold, and said that UMSU will announce the dates once they’ve been confirmed.

“Whatever comes of this referendum, I want students to know that we are going to listen to that,” Rykiss said.

“Whatever comes of this, just know that we’re excited to look to try to save students’ money, to advocate better for them and to provide better routes for advocacy going forward, and hopefully we can explain our case well enough to students.”

Legal aid in the works for UMSU members