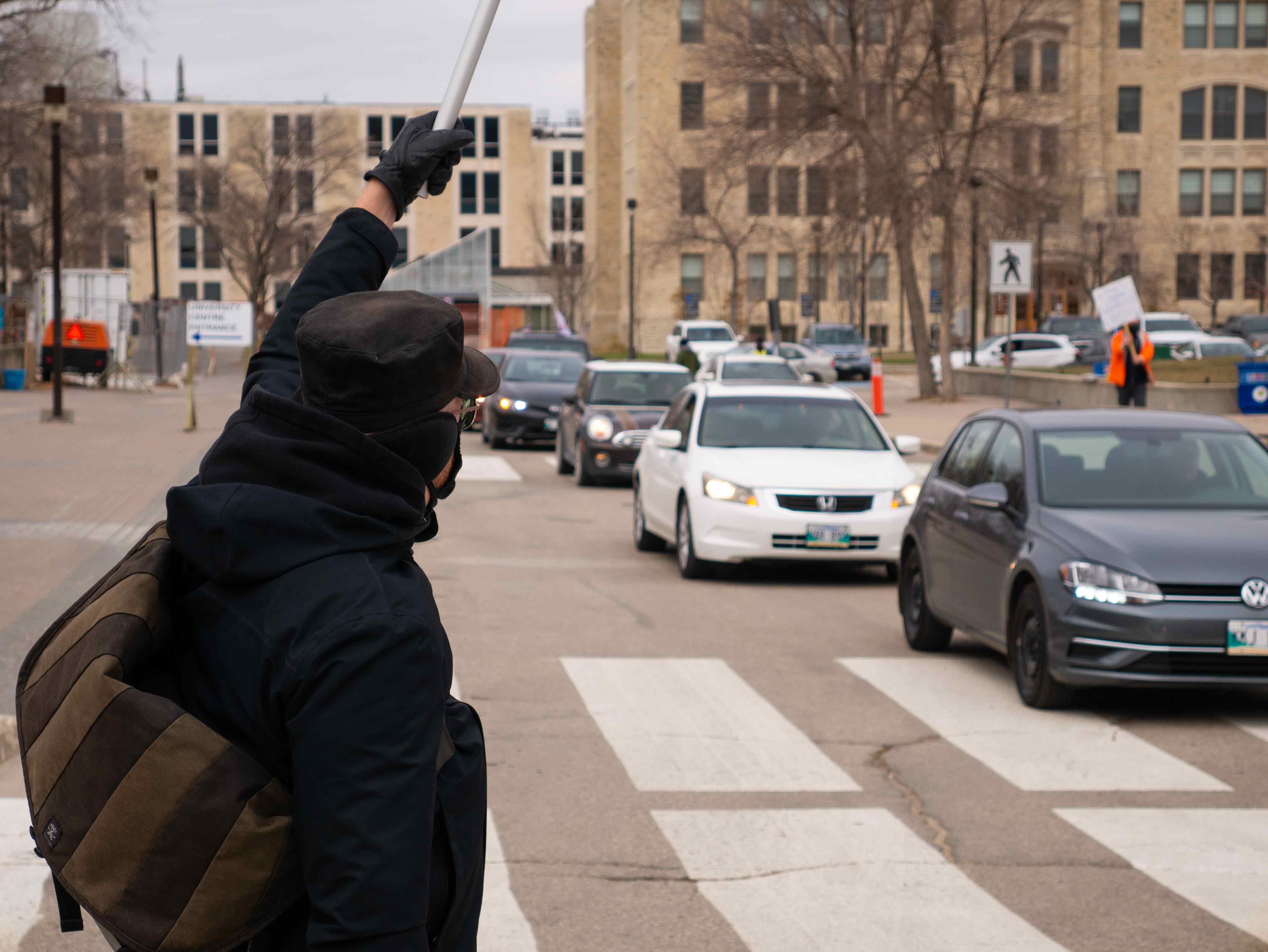 The possibility of a strike has been growing amongst the University of Manitoba Faculty Association (UMFA), who this weekend voted in favour of a strike against U of M’s refusal to negotiate wages.

There was 85 per cent turnout to vote and 80 per cent of those union members voted in favour of potential strike action. UMFA has called for a protest this Thursday at the legislature.

If the university administration does not either agree to binding arbitration, a process where two parties seek a binding resolution by an agreed-upon third party, or resume negotiations in good faith, UMFA may begin a strike.

In the event of a strike, UMFA members will not be conducting classes or answering student emails. Some teaching faculty may even temporarily revoke access to course content on UM Learn.

Courses taught by sessional instructors — who are members of CUPE 3909, not UMFA — are expected to continue.

UMFA has been re-negotiating a collective agreement since Aug. 20 after a ruling in June that the Public Services Sustainability Act (PSSA) — a 2017 bill which was never proclaimed but was used to freeze the wages of public employees at current levels — was unconstitutional.

The association and the administration have met eight times for negotiations.

UMFA president Michael Shaw said the main issue is the University of Manitoba’s refusal to “bargain in any significant way with us.”

According to Shaw, the university has not budged on its position on the issue since its first meeting this summer.

This fall, undergraduate enrolment at the university is up 3.2 per cent from fall 2019.

UMFA is asking for “a more equitable salary grid, a modest increase to wages for the 2020-2021 contract year and extra supports during the pandemic for those with dependent care responsibilities,” according to an UMFA press release from Nov 2.

The union also asks that the original wage offer that was taken off the table in 2016 after the PSSA be brought back and that the wages denied be paid to UMFA members.

Despite court rulings against the PSSA and provincial government interference, which resulted in a UMFA strike in 2016 — for which the administration was fined by the Manitoba Labour Board a year later — the provincial government has once again mandated the university administration to offer no wage increase, which, according to the UMFA press release, the U of M seeks to maintain.

UMFA is the first public sector labour union re-negotiating collective agreements since the June ruling against the PSSA.

“We have an obligation to all the other public-sector unions in Manitoba to not accept this zero [per cent offer] because that law is unconstitutional,” he said.

In a message to students sent through email, the University of Manitoba president Michael Benarroch and vice-presidents maintained that administration is “ready to return to the bargaining table at any time.”

They said the priority is the wellbeing of students and that “the universities remains committed ultimately to bring UMFA salaries more in line with salaries at peer universities.”

According to a statement made by UMFA, faculty compensation is currently ranked 13th for professor and associate professors and 14th for assistant professors out of 15 similar post-secondary institutions in the country.

In contrast, the former president of the University of Manitoba, David Barnard, earned a salary of $452,000 in 2016, one of the highest for university administration in the country at the time.

This year, the university also saw a permanent one per cent cut to provincial funding accompanied by a one-time cut of four per cent — the one-time cut accounting for close to $14 million.

In a presentation to the UMSU board of directors at its meeting on Oct. 22, Shaw claimed that, currently, the University of Manitoba has an operating surplus of $250 million — up $150 million from 2015.

“They have the money,” said Shaw in a later interview, referring to the U of M.

“We want to do good with that money.”

Shaw reported that UMFA passed a motion last Monday, declaring that any back-pay dues resulting from collective bargaining will be used to create a bursary for primarily BIPOC students.

On Monday, UMSU held an emergency board meeting to vote on a motion to support UMFA’s request for binding arbitration.

Prior to the meeting, UMSU president Jelynn Dela Cruz said, “remaining neutral isn’t necessarily something that a student union should be considering.”

Students should consider “not only the academic ecosystem and fair treatment but also the quality of learning that we receive as a result.”

“We need to use our influence and our voices in a way that can shift the momentum or the direction that any discussion is going,” she added.

UMSU has released statements highlighting concerns about stress and uncertainty that an UMFA strike would bring on top of the COVID-19 pandemic.

UMSU’s board of directors voted in favour of a motion supporting third-party binding arbitration in an emergency meeting convened Nov. 2. The vote was unanimous and signalled support for UMFA’s push for binding arbitration to settle salary negotiations between itself and the university.

Dela Cruz said UMSU will immediately begin work on a petition with UMFA to pressure the administration into accepting binding arbitration.

This past week, the U of M Graduate Students’ Association (UMGSA) voted to support UMFA’s demands.

Shannon Furness, a political studies honours student in her fourth year, said she feels the university administration is taking advantage of the COVID-19 pandemic — using student frustrations and uncertainty to turn student opinion against UMFA.

“It just gives the administration an opportunity to use students as leverage if students are unaware of the reasons why they should be supporting UMFA, and I think that’s actually a main reason why a lot of students are getting pissed off at this.”

Starting her degree in 2016 — the year that UMFA went on strike for three weeks for reasons similar to now — Furness also recalled the uncertainty of classes taking place, when exams would be and when assignments would be due.

Furness also raised concerns that student-employees — such as teaching assistants and markers at the university — are not being adequately represented in current messaging from UMSU.

“My pay depends on the hours that I put in, and if classes are cancelled, I can’t lead discussions, I can’t mark assignments because those aren’t coming in.”

A lot of students that rely on positions at the U of M, especially during the pandemic, “need them to pay rent, and they need them to pay for food […] and the basic necessities of life,” she said.

In Furness’s opinion, a strike would be “entirely to the fault of the University of Manitoba.”

She went on to say that, if there were a strike, she would hope that the university and UMFA “would come to some sort of agreement, or it would get resolved very quickly, knowing that it’s not in the interests of both parties.”