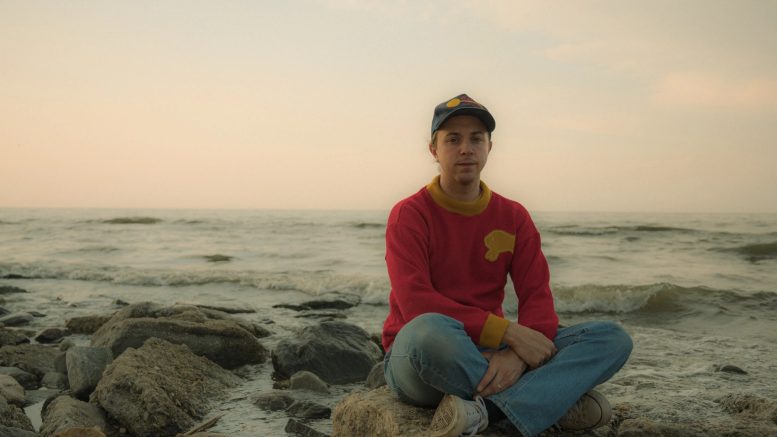 Matlock, Man.’s Micah Erenberg has been a fixture of the Manitoba indie, country and folk scenes for years, and has re- leased a few excellent albums that have shown off his sharp song writing abilities, dry, witty delivery and keen ear for production.

Despite operating in genres dominated by singer-songwriters performing under their own names, Erenberg has always felt uncomfortable being the one name put to his music.

“I had put out this music before under my own name, and then I was playing with so many different people and was showing up with a band and then calling it my own music, which didn’t really make too much sense to me,” he said.

His studio, the Secret Beach, located on an actual secret beach, was the namesake he chose instead.

“With this album in particular, I made almost all of it in the same studio space that I’ve been working in since I was a teenager, since I was a kid really,” he said. “So, there’s definitely an ambience of the environment that sounds very similar to things I did when I was 14 or 15 years old.”

And even beyond those meaning-laden walls, Erenberg notes that the “Secret Beach vibe” carried over to the other locations of recording, following him around.

Erenberg said this loose association means things can be “more fluid, and more people can be involved,” adding that although this first album is comprised of his songs, he hopes to open things up to include songs from others that come through the studio or enter communion with the Secret Beach vibe.

The contributors list for Songs From The Secret Beach is quite star-studded, with appearances from Winnipeg’s Boy Golden, Kacy Lee Anderson of the wonderful Kacy & Clayton.

The album also boasts mixing credits from Rob Schnapf, a producer involved in numerous classics within the indiesphere including records by Beck and Elliott Smith, both of whom Erenberg cited as important touch- stones for the project.

In his Instagram bio, Erenberg sums up the sound of The Secret Beach as “pop country but not what you’re thinking,” he clarified it’s not Florida Georgia Line pop country, but Gram Parsons, Beck pop country.

While he is unafraid to stretch past traditionalist production limits, Erenberg grounds his work in a “strong basis of the song, the lyrics [and] the story being the spine of the whole thing.”

“Maybe it’s pop-folk-country,” Erenberg said. “There’s a lot of guitars going on and a lot of G chords.”

But paired with this folk or country sound are plenty of synthesizers and swirling Mellotrons.

Though these genre and project boundaries might sound vague and confused, Songs From The Secret Beach is completely coherent thanks largely to Erenberg’s impeccable song craft.

His plainly stated lyrics are refreshing, and though the wide-ranging genre touchpoints are evident the production never threatens to distract from the songs, only ever tastefully adding to the story.

Songs From The Secret Beach is streaming on major platforms Aug. 24 with a release show the same day at Blue Note Park.

From back of the merch table to front of the stage