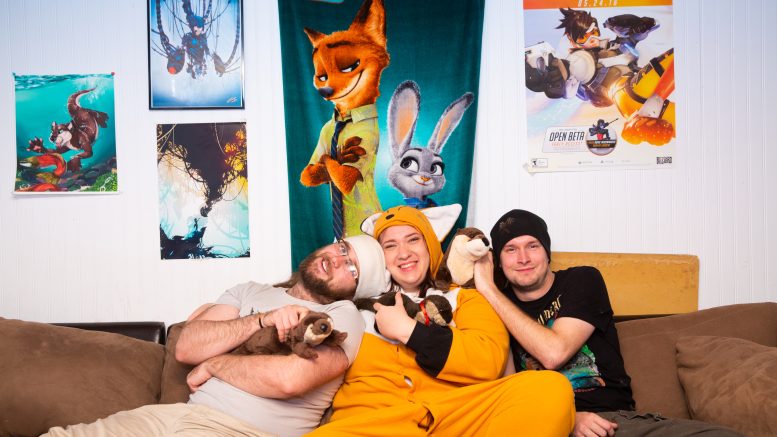 When circumstances get hairy, humans rely on each other for support. Fandoms offer a place for people to forge those crucial and supportive connections based on mutual interests.

Manitoba is home to a thriving furry fandom. “Furries” is a term that applies to anyone with an interest in anthropomorphic creatures like Bugs Bunny. While the fandom encompasses all levels of interest, some furries are just fans.

Some furries’ engagement with the fandom goes deeper. Furries sometimes choose a “fursona” — an animal-inspired persona — for self-representation. Perhaps the most famous form of expression in the furry community is the construction of fursuits. The suits are elaborate and very costly costumes.

Manitoba Furries is a group organized by individuals who act as dedicated liaisons, event planners and more for the furry community in the province. Tyler Neplyk, community director of Manitoba Furries, explained that he is tasked with anything from intra-group conflict resolution to acting as the first point of contact for new members of the community.

Neplyk described his role as the “fetching of other animals and organizing meets, and discussing stuff with communities and removing drama.”

He estimated that Manitoba Furries is comprised of over 500 members, but added that it is difficult to truly determine membership numbers across different social media services.

Second, semi-private fur meets are held at the home of one of the group members, and invite members to participate in baking, movie nights or art.

Third are the less-frequent conventions, with panels, game rooms and other activities.

Manitoba Furries has even offered advice to parents of children who are furries and have a budding interest in the fandom.

The COVID-19 pandemic has periodically disrupted the group’s programming.

However, Neplyk said that adapting to constantly shifting safety protocols during lockdowns was relatively easy to do because of his standard organizational practices. In particular, contact tracing was nearly identical to Neplyk’s eight-year-long habit of asking attendees to sign in at meet-ups.

For in-person events throughout the pandemic, Neplyk stressed that abiding by the provincial and federal governments’ mandates and ensuring members’ safety has been of the utmost importance.

“Every time we would have a meet, we would always start off with, ‘if you’re feeling sick, don’t come over,’” Neplyk said.

“We made sure that it was safe for everyone.”

The group strove to combat social atomization through uncertain times by translating some of its typical programming into virtual formats.

“We have to socialize, we’re animals!” Neplyk emphasized. “We’ve got to meet each other, we’ve got to see what’s going on, and so literally we just found ways to communicate, and a lot of them were online.”

Though, Neplyk added that Manitoba Furries’ adherence to social distancing and masking during in-person events received backlash from some members of the community.

“Those people have either been separated from our group since then or have still been belligerent about what has been happening recently,” he explained. “And we’ve tried to make it work for them, but they are still — long story short, they’ve kind of been quiet.”

Part of Neplyk’s job is to defang threats to the community’s safety who seek to infiltrate and take advantage of the group’s culture of acceptance.

“We’re good with dealing with dangerous groups like zoophiles and neo-Nazis and pedophiles,” he said. “They’re like, ‘hey, I’m with you guys too,’ and then we learn that they’re a skinhead or something and I gotta kick them out.”

“I always ask [non-furries], ‘what is the rudest thing you know about furries and how did you first hear about them?’” Neplyk said. “It’s almost always like, ‘oh, they screw dogs and they all get in costume and have sex in a giant room because I saw that on CSI.’”

Neplyk also highlighted a study that found that nearly 80 per cent of furries do not identify as straight, and noted that the stigma attached to the community may be driven by homophobia.

“I’ve also heard the one that all furries have AIDS because we’re all gay,” he continued.

For Neplyk, a self-described extrovert, the furry fandom gives him ample opportunity to connect.

Neplyk added that while it would be nice to be paid for his efforts, he is serving as Manitoba Furries’ community director for reasons other than money.

Manitoba Furries can be found at https://manitobafurries.org/.

A tribute to Dallas Good and the Sadies