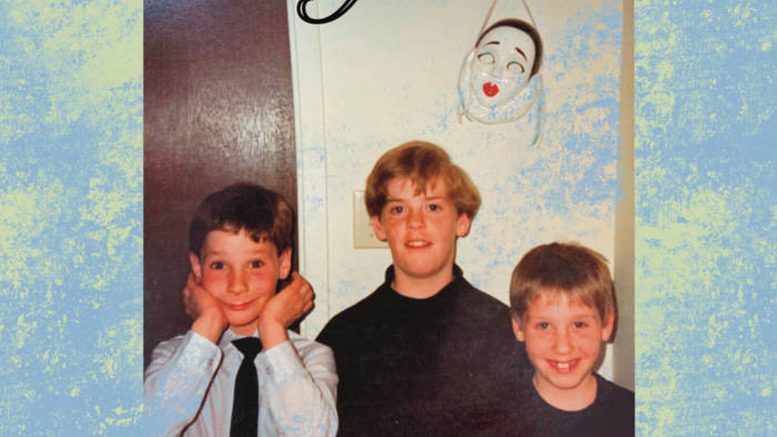 Beginning as the solo project of Isiah Schellenberg, former member of indie bands brite and notme, Winnipeg’s meadows has expanded its membership and established itself as one of the most exciting and prolific acts in the city. Among the three EPs released in the past year, its most cohesive is wild flower.

Meadows’ online presence is meagre and mysterious and its visual aesthetic loose and dreamy, with each release represented by rough hand-drawn sketches or blurry old photos carrying a running colour scheme of sky blues and blank white. The music feels wistfully nostalgic and ethereally pretty but rough around the edges. The recordings are purposefully amateurish: microphone buzzes, out-of-tune vocals, digital distortion and all — but these imperfections put forward a striking vulnerability and sincerity.

Take the opener, “crows,” a song that plunges listeners right into wide-open bliss, with gentle acoustic guitars and synthesized strings swimming in an ocean of white noise and reverb. Schellenberg’s vocals, like those of the best lo-fi vocalists, have a perfect mix of catatonic chillness and open emotion, muttering simple truths and reflective images in an elongated drawl. The mix is hazy and dreamy, but careful to never bury Schellenberg’s voice or the group’s instrumental melodies.

The next song, “turn,” is a quick, seriously catchy pop song, more immediate but still oddly cryptic and unsettling, its unsteady beat and cyclical chorus hobbling along like a malfunctioning merry-go-round. This uneasiness settles on “evelyn,” a truly gorgeous song surrounded by swirling synths and plaintive piano.

The momentum slows on “glow,” an incandescent ballad centred on a humming chord organ and a painfully exposed, aching vocal. The track falls into a mess of sampled conversation and noise, like being overwhelmed by churning sounds while having a public breakdown. This leads into the haunting instrumental “flowers in the kitchen sink,” with its enveloping mix of watery synths and unconventional field recordings. “Rosethorn” and “honey tea,” a pair of comforting indie pop tracks, are stark and bare arrangements, finishing the album on a grounded note.

Wild flower is nakedly emotional, ethereal and frequently achingly beautiful music. The album’s homespun aesthetic might take some getting used to, but for any fan of lo-fi music, this is release is not to be missed.

Locals to Look Out For