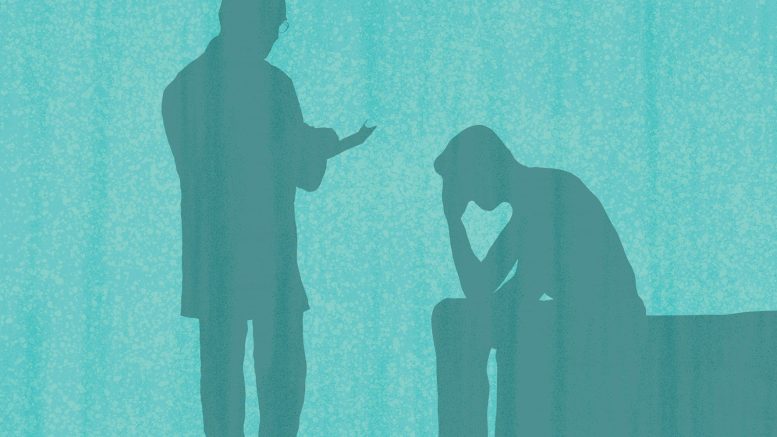 In the first episode of Futurama, our hapless hero Philip J. Fry arrives in the year 2999 and stumbles upon one of the future’s popular suicide booths, where for only 25 cents you can be killed on command.

The concept once seemed like a ridiculous joke to me, but perhaps it is the logical endpoint of an individualistic, capitalist society where we pay no mind to the suffering of large swaths of our populace — if we don’t care of the poor and marginalized in life, why not let them die if they want to. Medical assistance in dying (MAID) has quite an obvious value as a right for Canadians, allowing dignity and relief from suffering to be granted to terminal patients who feel that their lives are not worth living anymore.

The original amendment that legalized physician-assisted suicide in Canada, Bill C-14 in 2016, restricted its application to cases in which patients endured “intolerable” physical or psychological suffering. They were also required to have reached a point in their affliction where “natural death [had] become reasonably foreseeable,” ensuring that only those likely to die of their ailments could seek to expedite the process.

But Canada’s regulations for MAID have expanded dramatically due to the passing of Bill C-7 in 2021, which removed the stipulation that natural death must be foreseeable and opened MAID eligibility to those with disabilities and other non-terminal afflictions.

Writing to the Canadian government, three UN human rights watchdogs expressed their concern regarding the widening of MAID eligibility.

Special Rapporteurs Gerard Quinn and Olivier De Schutter as well as independent expert Claudia Mahler argued that normalizing life-ending for those without terminal conditions may lead disabled people to “disproportionately feel the need to end their lives” due to social factors and material pressures.

We have already seen cases in Canada where people without access to disability care or adequate housing choose death because we as a community have failed to care for them. For instance, a disabled 31-year- old in Toronto was unable to find suitable housing with her insufficient disability stipend, driving her to apply for MAID.

Or take the case of Roger Foley, a man who suffers from a neurodegenerative disease who testified to the House of Commons that he was “coerced into assisted death by abuse, neglect, lack of care and threats” because his caregivers found caring for him to be too odious of a task.

Providing the option for people with disabilities to seek physician- assisted suicide while refusing to provide sufficient income assistance, affordable housing or reliable care does feel like a nudge in a certain direction.

This feeling is put in stark relief when looking at the Office of the Parliamentary Budget Officer’s cost estimate for Bill C-7’s expanded eligibility, which sunnily assesses the increase in deaths as representing a $62 million net reduction in health-care costs.

Our existing care services are in disrepair and instead of looking at ways to allocate more money toward health care, we are accepting budget savings by expanding eligibility for physician-assisted suicide. The aforementioned UN experts suggested in their report that our current public health climate provides such a lack of social support that “free choice may not exist” for people with disabilities faced with the choice between life and death.

If taken in the worst way, there is an argument to be made that pushing people with disabilities into physician-assisted suicide by providing insufficient care is comparable to eugenics, and as such should be strongly condemned. Accepting the deaths of people who are not in danger of a natural death and who suffer because of our failure as a society to properly care for them is an abject moral failure for Canada.

Every person deserves access to the care and resources they need. Prioritizing the right for people with disabilities to commit physician- assisted suicide ahead of their right to lead a comfortable life is a hideous reflection of our society’s values.

How Trudeau turned his brick house into straw

The dance revolution keeps on revolving