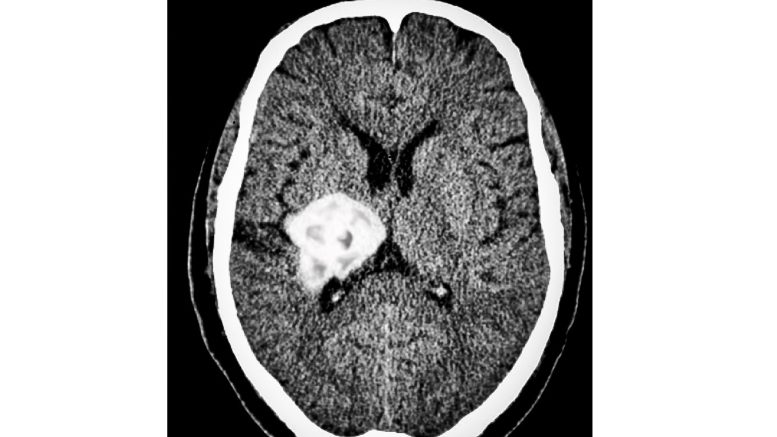 Scientists across the globe are taking massive steps in the long-standing quest to cure cancer by optimizing treatment regimes, developing new classes of cancer medication and expanding our understanding of the disease.

Among those contributing to our understanding of cancer is University of Manitoba professor and head of the department of human anatomy and cell science, Sabine Hombach-Klonisch, who sought out the mechanism of brain tumour development.

Her laboratory-based research is on both primary and secondary forms of brain cancer. Primary brain cancer involves tumour growth that originates within the brain, whereas in secondary brain cancer, cancer cells initially begin in a different part of the body and progress to the brain.

Hombach-Klonisch is currently focusing on the subtypes of breast cancer cells that metastasize — spread to the brain — which results in secondary brain cancer.

“I’m interested in this because brain metastasis are so difficult to treat at the moment,” she said.

Hombach-Klonisch explained that minimal progress has been made when these cancer cells have spread to the brain. The challenge is that researchers need to first understand how breast cancer cells “colonize” the brain by penetrating the blood-brain barrier — a protective cell layer between the brain tissues and blood vessels — and proceed to thrive within the brain.

Many drugs used in cancer treatment insufficiently penetrate the brain due to the blood-brain barrier, so treatment of brain tumours may be rendered unsuccessful. Hombach-Klonisch noted that the cancer cells evolve when they grow in the brain due to differences in micro-environment and interactions between surrounding cells.

“They talk to each other and we have not fully understood what that conversation is and how that influences the response to treatment,” she said.

To study these underlying mechanisms, Hombach-Klonisch uses experimental models in understanding interactions within the microenvironment which could lead to more efficient treatment for brain cancer. By using functional organisms, specifically mice, Hombach-Klonisch is able to develop models that mimic human tumour development.

With an interdisciplinary team of scientists, neurosurgeons and pathologists at the U of M, Hombach-Klonisch uses tumour tissues from solitary brain tumours removed from patients. These isolated cells are then cultured and used in these mouse models.

In Hombach-Klonisch’s recent mouse model, the cultured cells were injected into the left-ventricles of the mouse heart, allowing the cells to circulate within the blood and invade the brain — similar to tumour cells within the human body.

According to Hombach-Klonisch, this can take as long as three months.

“You have that mouse sitting there, and you don’t know whether this mouse will develop brain metastasis,” she said, “and suddenly you’ll realize that [the] mouse gets sick.”

Furthermore, Hombach-Klonisch mentioned that limitations may arise as the mice used in the models need to have a suppressed immune system, otherwise the human cells injected into their bodies would be rejected. Still, these animal models allow the researcher to study treatment responses and understand the responses to these human cells in the mouse brain.

On a molecular level, Hombach-Klonisch is able to analyze the changes and response of microglial cells and astrocytes — specialized cells in the central nervous system that perform many roles in the brain, including maintaining the blood-brain barrier — under treatment.

“If we understand more about that, we may be able to help improve the treatment responses and really improve in the long term,” she said.

Currently, Hombach-Klonisch is doing high-throughput screening  with collaborators at the U.S. National Institutes of Health, which is used in drug discovery to identify specific biological compounds.

As a single mouse model is insufficient for general applicable drug development in brain cancer, Hombach-Klonisch hopes to develop even more models.

She explained that the molecular response of the mice models, such as the changes in gene expression and different proteins present at different treatment stages, are essential in understanding the resistance mechanisms of the tumour.

In the history of cancer treatment, Hombach-Klonisch noted that the use of a single drug was rarely effective. Understanding these mechanisms opens the possibility of developing dual strategies for treatment, ensuring patient longevity.

“We’re trying to get a dual treatment where we have a better chance to kill more cancer cells more effectively without harming the body cells too much,” she said.

“We can have a better life for the patient.”

The uncertain future of antibiotics