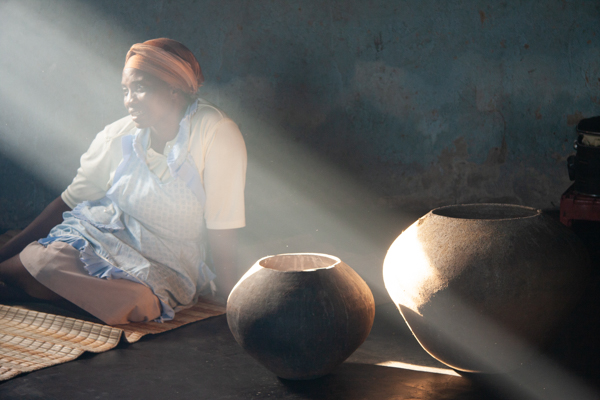 Fingerprints identified on ancient pottery have called into question our assumptions about gender roles in ancient cultures. It was previously a widely held belief that in hunter-gatherer societies, men hunted and women gathered. A University of Manitoba researcher has recently added another piece of evidence indicating ancient humans cared less about gender and more about community.

Kent Fowler, associate professor in the department of anthropology, presented his research in the Centre for Social Science Research and Policy’s social science speakers series on Feb. 3 via Zoom.

Fowler’s primary research looks at remnants of precolonial African kingdoms. This interest led him to discover a group of researchers doing anthropological work with fingerprints.

“Out of these questions that I have about the identity of artisans and how crafts organization plays out in different parts of the world at different times has come this constant nagging question about how […] we know who the people [were] who made this,” Fowler said.

“And so, for about 20 years, I’ve been monitoring this very bizarre fringy sort of research that’s been happening on fingerprints, hoping that someday […] we would be able to really use this to say something interesting.”

Fowler and his co-authors have used fingerprint identification to determine the sex and age of individuals involved in making pottery. From this, they have broken down some of the expectations of gender roles in ancient social life.

Over the past two centuries, dactylography — the study of fingerprints — has enhanced researchers’ ability to identify individuals from objects they once interacted with.

Dactylography emerged in the late 19th century and was quickly adopted by law enforcement agencies as a means to identify criminal suspects. Fingerprint research has been used by archeologists since the 1960s to distinguish individuals and since the 1990s to identify the demographics of individuals leaving prints on pottery, sculptures and other clay objects.

Despite progress in the field coming intermittently, new progress has been made in distinguishing between the sexes and, to a lesser degree, in determining the age of individuals.

Sexual dimorphism in humans — or the fact that males and females have different bodily features — allows anthropologists to gain insight into ancient civilizations. In fingerprints, males tend to have lower ridge density than females. This means that, in a given area, the average male’s fingerprint would appear to have fewer lines creating the characteristic loops, arches and whorls than a female’s print would.

Ridge breadth grows larger with age until hands stop growing after puberty. However, because ridge breadth varies by finger, age estimates are treated as a mid-point of a five-year estimate. This means ages could be off by 2.5 years in either direction.

Fingerprints cure into clay pottery, forming a lasting impression of the ridge density and breadth of the individual working the clay. This provides insight into who was involved in producing pottery and hints at how labour was divided in ancient social groups.

Researchers expected to discover female fingerprints in the majority of cases. This follows from a potentially false understanding that, in hunter-gatherer societies, men were more likely to hunt and women were more likely to gather. Recently, there has been a growing body of evidence challenging a theorized gender divide.

“Actually, what we end up finding is [that] men and women and kids are all touching these things,” Fowler said.

“You have a window of time of about 30 minutes […] before this thing dries. That means those people’s hands were on that […] They’re all there. They’re all handling it.”

What is most striking to Fowler is that these objects retain insights into how they were made and handled by people long ago.

“And to my mind, if you think about it, that is something you can use to seriously teleport yourself into the back, deep into the past […] and it just really breathes this kind of real life into this thing,” Fowler said.

Manitoba budget a blow against the university

The future of anti-austerity mobilization at the University of Manitoba