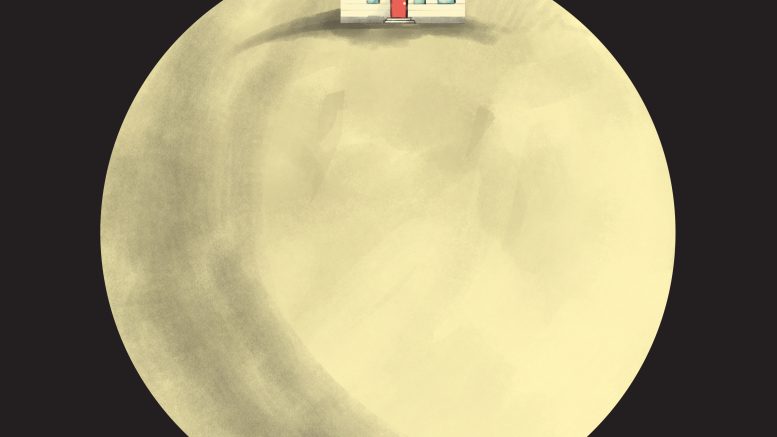 The promotional video for NASA’s Artemis I mission depicts a return to the moon as being
about learning how to live on other planets, in order to venture further out into space. To me,
it sounds like the search for an escape route for when our time as earth-bound humans runs
out due to the climate crisis.

NASA sent the Orion spacecraft and Space Launch System rocket out into the darkness
with no complications on Nov. 16, 1:47 a.m. EST, as the first phase of its Artemis missions.
Artemis I is unmanned and will orbit the moon, mostly to make sure the trip is possible
without malfunction.

The next mission, Artemis II, will carry astronauts in the deep-space-equipped capsule
around the moon as another test, before Artemis III puts the first woman and person of
colour on the surface of the moon by 2024. Following this third mission, NASA hopes to
send people to the moon on an annual basis.

The Artemis program will also establish a lunar station known as the Gateway, as well as
the Artemis Base Camp. The Gateway will allow astronauts to live and work in space,
conducting research to help put astronauts on Mars and advance the exploration of deep
space. Artemis Base Camp is planned to include lodging on the moon’s surface capable of
sustaining human life for as long as two months at a time.

As the possibility of astronauts living on the moon inches closer to reality, countries like
the U.S. are becoming increasingly interested in the economic potential that the moon’s
resources hold for things like manufacturing.

Additionally, NASA expects Artemis missions to begin new industries and create new jobs.
New jobs and industries are good economically, as they raise GDP and lower unemployment
rates. This is good, however this kind of growth also has the potential to further raise
emissions through the construction of new facilities and by fuelling the planes and cars
needed to get people to work.

The interest in outer space has even extended to the military industry, as there now exists
a U.S. Space Force. Actually. I’m not sure if its purpose is to defend the U.S. in intergalactic
battle or to defend the planet against incoming space junk. Who knows if Artemis will
eventually pave the way for a Space Force base on the lunar surface — see Steve Carell’s
Space Force for an idea of what that could look like.

All of this development certainly makes it seem as though the groundwork is being laid for
the colonization of outer space.

However, I think that a scientific organization as prominent as NASA should be more concerned
with keeping our planet from overheating.

The continued rise in temperature of our planet has the potential to be detrimental to the
human species. Rising sea levels, hotter and drier summers and more catastrophic weather
patterns will all contribute to the deterioration of the space humans currently take up.

There was a time before humans, and there will be a time after. I think that prioritizing
expansion into space over solving climate change has the potential to contribute to the
human species going extinct.

To me, the current focus on outer space expansion suggests a future where either we will
die out, or venture into space for extraterrestrial living. Kind of like the plot of Wall·E.

Okay, quickly, let us ignore all the theoretical avenues I’ve taken. If the Artemis missions
do what they are intended to do, research into deep space and our neighbouring planets
could give us answers to questions that have been in circulation since the time of Greek
gods. Astronauts touching down on Mars’s surface might finally discover if life truly ever
existed there.

Space is vast and may be humanity’s next home. On the plus side, NASA’s Artemis missions have
the potential to create jobs, grow our understanding of the universe we are situated in and maybe
even establish another place for us to live. However, we need to make sure we are not prioritizing
outer space expansion over the liveability of our planet.