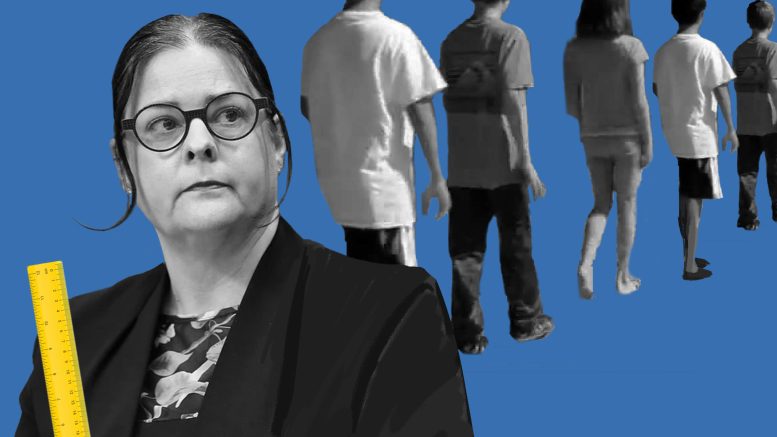 In the early parts of January, Premier Heather Stefanson was dragged through the mud for claiming Manitobans should fend for themselves through COVID-19. “This virus is running throughout our community and it’s up to Manitobans to look after themselves,” Stefanson said. For me, this quote evoked an eerily dystopian image of apocalypse survivors fighting for resources in a libertarian hellscape as their overlord looked on in her ivory tower. Stefanson has thrown equitable health policy out of the window for the health of the economy, and the most vulnerable will serve as the sacrificial lambs by which the divinity of her pragmatic policies rest on.

“We must all learn to live with this virus — there must be a balance,” Stefanson noted. But what balance is she alluding to? Balance with what? It is certainly not balance in our health-care system, which is bursting at the seams with record numbers of COVID-19 patients. Nor is it balance for the exhausted nurses who we have turned to in our times of need and who continue to bear the brunt of this pandemic. No, it is in fact a balance with the economy she is referring to. This was made inextricably clear when she noted the provincial government may stop prioritizing the advice of public health officials and instead learn “from other Manitobans going forward.” The vagueness of the statement reeks of deceit.

While these “other Manitobans” — likely the same people who want late-night venues and casinos open — neglect the health and safety of their neighbours, our most vulnerable are being forced to expose themselves to COVID-19 without consent.

Take students for example. On Jan. 17, the Manitoban government allowed them to return to in-person classes. This left many young people and their families anxious about the rising case numbers in the province. Can we really blame them? If their experience in school is anything like mine, hallways probably overflow with students who likely have a little less than a foot of breathing room, let alone six feet. The crumbling and underfunded public school system is not equipped to provide the infrastructure needed to maintain the safety of students during the pandemic. To make matters worse, the province decided to stop providing close contact notifications for schools, meaning the Omicron variant could rip through their buildings without warning. It was for this reason students from across Manitoba decided to walk out of class on Jan. 17.

The reaction to the walkout was equally polarizing between both students and school administrations. Some students opted to stay in school, noting it was best for their mental health. Meanwhile, others asserted they were concerned with contact numbers and wanted the choice to stay home. In a similar fashion, Kelvin High School principal Tim Cox released a statement supporting students’ right to express their dissatisfaction with government policy through protest. However, officials at Collège Louis-Riel said unexcused absences will be recorded as such.

Students’ political expression via boycotting their education and the institutions that make them feel unsafe is a strange legal grey zone. Many of them are legally minors, meaning that their absences could result in an escalated number of truancy cases in Manitoba. If some schools decide to record absences, parents are financially liable for fines to a maximum of $500. This means, when the government says in-person classes are resuming, it isn’t asking for attendance, it demands it. The province has not come out and explicitly said truancy charges would continue, but officials also have not said they wouldn’t. The closest people have come to an answer regarding this restriction is that the government would monitor absenteeism.

Parents have also expressed some conflicting feelings about the return to in-person classes. Many parents are worried about their children contracting the virus but are equally eager to send their kids back to school so they can return to work. In post-CERB Canada, the reality is either contracting COVID-19 or collecting a much-needed paycheck. As a New York Times article aptly reads, “In the COVID-19 economy, you can have a kid or a job. You can’t have both.”

This is exactly the problem with Stefanson’s approach to her health policy. Whether it be through truancy law or starving parents back to work, students have no choice. In a relevant but somewhat trite quote, India’s ex-president A.P.J. Abdul Kalam said, “Let us sacrifice our today so that our children can have a better tomorrow.” If Stefanson had it her way, the quote would likely read the other way around. By prioritizing the economy over students’ concerns, Stefanson is offering their health as a sacrifice.

U of M libraries offer access beyond online catalogue