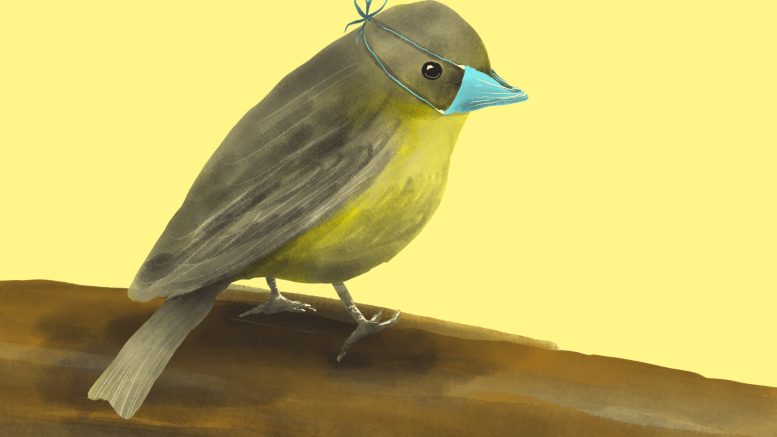 Humans and wildlife are inextricably linked. Our activities directly influence the natural community around us.

Over the course of the COVID-19 pandemic — which prompted nationwide lockdowns — as we altered our behaviour, so did nature.

University of Manitoba post-doctoral fellow in the department of biological sciences and adjunct professor at the U of M’s natural resources institute Miya Warrington sought to find out what birds were doing in response to changes in human behaviour during the lockdowns.

Warrington, who is currently doing research in the United Kingdom, analyzed 25 of the nation’s most commonly observed bird species in her recent publication — including the European robin, blackbirds, mallards, gulls, crows and the great tit, among others.

“We actually leveraged the power of citizen science,” she said. Citizen science is a method of scientific research which involves public participation.

Using eBird — a community-based platform run by the Cornell lab of ornithology — members of the general public were able to provide real-time data of bird sightings, creating an online database for researchers.

“From there we did all sorts of filtering and models just to find things out,” Warrington explained.

Warrington and her colleagues found varying results for different bird species depending on the location being observed.

“We had all these interesting mixed trends,” she said.

Amid the lockdown, public park use and outdoor recreational activities increased. In instances where humans had picnics, scavenger species such as crows and gulls would feed on the waste often left behind. Warrington explained that over time this was not beneficial to the scavenger species, and the crowd in parks seemed to disturb them.

Further data analysis showed that as people spent more time at home in their yards and gardens doing daily activities, sightings of the gray tit bird were significantly reduced.

“That suggests that they were disturbed by people coming into the yards and enjoying it with their pets and spending a lot of time out there,” Warrington explained.

Other species — such as blackbirds — were spotted more frequently. However, Warrington noted that this could have been influenced by humans putting out more bird feeders and baths.

“We changed the behaviour and animals responded, both in good and bad ways,” she said.

Overall, Warrington explained that bird behaviour did not follow a fixed trend, but rather changed depending on the specific human activity — whether we stayed at home and spent time in our yards or gardens, visited parks or drove our vehicles.

According to Warrington, the fact that birds were able to respond to the drastic changes in human behaviour is a positive sign.

“That means that nature can be resilient, right?” she said.

In the wake of the climate crisis and biodiversity decline, Warrington explained that changes in human behaviour can make a great impact on nature.

“But we have to be very careful and thoughtful about it because we know that there’s a lot of little nuances to that,” Warrington added.

Regarding the next direction of her research, Warrington said that she will aim to be increasingly species-specific and analyze threatened species within the community.

“The human behaviour is changing a lot, so the animals will,” Warrington said. “That’s why we started this project.”

Warrington’s project is part of a larger study, which focuses on wildlife behaviour previous to this.

With the sudden pandemic, Warrington and her colleagues saw a gap in this area of research that prompted them to look for answers.

“You’re curious because you’re a scientist, you want to help because there’s a crisis going on,” she said.