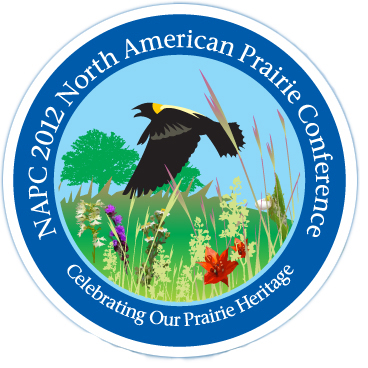 For the first time since its inception, the 23rd North American Prairie Conference (NAPC) was held in Western Canada from Aug. 6 to 10 at the University of Manitoba’s Fort Garry Campus.

The biannual conference assembles prairie experts from across North America—researchers from private, public, and academic sectors—to dialogue over the current challenges facing the conservation and restoration of prairie ecosystems.

According to the NAPC2012 website, the Red River Valley was the very “heart of Manitoba’s Tall Grass Prairie.” The tall grass prairie once extended from Manitoba to Ontario, and on to Minnesota and North Dakota.

“Manitoba’s Tall Grass Prairie was a rich ocean of shoulder-high grasses and wildflowers, wetlands and prairies extending to the infinite horizon in all directions,” states NAPC2012.org.

“The overall tone was definitely optimistic, as everyone in attendance clearly loves the prairies and are trying to conserve/restore them for the future,” stated Lwiwiski.

“However, there was a sense of realism in a lot of talks, reminding us of just how much we have lost, and just how far we have to go to continue preserving, and the challenges that we still face.”

Current estimates state, based on the historical occurrence of tall grass prairies across North America, that only around half of a per cent remains. Lwiwiski explained, “Tall grass prairie is the type of prairie [other varieties including mixed-grass and rough-fescue prairies] that has suffered the most throughout North America.”

Lwiwiski is at the tail end of her degree. Her research took place in Southern Saskatchewan’s Grasslands National Park and focused on the “Effects of Grazing Intensity On Plant Biodiversity and Vegetation Structure in a Northern Mixed-Grass Prairie.” Lwiwiski’s studies were part of an expansive effort by several researchers and graduate students to assess what effects various levels of grazing intensity by cows, bison, and other grazing animals, has on birds and insects in the prairies.

“This project aimed to answer the question of what, in a conservation setting, the grazing intensity should be to maximize biodiversity,” said Lwiwiski.

This effort requires collaboration from all sides of the tall grass conservation issue. Landowners on the prairies may play the most significant role here, noted Lwiwiski, because in the event that they have native prairie habitat on their land and simply do not understand its importance to prairie biodiversity, they may, for example, feel pressured to convert the space into agricultural land.

The message here rings ever more forcefully when, though the majority of conserved landscapes are owned and managed by the states and provinces, “the native prairie … is still mostly privately owned,” stated Lwiwiski.

What remains of the native prairies is an important part of our collective natural heritage, and is indispensable for communities of flora and fauna that still call it home. In Lwiwiski’s words: “I don’t think that we’re going to see [tall grass prairie] restored to anywhere near even a fraction of its historic extent, but I think what is left is being treasured, and we’ll never let it go.”

Protecting our environment and our prosperity