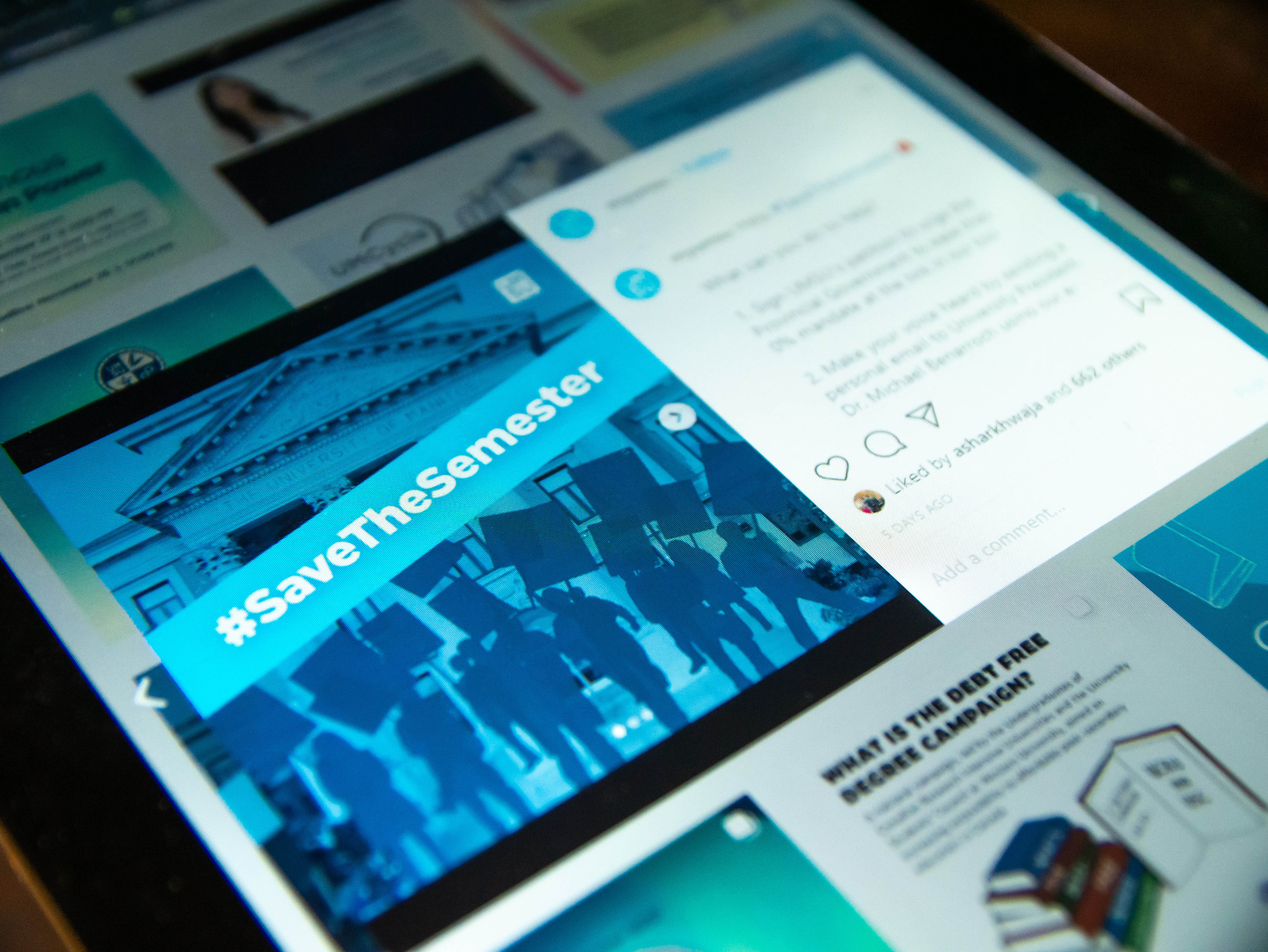 As the labour dispute between the U of M administration and the U of M Faculty Association (UMFA) goes on, the impact it has on students continues.

“We’re seeing students reduced to a bargaining chip, meanwhile we are the largest stakeholders at the university and the reason why it exists,” said UMSU president Jelynn Dela Cruz.

Amid the still-possible faculty strike, neither UMSU’s endorsement of binding arbitration nor other campaigns plan to change.

“We still have a very important and collective role to play in minimizing its impacts and length.”

With that in mind, the union has begun the campaign #SaveTheSemester, which Dela Cruz said is meant to “mobilize students, to have us all focus in on the factors at play in [a possible strike].”

Those factors include potential for binding arbitration to resolve the dispute and recognizing the influences outside of UMFA and the university, according to Dela Cruz.

Dela Cruz said UMSU’s focus remains on the wellbeing of students both academically and financially.

“We’ve seen so many things that students have had to cope with since the beginning of remote learning,” she said.

Through “reduced quality of education,” along with increased tuition and a spike in enrolment, Dela Cruz said that “it just isn’t adding up.”

“And I think the reason why it isn’t adding up is because we have that additional interference from the province.”

A central conflict between UMFA and the university is the university’s refusal to budge on a zero per cent wage increase mandated by the provincial government.

On Sunday, a tentative agreement between the two parties was announced.

In an email sent to all U of M staff and students, it was announced that though the university will not disclose the specifics of the offer made to UMFA, it did meet the provincial mandate to freeze wage increases.

Rather than meeting UMFA’s original demands, the university administration offered the union members a one-time payment of $1,950.

The agreement will remain tentative until UMFA members vote on whether to accept the offer by the end of the week.

To combat the negative consequences of the dispute, UMSU’s #SaveTheSemester created a petition to Premier Brian Pallister, Minister of Finance Scott Fielding and Minister of Economic Development and Training Ralph Eichler.

Rather than placing blame on UMFA or the university, the petition urges students to look at the province’s role in what UMSU refers to as “the last straw in a long list of decisions by the province of Manitoba which have harmed post-secondary students” in “what is supposed to be an autonomously-governed institution and its faculty.”

Prior to the 2020 dispute, the province cut Research Manitoba’s previous budget by 20 per cent.

In 2018, U of M also saw provincial international student health care cut and the recommendation of a 3.75 per cent average tuition increase.

Along with signing and passing along the petition, Dela Cruz urged students to send emails to U of M president Michael Benarroch in support of binding arbitration.

For academic support, UMSU is looking to address concerns for students in an environment where “our quality of learning is already severely compromised.”

Dela Cruz said academic considerations include an option for automatic authorized withdrawal instead of having to voluntarily withdraw and possible refunds for those courses.

The last main issue that UMSU is aiming to draw attention to with #SaveTheSemester is informing students on the labour dispute and potential strike.

A recent UMSU poll revealed that over 65 per cent of participants received their information regarding the dispute by word of mouth.

“Many of these students are either misinformed or don’t have all the information,” said Dela Cruz.

That being the main source of information for many students, she emphasized the importance of staying informed and ensuring that others stay informed.