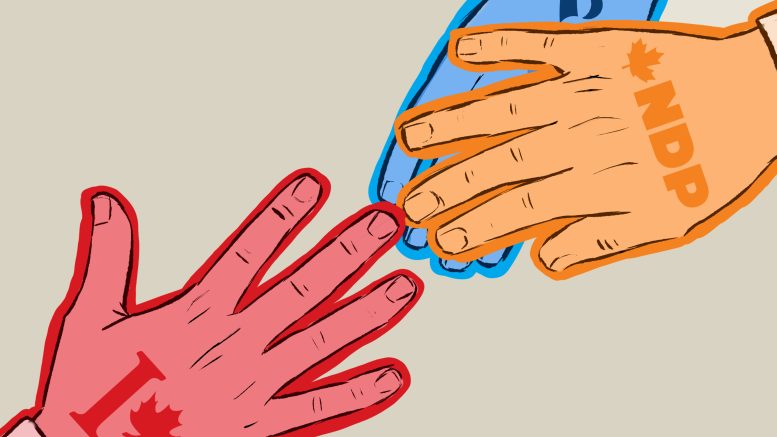 The Liberal Party of Canada pitched itself as the progressive option on the campaign trail, but the speech from the throne on Nov. 23 lacked bold new ideas. Instead of emphasizing challenges of Canadians — such as the absence of universal pharmacare or ending fossil fuel subsidies — the new Liberal government presented a plan that lacks vision and heavily relies on past promises that have yet to be fulfilled. Though the speech carried a co-operative tone, the New Democratic Party (NDP) was not buying it and questioned Prime Minister Justin Trudeau’s stance as a progressive.

Over two months after a heavily criticized snap election, Parliament has reconvened and a Liberal agenda that outlines the party’s priorities has been put forward. The long-awaited speech from the throne was received critically by most party leaders. The speech was incredibly short, lacked clear details on an action plan to achieve legislative goals and was vastly similar to past throne speeches. The Liberals overused collaborative language and exploited supposed common ground they possess with opposition parties as leverage to gain appeal among members of Parliament — a move that left a sour taste in the mouths of the opposition.

The Conservative party emphasized the potential economic repercussions the Liberal spending agenda could cause and maintained that Canada is facing an inflation crisis. Inflation is currently at an 18-year high and despite being in line with what economists predicted, Canadians are starting to face the consequences. Costs of gasoline, groceries, energy and housing are skyrocketing, causing the wealth gap to grow every day.

Despite the adversities Canadians are facing, Trudeau’s speech from the throne brands the inflationary problem as a problem relating to COVID-19, suggesting that it does not require any response. In fact, inflation is only mentioned once throughout the speech. But the economy was not the only shortcoming in the speech.

New social welfare policies were evidently lacking. Liberals are marketing their few successes without much vision about what it needs to continue to do for Canadians. The party openly gloated about providing affordable child care to nine provinces and territories but ignored any discussion about universal pharmacare, which has been in past throne speeches. Studies have proven providing universal pharmacare is a win-win situation that not only improves the quality and accessibility of health care but could also save the Canadian economy billions of dollars. Despite the benefits, the Liberal party has, of late, turned down the idea.

The Liberal party’s action to counter climate change — an issue the party indicated was one of its top priorities — was eagerly questioned by the NDP due to the Liberals’ lack of effort to end fossil fuel subsidies. These subsidies cost taxpayers $3.3 billion annually and are paid directly to coal, oil and gas companies to pollute. Despite committing to stopping financing fossil fuel projects outside the country by the end of 2022, Trudeau is not leading by example. Ending fossil fuel subsidies would not only benefit the fight against climate change — it would make much more funding available for social welfare programs.

Besides just embracing co-operation and finding common ground among party leaders, the speech from the throne displayed a very general message that left Canadians wondering if Parliament will be able to function adequately in the coming months. Liberals sold themselves as the only viable option that would both prevent the Conservative party from forming a government and bring forward progressive policies. Where are those promises? By playing it safe with a speech from the throne, the Liberals are displaying strong partisanship despite its minority situation. Being a progressive is far more than a fancy word used to attract voters — it is a moral stance for better justice, equity and safety. Trudeau must stop talking and start acting.

Another world is possible: Tuition fees can – and should – be abolished