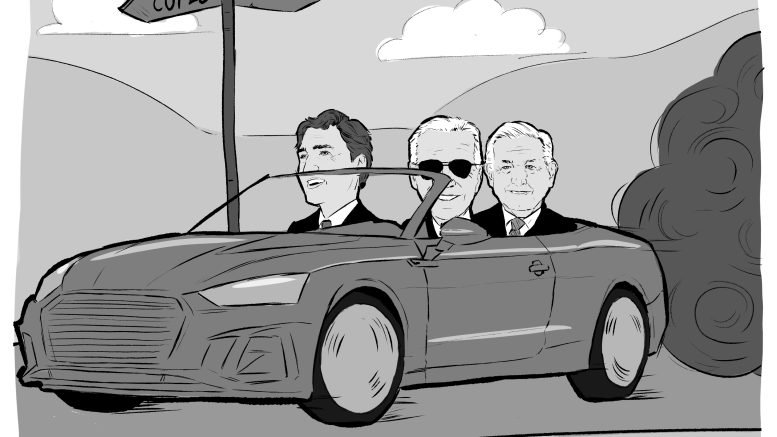 The North American Leaders’ Summit, held after a five-year hiatus, showcased trilateral dialogues between Canada, the U.S. and Mexico about building a united front to counter the various challenges the continent faces. A Canadian delegation led by Prime Minister Justin Trudeau emphasized issues like climate change, pandemic recovery and the supply chain, but the elephant in the room was U.S. President Joe Biden’s protectionist policies which may have great impacts on the Canadian auto-manufacturing industry. Such aspects of Biden’s Build Back Better Framework are putting the historic friendship fostered by each leader in doubt.

The Biden administration’s Build Back Better bill aims to create jobs and counter the climate crisis by using money raised through taxes imposed on large national corporations, the wealthy, stocks and international companies. The bill — which was approved by the U.S. House of Representatives and awaits approval from the U.S. Senate — makes up to US$12,500 in tax credits available for consumers buying electric vehicles (EVs) that include American-made batteries manufactured in unionized factories which will adversely affect the Canadian and Mexican auto industries.

Due to Canada’s historic dependency on exports from the U.S. market, protectionist policies tend to have a great economic impact on Canadians. Currently, 93 per cent of vehicles are exported from the U.S. and although companies such as Ford are assembling cars in Ontario, the Canadian government fears the tax credits undermine their efforts to produce EVs.

Canadian Minister Mary Ng — one of the four ministers included in the Canadian delegation attending the summit — expressed her concerns about the tax credits in a letter to U.S. legislators stating they “would have a major adverse impact on the future of EV and automotive production in Canada.” According to Ng, imposing such a tax credit would lead to the loss of tens of thousands of jobs in a significant Canadian manufacturing sector. Ng also suggested that, due to the highly integrated automotive industry in both nations, the U.S. would also be susceptible to economic repercussions. But the possibility of an economic fallout is not the only lobbying strategy the Canadian delegation used to plead its case.

According to the Canadian government, the tax credit would violate the United States-Mexico-Canada Agreement (USMCA) and the government has indicated it will respond accordingly if it is imposed. Deputy Prime Minister and Finance Minister Chrystia Freeland warned the tax credits could become a dominant issue in bilateral relations with the U.S. Meanwhile, Trudeau noted the U.S. government was aware of the Canadian concerns and repercussions while also indicating they are going to push through various ways to find a solution for this problem. For its part, the White House remained firm in its stance that the tax credit does not violate USMCA provisions. When asked about the matter at a press conference, Biden stated he would wait until the legislation is approved by the U.S. Senate to consider changes for Canada.

Though the Canadian delegation allegedly applied a “Team Canada” approach that stressed Canadian interests, it fell short of successfully lobbying an amendment to the Build Back Better bill. Although Canadian government officials expected the election of a new president to ease the Trump-era tensions, Biden’s protectionist policies will take a toll on Canadians if a solution is not reached.

Canada is often described as the U.S.’s closest friend and ally, but Canada is suffering the repercussions of economic dependence on the U.S. In a continuously growing and interconnected world where geographic location is no longer a major factor in ensuring reciprocal trade, Canada should expand its horizons if its alleged ally is unable to offer a more beneficial partnership.

Peaceful protesters must be protected