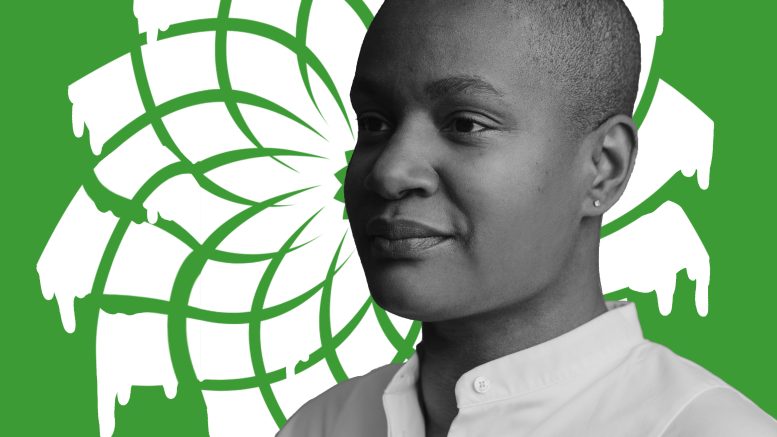 Following disappointing election results and months of infighting over the Israel-Palestine conflict, Annamie Paul announced last week that she is stepping down as leader of the federal Green Party of Canada (GPC).

‍
In a press conference Sept. 27, Paul explained she did not want to face a potential leadership review less than a week after the election.

‍
“I just asked myself whether this is something I wanted to continue,” Paul said.
‍

“Whether I was willing to put up with the attacks I knew would be coming, whether to continue to fight and struggle just to fulfil my democratically elected role as leader of this party […] I just don’t have the heart for it.”

‍
Paul resisted multiple calls for a leadership review, with party executives trying to revoke her membership only weeks before the election.

‍
Paul blamed unnamed party insiders for the poor results of last month’s election, as well as the party’s national council for withholding funds for the campaign and the infighting she said “undermined her leadership.”

‍
Green Party executives tabled a motion at a federal council meeting in June to withhold $250,000 previously reserved for Paul’s campaign in Toronto Centre. She did not have a seat at the time and failed for a third time to secure the riding in September’s election.

‍
“It doesn’t take a rocket scientist to know that when you head into an election without funding for your campaign […] it’s going to be very hard to convince people to vote for your party,” she said.

‍
Paul is the first Jewish woman and first Black person to lead a major federal party and has characterized challenges to her leadership as racist and sexist gatekeeping by party insiders.

‍
“What people need to realize is that when I was elected and put in this role, I was breaking a glass ceiling,” Paul told reporters at the press conference.

‍
“What I didn’t realize at the time was that I was breaking a glass ceiling that was going to fall on my head and leave a lot of shards of glass that I was going to have to crawl over throughout my time as a leader.”

Members push back against racism claims, argue Paul was “autocratic”

Matthew Sloly, a Black Green Party activist, doesn’t deny the Green Party has a white bias, describing it as “the least racially diverse of all our federal parties, including the People’s Party of Canada,” but disputes Paul’s accusations.

‍
“I can’t speak for the motives of people [because] I’m not living in their heads, but I don’t see any evidence of it,” Sloly said.

‍
“It’s been suggested that there’s institutional racism, which I agree exists everywhere [but] it’s not a blanket excuse to claim that every single act that anyone does that happens to impinge on a person that happens to be Black is racism.

‍
“That’s just a complete abuse of the term.”
‍

Sloly, along with “nearly four dozen” racialized and Jewish members of the party, signed an open letter to the media, published July 19, pushing back against Paul’s claims that racism and antisemitism were driving attempts to remove her from power.

In an interview, Sloly argued that if she was committed to fighting racism in the party, Paul should be willing to discuss specific details of the alleged racial discrimination she faced rather than making vague accusations.

‍
Sloly said Paul also made unreasonable demands in the three-month-long negotiations over her employment contract that Paul’s supporters raised as an example of racism she faced in the party. Sloly claims federal council members were “browbeaten” into accepting the terms of Paul’s contract without reading it.

‍
According to Sloly, “it’s well-known that there was a lot of hard negotiation.”

‍
“She almost instantly brought lawyers in and hard-balled it and basically made ultimatums about that contract,” he explained.

‍
“It is rumoured that she was paid quite in excess of precedent in the Green Party, in a party that was already financially suffering.”

‍
Additionally, Sloly said despite being offered former party leader Elizabeth May’s riding, Paul insisted on running in Toronto Centre, “one of the most expensive media markets and one of the least-winnable ridings in Ontario,” where she had already lost previous races.

‍
While Paul and her supporters argued characterizations of her as “autocratic” — as a leaked document from a federal council meeting alleged — were racist and sexist, Sloly argued, given the facts he laid out, that “it does not seem like an inappropriate description.”

‍
In an Oct. 3 op-ed for the Toronto Star, May broke her silence, further echoing claims of the “autocratic” nature of Paul’s leadership.

‍
May claimed Paul — who allegedly controls party communications — prevented the party from issuing press releases regarding the election of Lorraine Rekmans, an Anishinaabe woman, to the position of party president.

‍
May further alleged Paul refused to allow Rekmans to make a public statement for the party on Sept. 30, the country’s first official National Day for Truth and Reconciliation.

When conflict erupted in the Middle East in May over the removal of Palestinian families from the East Jerusalem neighbourhood of Sheikh Jarrah, many party members perceived the statement Paul made condemning violence on both sides to be insufficiently critical of Israel’s disproportionate use of force against Palestinians.

‍
Jenica Atwin and Paul Manly — both Green Party MPs at the time — responded, with Atwin describing Paul’s response to “apartheid” as “totally inadequate” and Manly referring to Israel’s actions as “ethnic cleansing.”

‍
Soon after, one of Paul’s advisors, Noah Zatzman, made a Facebook post accusing some unspecified Green MPs of antisemitism.

‍
“We will work to defeat you and bring in progressive climate champions who are antifa and pro LGBT and pro indigenous sovereignty and Zionists!!!!!” the post read.

‍
Paul’s refusal to do so provoked outrage among members who perceived her inaction as a signal she agreed with Zatzman’s call to replace two of the Green Party’s few MPs.

‍
Atwin soon crossed the floor to join the Liberal Party of Canada, prompting calls for a leadership review and the attempt to revoke Paul’s membership.

‍
The scheduled non-confidence vote was ultimately cancelled over concerns it would interfere with the party’s chances in the federal election. The challenge to her party membership was also abandoned.

Jewish party member and author Kim Goldberg argues that the concept of antisemitism is being “weaponized” to silence criticism of Israel.

‍
Paul “does not agree with and cannot vigorously defend or articulate the party’s policy on Israel-Palestine,” she said.

‍
“Members who speak out against her acts of institutional sabotage are neither racist nor antisemitic for doing so.”

‍
Following Paul’s refusal to criticize Zatzman’s comments, Goldberg and other party members decided to only donate directly to local Green MPs and bypass the central party office in order to deprive them of funds until the controversy was resolved.

‍
“Many people — party members as well as party supporters — do not want to contribute to the party when a portion of their donations are going to her salary and while she is still at the helm,” Goldberg explained.

‍
“She allowed her senior advisor to publicly attack and defame the party’s small caucus. She allowed caucus to be gutted by the fall-out from this rather than swiftly move to defend and shield caucus from the smears […] The [two] MPs her advisor targeted for defeat in May 2021 are now no longer Green MPs.”

On the Hunt for an Election Platform

A funeral for Canada on Canada Day