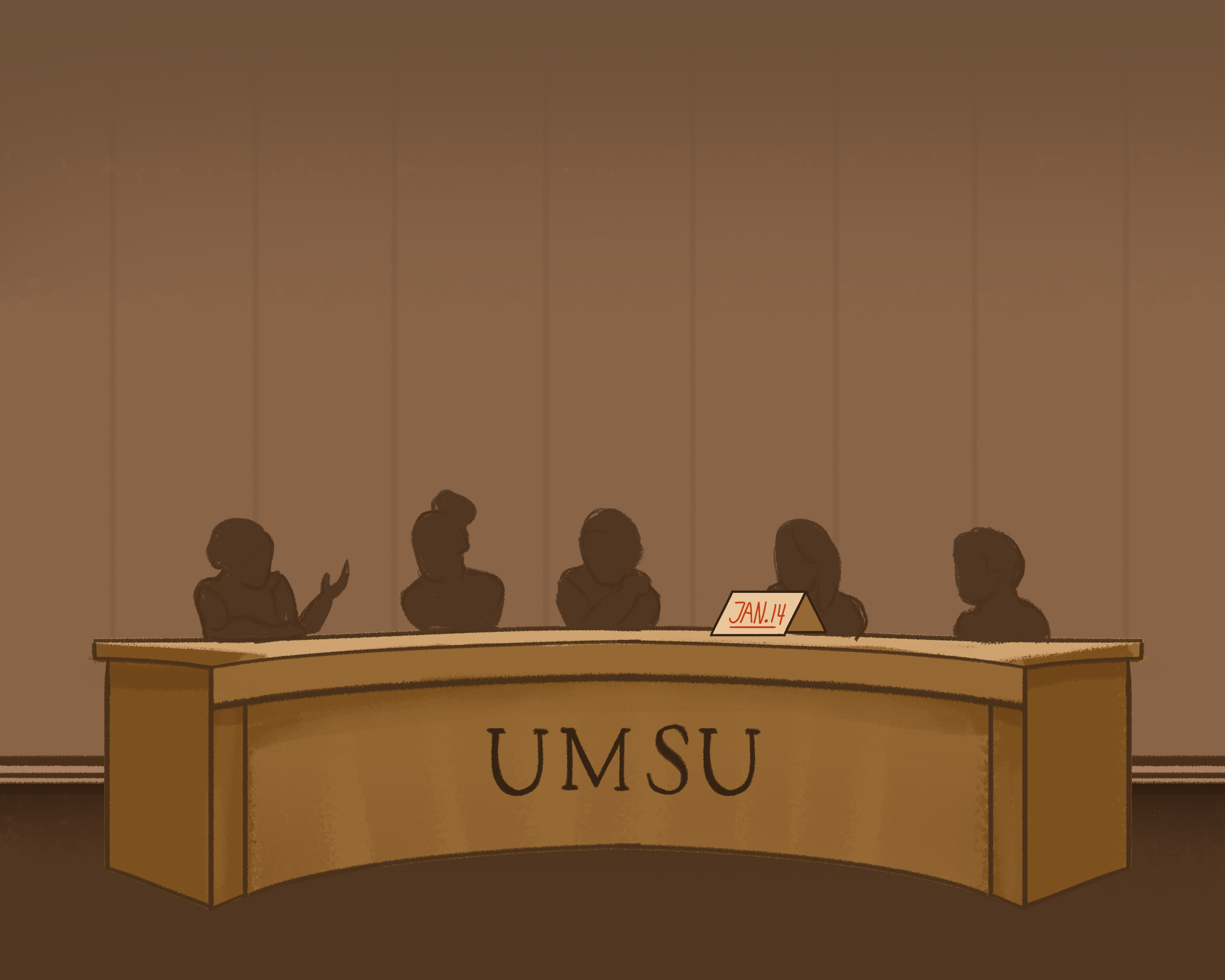 The UMSU board of directors unanimously passed a motion creating a new Equity, Diversity and Inclusion (EDI) working group at its Jan. 14 meeting. According to the motion, the newly created working group is tasked with compiling recommendations on equity, diversity and inclusion that will arise from discussions among members of “designated [UMSU] communities.”

The group is intended to serve as a safe space for those who self-identify as members of equity-seeking groups to come together and discuss EDI-related issues related to UMSU and the U of M.

The voting membership of the group will include the UMSU Indigenous, Womyn’s, LGBTTQ* and international students’ representatives, as well as UMSU representatives tasked with an EDI purview and any student who self-identifies as a member of an equity-seeking group.

Providing motivation for the creation of the working group, UMSU president Jelynn Dela Cruz told the UMSU board of directors that “we are students at an institution of higher learning, and while we’re pointing our fingers at those outside forces like the province [and] even the university […] it’s important that we look at what we […] have right in front of us.”

After the motion passed, Dela Cruz congratulated the UMSU board of directors, referring to the creation of the EDI working group as “momentous.”

“I’m really hoping that towards the end of this term, we’ll be able to provide a really strong report for folks and a compilation of the feedback that is generated as a result of this motion,” she said.

Addressing equity issues at the U of M

The move comes following the release of a confidential preliminary report from the president’s task force on EDI, which was created by former U of M president David Barnard in October 2019.

The task force was expected to provide its final report and recommendations on EDI issues by September 2020 but had to pause consultation sessions with university faculty, students and staff in March due to the COVID-19 pandemic.

“Through the experience of that task force and hearing the conversations that were happening […] actively participating and learning more about what resources are where and what gaps exist,” said Dela Cruz. “I think that it only drew a stronger correlation and a stronger drive towards seeing what’s in our direct control.”

She continued, “there are certain items that we absolutely need to consider when we advocated for equity, diversity and inclusion at a wider scale. We need to absolutely consider and look inside first and see if internally within the organization, within the groups that are under our direct control, are we doing everything we can to advance equity, diversity and inclusion?”

Citing her own experiences as a woman of colour in student leadership, Dela Cruz explained that from her social position, barriers to entry included the fact that those in leadership did not resemble herself, the effects of intergenerational trauma, a “self-doubt that’s been ingrained and socialized into your very being” as well as the daunting nature of trying to navigate systems she was not familiar with.

Dela Cruz pointed to the fact that she ran against two other women of colour in the 2020 UMSU election as “something to celebrate,” but explained that there is still more work to be done in terms of “consistency, the long run and [ensuring] that we don’t take any steps […] backwards.”

She explained that there is more that can be done in terms of “not only executive positions, but the board level, in our hiring procedures […] as that trickles down to student leadership roles as well.”

Dela Cruz also said that UMSU, in collaboration with a group called Stride, is offering a workshop on Jan. 20, which is meant to be “bringing attention to breaking down barriers to getting into positions of leadership.”

“Even if you’re self-doubting […] definitely attend, because you never know what the right words and the right experiences and the right stories being shared might do for your own confidence and your own empowerment to run in an election.”

Won’t somebody think of the (LGBTTQ*) children?