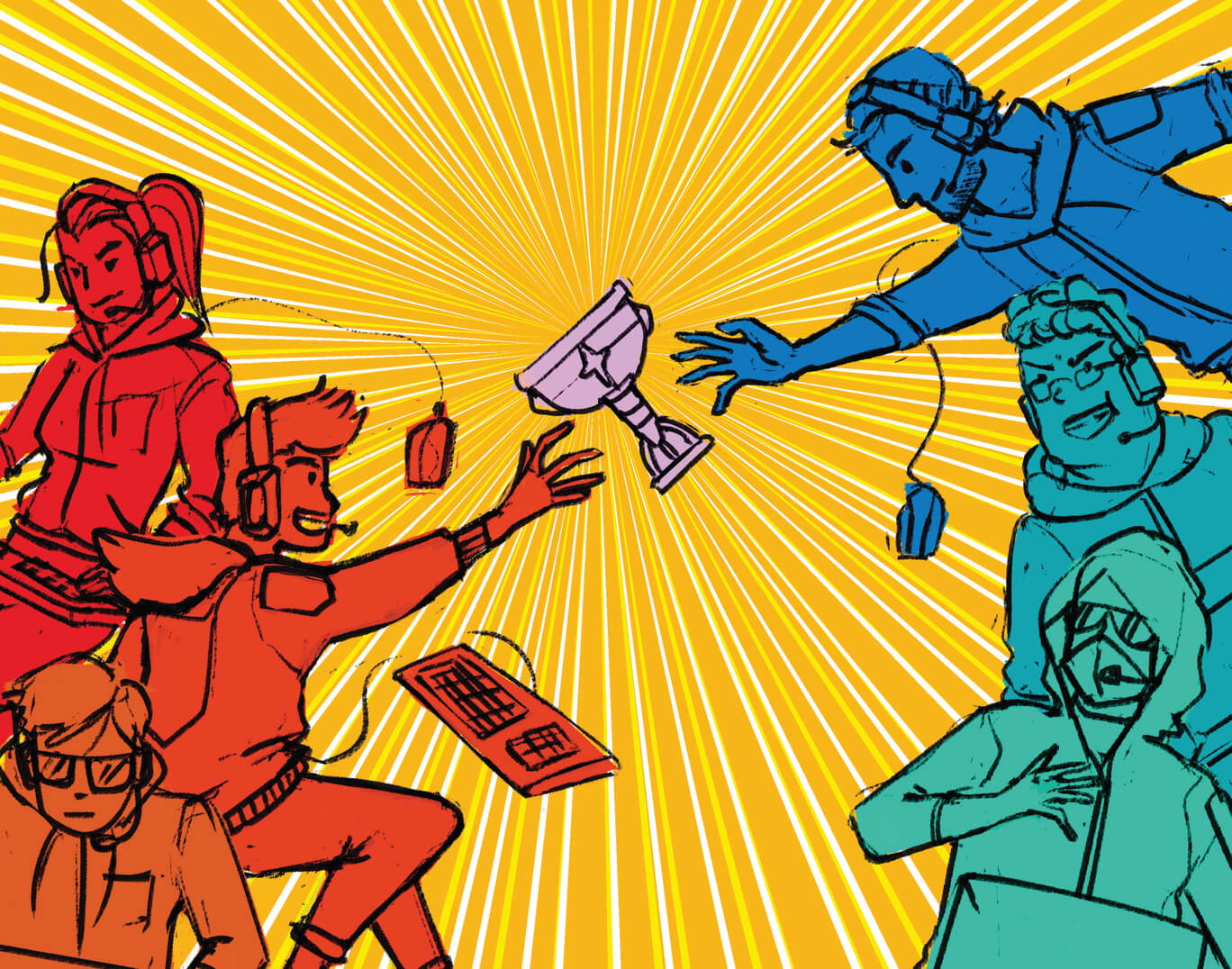 As a competitive gamer — or esports player — I am constantly finding myself trying to describe the benefits of playing first-person shooter (FPS) games and how these skills transfer into other aspects of my life.

Currently, I play Tom Clancy’s Rainbow Six Siege on a PC, but I have been playing FPS games competitively for about five years. Over this time, I have come to realize that even though many people see video games as a waste of time, there are so many benefits to gaming that have helped me in many aspects of life.

Similar to traditional sports, esports typically feature a group of teammates all playing and communicating together. In Rainbow Six Siege, this team is made up of five players, a coach and often an analyst. However, esports differ from traditional sports in that they are often played online, and different team members can live on opposite sides of the world. Players are not constrained by location like they are in traditional sports.

Esports are continuing to grow in popularity and there are now numerous tournaments for many different games and genres across the globe. These tournaments are beginning to have multimillion-dollar prize pools, with the money increasing as these different games continue to grow. This is making the esports scene increasingly attractive to new players, and this is in part why the scene is beginning to explode in popularity. But with this increased popularity comes a seeming stigmatization of esports being a waste of time. It’s important that people don’t lose track of the many benefits that esports bring.

One of the most important skills both within esports and elsewhere in life is communication. Playing on competitive teams forced me to learn how to communicate not only quickly but also effectively. Being able to tell my teammate where an opponent is quickly and accurately can often make the difference between my teammate or my opponent winning the fight. This transfers into other aspects of life where I can better communicate my ideas to classmates or professors and can break down ideas and communicate only the most essential pieces required for my idea to get through, instead of rambling and giving excess information when time is a factor.

Another way that communication is built through competitive gaming is through the ability to both give and receive feedback in a constructive way. The way that you tell someone something can often determine how they will react. It is almost always preferable to present critical feedback in a constructive way so as not to make the person receiving the feedback defensive or angry.

Conversely, hearing critical feedback from many different sources such as teammates and coaches has helped me learn not to take this type of feedback personally.

This helped me realize that when someone points out mistakes or areas in which I need to improve, I can learn from that even if the way they present the material can be off-putting.

Problem solving is another area in which esports have taught me skills that I can transfer to life. In Rainbow Six Siege, a large part of the gameplay is attempting to counter your opponent’s set up and adapt your strategies in order to nullify their strategies. In order to do this, pattern recognition is imperative.

The ability to quickly assess my opponent’s set up and play style can determine whether or not my team spends rounds at a disadvantage. If I cannot recognize the patterns within my opponent’s gameplay, then I cannot properly adapt my own play style and strategies to counter them. This occurs not only within gaming, but also in workplaces, at school and in other situations where improvisation and adaptation must occur.

Staying calm within a high-pressure situation is something that most gamers are familiar with and can benefit from.

When you are the last person alive on your team and the entire enemy team is still up, it can be quite tense. Not only are you putting pressure on yourself to win the round for your team, but your teammates may also be pressuring you and the opposing team may heckle you. This leads to intense situations where you put extra pressure on yourself and end up playing far worse than you would have otherwise played. Learning to shut out all of these distractions and just play your game the same way as normal is a skill that transfers into many high-pressure situations. Similar to driving in congested traffic during a snowstorm — which can be quite overstimulating — it is incredibly helpful to be able to tune out all distractions and focus on the task at hand.

The esports community is beginning to thrive. The player base of games is exponentially growing, and this is leading to more games being played competitively.

During this time of growth, it is important that we not lose sight of the benefits that esports bring.

Student group bringing esports revolution to U of M

Call of Duty League is here to stay