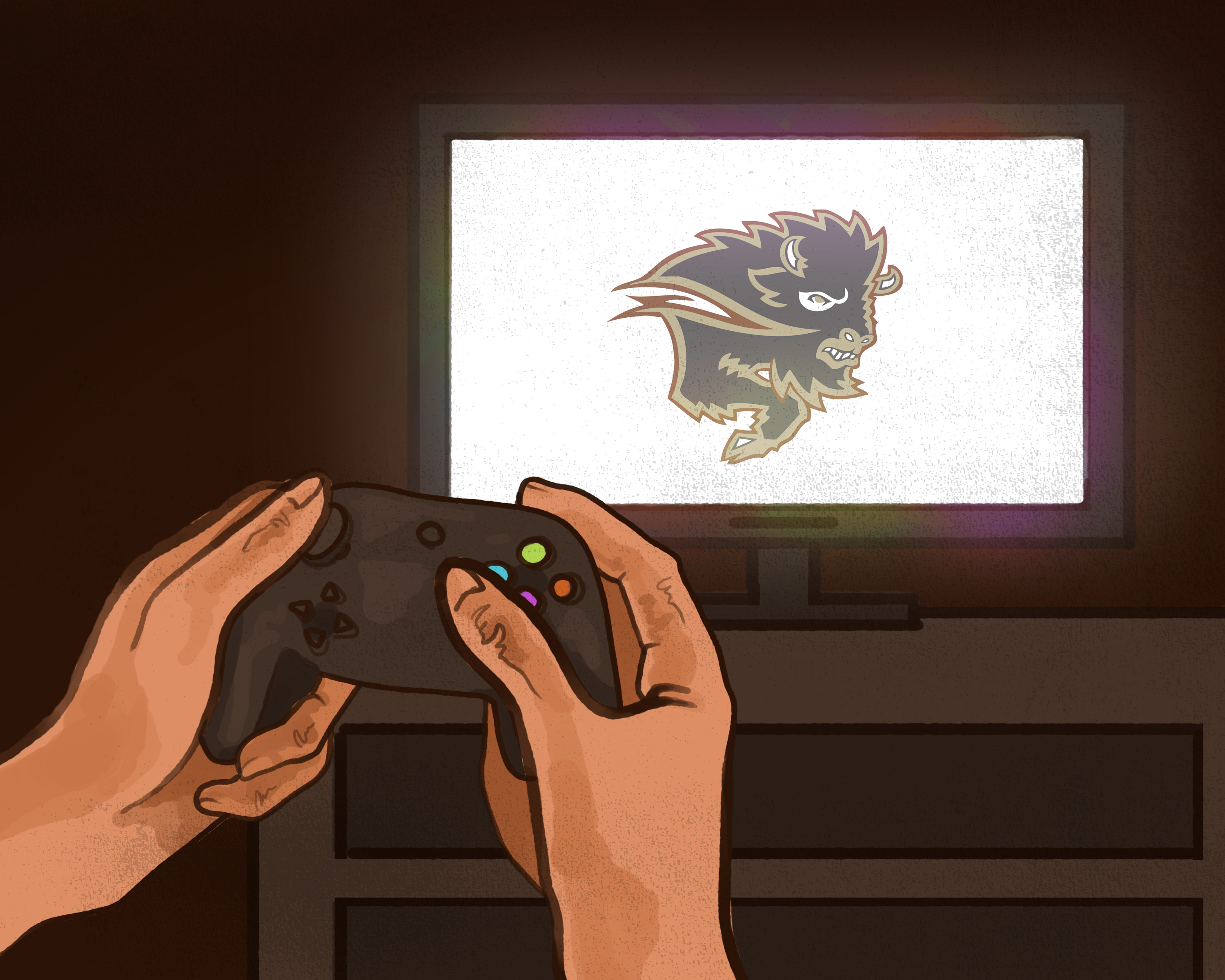 Never mind the days of playing sports in person — it’s now the time to welcome electronic sports into the world of university sports.

As the pandemic rages on, businesses and organizations have adapted and changed and university sports should consider doing the same.

Restaurants have turned to takeout, grocery shopping has gone online and curbside pickup is at almost every store, yet sports continue to be played in person.

There are plenty of students who may not care if you can bench 200 pounds, but have an interest in how quickly you can run Super Mario Bros. 3 on a Slurpee and Cheetos bender. For some, that’s the world of sports they would rather see.

If 2020 has shown the world anything, it’s that it wouldn’t be the craziest idea for video games to take over a planet that traditional sports once dominated.

I have never been a big sports fan, and when I first heard about esports, I wasn’t sure if it should be considered a sport.

Competitive video gaming can sound like an odd (and to some, silly) idea. Yet video games have shown that they can be just as competitive and have the potential to be as lucrative as physical sports.

Esports is becoming a big enterprise in North America. In the 2016 League of Legends Championship Series Spring Split Finals, over 10,000 people were in attendance and the event had 43 million viewers online.

Teams of players go head-to-head against each other in various games, many of which would be streamed online, resembling the traditional sports we regularly see on cable television.

EA Sports’ NHL 20 could replace our hockey season if it doesn’t pan out and NBA 2k20 could fill the void left from missing basketball.

With the best university gamers competing online, esports could foster a new era of athletes.

Both players and spectators can stay safe in their homes without missing a moment. Beyond this, esports could easily be streamed online without the expensive recording gear and broadcasting equipment required for in-person sports. This would make competitive sport entertainment that much more accessible.

As I said before, I don’t care for traditional sports, even in video-game form — what would really interest me is a University of Calgary Dinos Mortal Kombat character getting KO’d by a Bisons character.

I would be just as eager to watch a final smash in a game of Super Smash Bros. after a free-for-all match including some of Canada’s best university gamers.

Racing games would be a valuable addition to an esports league as well. Seeing a spiny blue shell whizzing through a track to change the outcome of a professional-level Mario Kart tournament would certainly be an experience that differs from anything offered by traditional sports.

The gaming world has already embedded itself into many of our everyday lives — you would be hard-pressed to find someone who hasn’t, at one point in their lives, been interested in playing or watching video games — so, we might as well accept it for what it is: the burgeoning of a new age of play and of sport.

Imagine this new era — universities preordering PlayStations and Xbox consoles so that they can be ready for the next season — a world where video games are no longer “child’s play.”

Minds over might — our arcade-loving predecessors would be proud.

Esports tournaments could even be more entertaining than most sports — there is a much larger variety of games that could be played.

For example, Rocket League is a soccer-like game but with cars instead of players. It combines the excitement of a soccer game with a demolition derby.

I want to live in a world where a top-tier athlete could be a Cheetos-chomping gamer.

The world is unfolding as an entirely new place with the onset of COVID-19 and sports should embrace this change.

Just as we have begun adapting to the social isolation compelled by the novel coronavirus, we have the technology to continue entertaining in sports. Will U-Sports be brave enough to take on the next generation of athletes with the fastest thumbs?

U-Sports does not have to look far for reasons to do it — with competitive video gaming growing every year it could be a lucrative investment.

Universities should embrace esports with the challenges posed to sports entertainment by COVID-19.