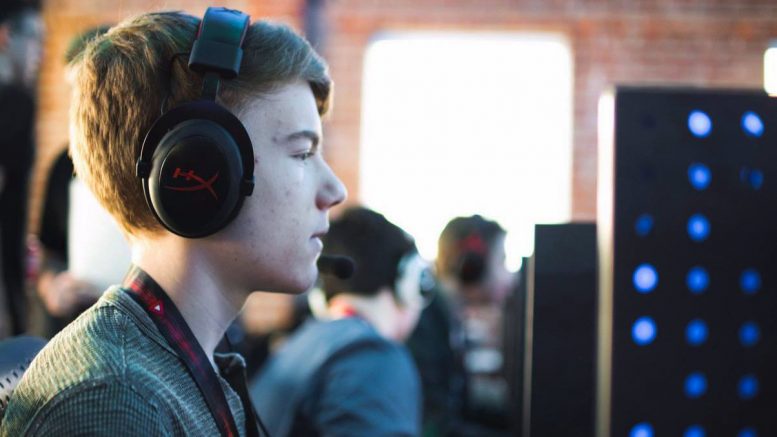 Tom Rodov of the University of Manitoba League of Legends Club. Supplied.

Tucked in the basement of the Helen Glass Centre for Nursing is the University of Manitoba League of Legends Student Group (ULoL). The group is part of a sports revolution that is sweeping across the globe, and they want you to know about it.

“The League of Legends group right now is a club,” said the marketing coordinator for the group Lorhiz Aquino. “Our main mission, and our goal, is to recognize the community and the talent that we have on campus, and to grow those opportunities for players and to grow this community.”

Esports are generally known as video game competition at a professional or semi-professional level. Leading the way is League of Legends (LoL) – a multiplayer online battle arena game developed by Riot – where two teams battle to destroy a series of towers, en route to taking down the opponent’s base.

“It’s hard to explain when you’re talking to someone that doesn’t understand esports and I think that’s part of the barrier we have to get over with new students and getting the word out about our group.”

According to Aquino, the talent at the U of M is substantial compared to the competition.

“We essentially want to become a group that the university recognizes for our success that we’ve brought to this school,” she said.

“While many of us started as Youtube streamers, bloggers, one guy even managed a review guide to cameras for YouTube, we have some of the most talented players in North America – especially our competitive teams – and we believe that they deserve more resources and we want to bring those resources to our members.”

The group has had success on the collegiate gaming circuit, with its three teams competing in the ULoL College and Collegiate Star League (CSL). ULoL College covers collegiate teams in North America, while the CSL is a semi-pro league for esports.

Aquino reiterated the importance of bringing resources, as well as new talent, to the university. The group bolsters some of the top talent on the continent, and one player, Tom Rodov, even made it to Scouting Grounds, which operates like a scouting combine for professional esports teams.

In 2016, South Korea-based SKT Telecom T1 took home the LoL World Championship, coming back from a 2-0 series deficit to win. They took home the Summoner’s Cup trophy, and a $2 million purse – split five ways – in front of 20,000 fans at the Staples Centre in Los Angeles, home of traditional professional sports teams the Kings and Lakers and which has a maximum capacity of 21,000 spectators.

For now, the group is content to continue growing. Interested viewers can watch the group’s teams play on the popular streaming site Twitch every Saturday.

Aquino said that another overarching goal is to have esports recognized by U SPORTS and the NCAA. She noted the University of British Columbia and the University of Toronto have created esports programs, drawing major attention to their schools.

The U of M group is looking beyond just LoL and hopes to rebrand to cover all the competitive gamers on campus, she said.

“We’re looking to include more games down the road,” Aquino said.

“We’re actually working to change our name next school year to be U of M esports, because I think it better represents what we’re trying to do, and that’s to include more games and more gaming platforms, to create more opportunities.”

Getting to know your Wiccan holidays