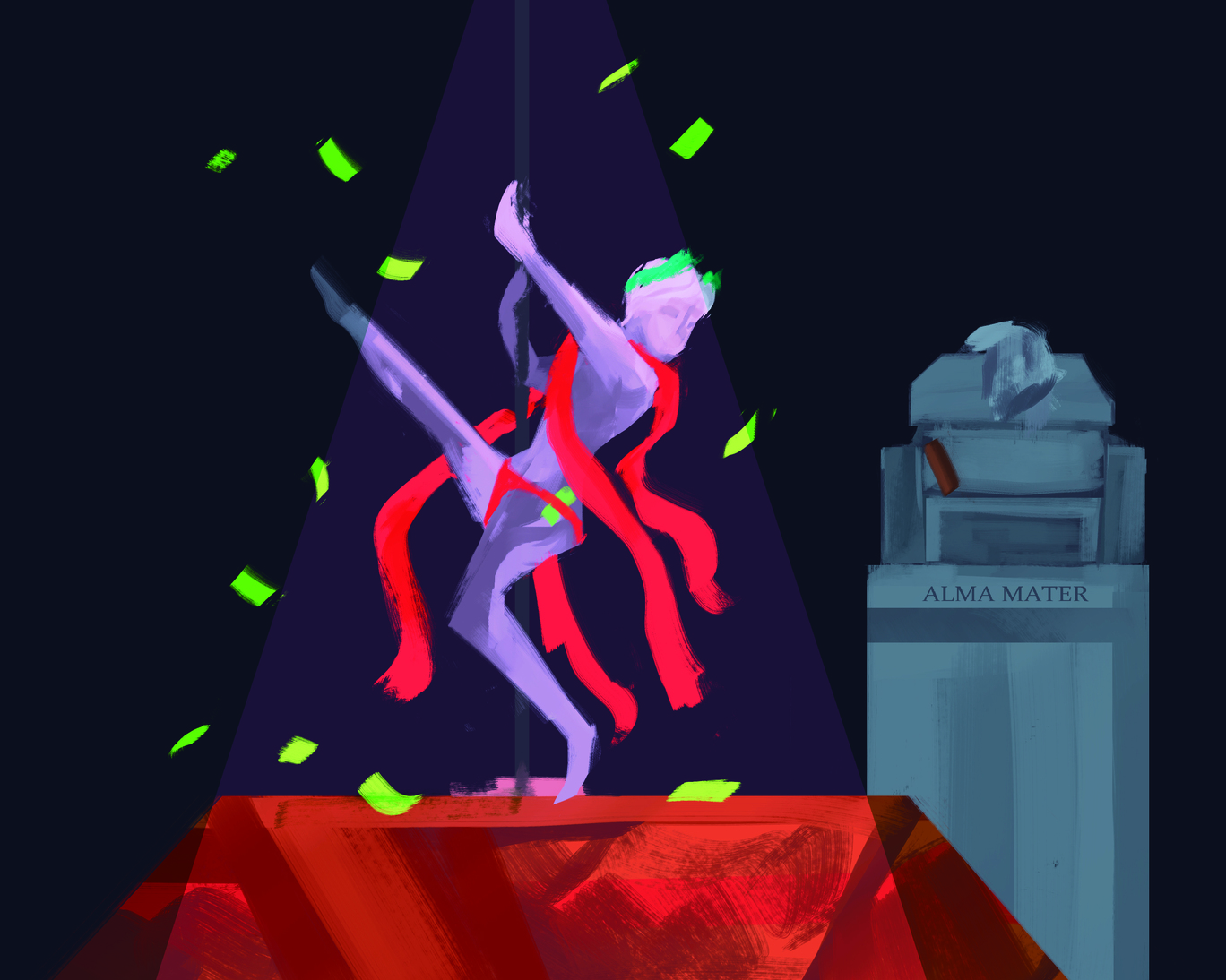 There’s a serious dilemma in the structure of many public post-secondary institutions — the reliance on private investment.

This issue has been on display recently, front and centre, at the U of M. Since 2014, the university has been courting private investors with the goal of raising $500 million to put toward its strategic goals in a campaign called Front and Centre.

But this dynamic has roots much deeper than a five-year campaign. Though the U of M has been around since 1877, it seems that only in the past few decades — when privatization and austerity have been pushed and income and wealth inequality has been exacerbated — public institutions have begun to rely on the endowments of benevolent plutocrats in order to keep running.

During this time, public funding of post-secondary education has dropped from 80 to 50 per cent of the institutions’ revenue.

The problems with this system are apparent — these donations are not a constant revenue stream in the same way that government funding is and, because of this, as soon as the donations are spent, they’re gone and faculties are forced to adjust.

In 2008, the U of M received a $20-million donation from Marcel Desautels. This donation allowed the music faculty to greatly expand program options, including the expansion of the new jazz studies program.

But as investments like this begin to run dry, departments are either forced to run back to the wealthy benefactors who gave the initial donation and beg for more money or greatly diminish the size of the faculty.

Currently, the university’s music program seems to be in exactly this situation.

With over a decade of program and building expansions completed, it seems the faculty is in a financial predicament.

Moreover, in September the university administration made an announcement that it intended to merge the school of art and the faculty of music. But this scaling-back of a thriving — albeit not lucrative — program, given the overall small size of the faculty and field as a whole, and therefore, higher cost to the university, demonstrates just how volatile these investments are.

An investment is exactly what these donations are. While “philanthropy” should be entirely devoid of reward, beneficiaries are given a much greater reward than simply having entire faculties named after them. Instead, the firms and plutocrats who make these donations have an overwhelming amount of control over what is done with their money.

In December, the music faculty received another $2.5 million private investment from Michael F.B. Nesbitt for the purpose of building a new concert hall. This effectively bypassed any degree of scrutiny and signed the university up for the hidden costs of a new facility — electricity, maintenance and repairs — in perpetuity.

While it’s fantastic that plutocrats like Desautels, Nesbitt and Israel Asper believe public universities like the U of M should be funded — Asper even believed that every individual like himself who had gone to university should support the school financially — they should not be able to dictate what programs students are able to study, how those programs are run and how resources are allocated.

Their investments — which effectively turn public institutions into privately-run organizations that take orders from the wealthy and elite — into Canadian universities only further underline the failings of provincial and federal governments to write fair tax codes.

Manitoba’s top tax rate in 2019 was a measly 17.4 per cent on income above $70,610. This means that members of the middle-class such as teachers, fire fighters and nurses are paying the exact same tax rate as investors and CEOs of large companies in the province.

At the federal level, Canada has absolutely no tax on wealth. This has led to a situation where the 87 richest families in the country own as much wealth as 12 million people combined — or a third of Canada’s population.

It is this kind of immoral wealth inequality that allows someone like Desautels to donate more than $100 million to post-secondary institutions across Canada without even blinking.

Given the fact that these benevolent plutocrats are already so willing to contribute to post-secondary institutions like the U of M — which is struggling for funding so hard it has raised the cost of tuition twice in the past two years — governments must do everything in their power to eliminate the necessity of private funding.

This means establishing a new top marginal tax bracket provincially that taxes income above $200,000 at a much higher rate than the current 17.4 per cent.

This would serve the exact same function as the high-dollar private funding but keep control of public education in public hands. Basically, students and universities would have complete control over which classes and faculties are supported — including music and art — and Desautels and Asper would not.

The federal government must also play a far bigger role in the funding of post-secondary education.

At a time when the federal government spends only approximately $2,000 per student on post-secondary education — representing a drop of 40 per cent from just a couple decades ago — it must make up the difference by introducing a minuscule one per cent tax on wealth above $10 million.

The current situation in Canada, allowing multimillionaires and billionaires to accrue an obscene amount of wealth when education is barely funded, is entirely immoral.