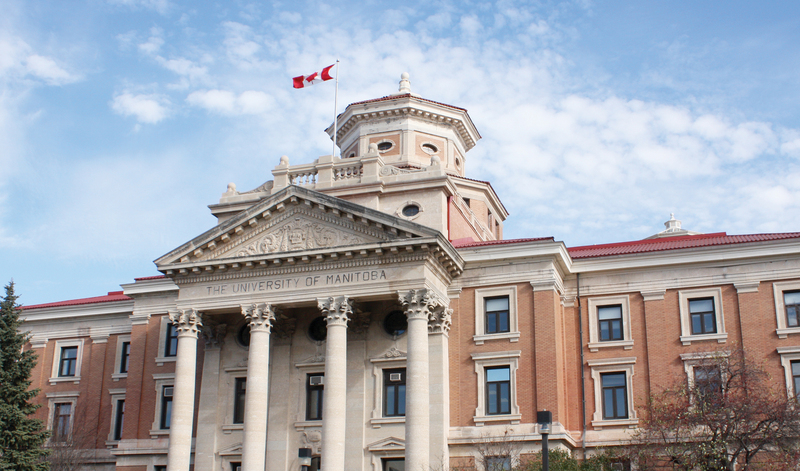 In the past two years, both the University of Manitoba Students’ Union (UMSU) and the U of M administration have combined efforts in normalizing austerity measures imposed on faculties and non-academic services at the university.

Austerity measures are concerted ideological efforts to minimize deficit spending by cutting necessary services. The budget cuts experienced at the university are an example of austerity and have been implemented while the university’s general operating fund has generated net revenue of approximately $40 million every year since 2007.

It is a politically motivated action imposed by the administration and UMSU against the interest of the students. The constant resistance by the faculty, non-academic staff, and students (and their parents) to these cuts demonstrates that the small governing body does not fully understand nor respect the financial needs of those it is supposed to represent.

The administration appears unwilling to acknowledge these groups as equal consultative partners in the making of annual budgets. By dismissing criticism, particularly when voiced by students, the administration places itself above the needs of those who become directly affected by its decisions.

Similarly, the student union’s role within student politics has been one of deference, dismissal, and inactivity. UMSU’s mandate is to represent the students on issues that directly affect them as citizens within a larger political context. In addition, UMSU executives are mandated to exercise their influence and relationships for the benefit of long-term student issues including demands for free post-secondary education and anti-austerity on campus, among others.

A student’s experience is not limited to the university setting as we are both affected by and affect the society we live in.

In recent years the UMSU executive has distanced itself from the needs of the student body by focusing less on social and political issues that directly affect us. In the recent 2016 UMSU election, 16.8 per cent of union members voted. Unfortunately, this is considered a relatively high voter turnout in UMSU election history. This turnout could imply a multitude of things about the union and the student population, but it clearly shows that the majority of the student body are not involved in student politics at this level. If an election is an exercise of democracy, a 16.8 per cent turnout demonstrates a poor relationship between the union and the students as a whole, limiting UMSU’s ability to claim it’s representing it’s constituents.

Since 2013, the UMSU executives have advocated for defederation from the Canadian Federation of Students (CFS), the organization that unites university students across the country in advocating for free post-secondary education and against budget cuts. Additionally, the outgoing UMSU executive team has actively refused to pay membership fees since taking office, though it and the student population continue to benefit from services and resources that CFS provides.

For now, there is a consensus among the incoming 2016-17 executive to support a renewed engagement with the national organization, but there have been no publicized statements on how this will be enacted.

Furthermore, UMSU’s inaction against the onslaught of budget cuts in the past two fiscal years can also be attributed to a growing culture of passivity among the student body and its union. Even amid the creation of alternative student groups, such as the Student Action Network and Students for a Democratic UMSU, who exemplify agency and discontent with the status quo, UMSU executives have made efforts to silence student dissent.

One example is the inactivity of UMSU executives during the Stop the Cuts campaign since 2014. This includes their rationalization of the university budgets, their unexplained absence during organizing meetings, and their failure to oppose cuts at the board of governors meeting on May 19, 2015.

Another example is with the disbanding and continued writing-off of the Students Against Israeli Apartheid (SAIA) student group. At a council meeting in December last year that began with an administrative presentation on respectful workplaces, Kopp equated the activity of SAIA with an anti-abortion student group and in doing so, disrespected the Palestinian plight as well as failing to understand the complexities of a woman’s right to choose.

Yet, while SAIA has been disbanded, anti-abortion organizations have continued their presence on campus as student groups. A student union president should understand the need for mobilizing around controversial issues and strive for equal rights to free speech, regardless of personal political or social ideologies.

The past three years have also seen an UMSU that has selectively sided with the university’s administration while actively opposing and stifling student dissent. In December 2014, UMSU executives Al Turnbull, Jeremiah Kopp and Rebecca Kunzman wrote a letter to the editor published in the Manitoban voicing their opposition to budget cuts announced by the administration. Two years later we have seen some of the same executives work alongside the administration, enabling the implementation of future cuts.

In addition to rationalizing the budget cuts, the student union has advocated for, and now implemented, an increase in student fees. The problem is not the increase in funding towards bursaries for indigenous students, child care facilities, and undergraduate research assistance (although there may be more progressive ways of increasing post-secondary accessibility, we recognize that these have the ability to eliminate some of the barriers that marginalized populations face).

Instead, it is a matter of who is paying these costs and considering and their ability to support fee increases while still dealing with the same issues that motivated their implementation. Current UMSU president Jeremiah Kopp has led UMSU council into believing that these costs should be paid by students as they will be services used by the students.

But the increase in student fees fails to acknowledge that current fees already make post-secondary education inaccessible to many. Making such fees the responsibility of debt-bearing students, rather than holding the administration and the government accountable for the lack of funding, is a step in the wrong direction.

UMSU has also provided unusual “support” for the administration’s Front and Centre fundraising campaign when the student union presented their fee hike motion to the board of governors on Jan. 26. Alongside the motion was a summary that claimed $15.9 million would be raised via the fee hike over a period of 10 years as a contribution for the Front and Centre campaign.

The proposal for a Front and Centre donation has not yet been presented to the student council for approval. This is not creating a “culture of philanthropy” as the summary included in the meeting’s agenda states, since many students are either unaware of or object to the way their money is spent.

Remaining silent in response to cuts is a direct move against student interests, as the lack of opposition permits austerity measures to continue unchallenged. The executive team has sided with austerity measures, presenting them as necessary instead of optional.

Various groups who oppose the budget cuts have been labelled and dismissed as anarchists and communists by Kopp. If student-led grassroots initiatives continue to be excluded from the realm of UMSU’s student politics based on personal political affiliations, the tensions between UMSU and its members will continue to grow.

Various student groups and the U of M faculty association have already mobilized against the impact of austerity measures, including participation in the Stop the Cuts Campaign which demands that no future fee hikes and budget cuts be implemented.

Since last year, international students have organized against the unfair increase to their differential fees of between 10 and 18 per cent. Students from the faculty of music organized a general assembly, acting upon and generating further student dissent.

Students have also recognized and organized against the spending habits of this year’s UMSU executives, demanding a fair, democratic, and student-prioritized union. Students at the University of Manitoba are proving that they have the strength to rise against bureaucratic and undemocratic structures such as the current student union and the administration.

To increase student awareness and mobilization, a reorganization of the student union’s priorities, practices, and engagement with students needs to be prioritized. This in turn will only change if we, the students, convert our current state of apathy into one of collective dissent and actively work for our demands to be heard.

U of M considers enrolment goals