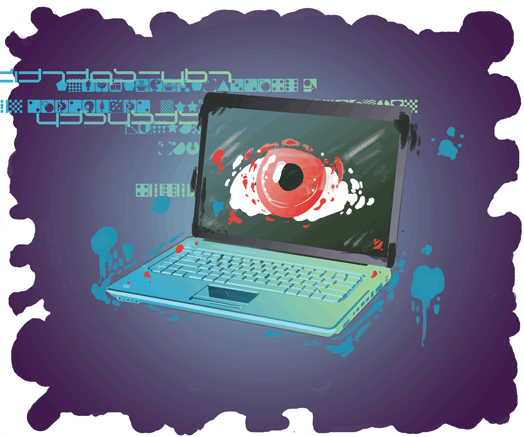 Buzz words like “net neutrality” and “cyber surveillance” are often heard and seen in the media, along with various bills referred to by various acronyms. What does it all mean, and why should you care?

Canadians have long enjoyed relatively open and free access to Internet. One of the most important aspects of the Internet is the information and ideas that it has provided to billions of people worldwide. The Internet has been a catalyst for social and political change, spreading concepts and ideas around the globe in a short period of time, and has even had a role in helping take down oppressive regimes. It is where free speech and innovation are king.

This framework attempts to balance the interests of both ISPs and consumers. ISPs want to control Internet traffic to prevent things like piracy and illegal streaming from congesting their infrastructure, while consumers want private and open access to online content without discrimination through censorship or speed throttling. This is called net neutrality, and it is what many people believe make the Internet as valuable as it is today.

The CRTC’s framework stipulates that ISPs must be transparent and allow open access to the Internet in order to allow innovation and competition to thrive. Internet traffic cannot be discriminated against regardless of its content, use, platform, or source.

The only acceptable use of ITMPs are in instances of temporarily protecting the security and integrity of networks.

However, since the Internet and the way it is used is constantly evolving, the CRTC does not make any hard and fast rules concerning specific ITMPs. Consumers are responsible for reporting unfair ITMPs, which the CRTC will then investigate.

In the meantime, an ISP can apply whichever ITMP it feels is appropriate, with consequences only occurring if a consumer reports it as being unfair and contrary to the ITMP framework.

So, what does this mean and what does this framework prevent? If ISPs were allowed to freely control and discriminate traffic flow, large companies and corporations could pay money to ensure that access to their content is fast and easy, while smaller businesses, startups, and content uploaded by regular people would be difficult and slow to access. This would stifle freedom of speech, innovation, and access to information.

Additionally, the framework prevents traffic shaping, which is when an ISP gives high or low priority to traffic depending on its content. Not only does this violate the concept of net neutrality, but it also could be an invasion of privacy. It could give ISPs insight into what a consumer is accessing, what their online habits are, and information about their personal lives. For some Canadians, the idea that companies could have access to this sort of information is unsettling.

This brings us to cyber surveillance. Watching what people do on the Internet is something some governments want to do in order to curb piracy, terrorism, and other illegal activity. Once again, this cyber-eavesdropping could be considered a violation of the Canadian Charter of Rights and Freedoms, as it may infringe on the right to freedom from unreasonable search or seizure, since no authorization is given to peek into our data.

Early this year, the CBC reported on a document released by Edward Snowden, the U.S. whistleblower now seeking asylum in Russia after revealing the surveillance activities of the National Security Agency. This document revealed that Canada’s Communications Survey Establishment can monitor what Canadians are downloading and uploading in order to target extremists plotting attacks in North America.

It is unclear as to whether or not this initiative was receiving this data from ISPs. While the purpose seems to have good intentions, it is the idea that the government has employed a mass surveillance program that causes some concern.

South of the border, Internet surveillance is an ongoing issue where privacy and security is a fragile balance. Recently, the U.S. Senate passed the Cybersecurity Information Sharing Act, which allows government agencies and commercial entities to share Internet traffic information that could be related to cyber security threats.

However, the language in the bill leaves some things vague, like when an ISP is obligated to remove personal identifying information from data, or describing it as a voluntary initiative even though consumers aren’t the ones who get to choose whether or not to opt in. It is the ISP that chooses.

The Senate turned down four amendments meant to rectify some of the perceived problems with CISA.

Across the Atlantic, the European Union passed legislation enhancing net neutrality and preventing ISPs from discriminating or censoring Internet traffic. The legislation comes into effect at the end of the year, and will be most immediately noticeable in the United Kingdom, where consumers currently have to opt in to access pornography.

While Canada has so far successfully defended open access to the Internet, it is still a topic to watch.

Sudoku: behind the scenes