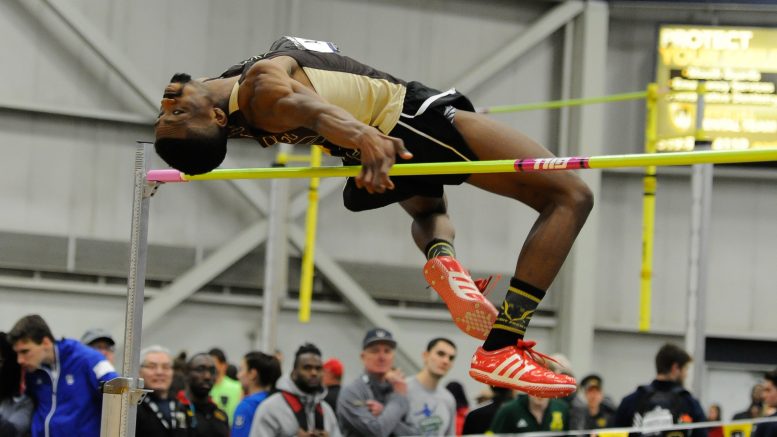 The University of Manitoba Bison track and field teams were in Windsor, Ont., for the U SPORTS Track and Field Championships this weekend.

Manitoba collected five medals on the weekend: two silver and three bronze, as well as some near misses.

Oyinko Akinola leapt 2.13 metres for a silver medal in the men’s high jump on day two. He also placed eighth in the men’s long jump with his best jump coming in at 6.84 metres. Brooke-Lynn Boyd missed out on the podium by 16 centimetres, finishing in fifth place finish in women’s shotput with a throw of 13.57 metres.

The Bison men’s 4×200 metre relay team were 17 milliseconds from the podium on day three, finishing in fourth place with a time of 1:28.82. Manitoba’s 4×400 relay team – Luc Deleau, Tristan Allen, Miguel Morrison, and Simon Berube – however, claimed bronze with a time of 3:19.03.

Playoff time for track and field