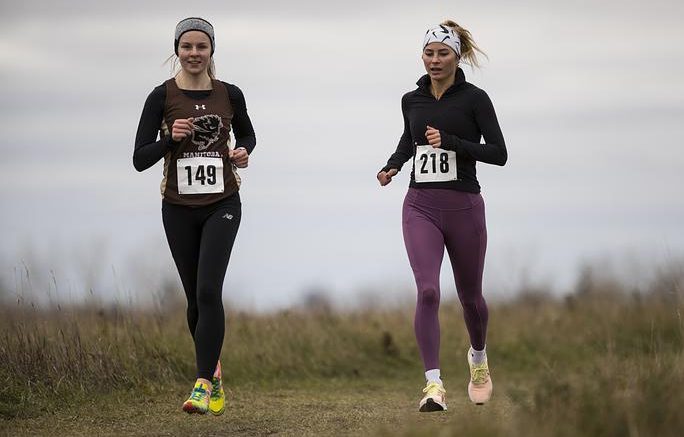 The Bisons cross country team’s season came to a close with the U Sports Championships this past weekend.

The team kicked off the season in early September, with great running times in the Bisons Time Trial, including top five finishes from Amy Klippenstein, Angela Kroeker and Hailee Morisseau, who all went on to compete in the U Sports Championships.

On Sept. 30, the cross country team competed in the Roy Griak Invitational held in Minneapolis, Minn., where three of the herd made it into the top 50.

Following this event, the Bisons made their way to Calgary for the Stewart Cup. The herd killed this event with great placing, and pushed the Bisons into the Canada West Championships.

At the Chris McCubbins Provincial Championships that took place the following Saturday, Noah Fillion qualified for the Canada West Championships, posting a  time of 27:44 in the 8k.

The Canada West Championships were hosted by Trinity Western University in Langley, B.C. on a course that had diverse terrain, ranging from grass to gravel. The course also featured a hill, making the race that much more challenging.

Despite coach Claude Berube wanting to finish somewhere in the top 25 to 30, the runners still placed well with a majority in the top 50.

To finish off the season, the herd hopped on a plane and headed east to compete in the U Sports Championships this past Saturday, Nov. 12. The event was hosted by Dalhousie University in Halifax, N.S.

The day of the race was windy, cold and wet. Spectators could be seen wearing rain ponchos over their jackets, hats and mitts.

The U of M sent four competitors — Klippenstein, Angela Kroeker, Morisseau and Reimer.

The Bisons’ best placings were held by Morisseau, who placed 56th out of 150, and Kroeker, who placed 67th. Klippenstein placed 86th while Reimer placed 102nd.

It was a respectful conclusion to a good season and cross country fans are sure to be looking forward to seeing where next season will take the herd.

UMSU council to spend up to $200,000 in additional funding for IQ’s renovation