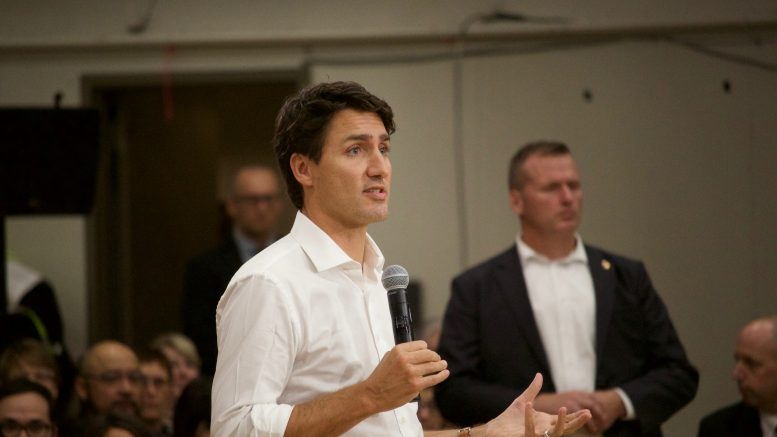 The hopes of Canadian electoral reform died peacefully in the afternoon on Feb. 1, 2017.

Although many of us believed it was dead on arrival, it remained propped up on life support until Trudeau felt the public was distracted enough with American politics that he could safely kill it. Am I being too cynical? Perhaps. But no matter how sinister or longstanding the electoral reform scheme is, it does not change the final outcome. This is not a four-year setback. Electoral reform will not happen in Canada as long as the two major parties continue to stay in power.

Recently, Trudeau talked about the potential a referendum on proportional representation has to divide the country at a time when we need unity. I agree we need unity, but to achieve that we must have a government people believe in and one that helps all voters feel heard – not just those we agree with. First-past-the-post (FPTP) has long served as a centrifuge by which the political diversity that enriches our country is diluted. In our elections, most votes are wasted on unelected candidates, while 39 per cent of the votes transforms to 55 per cent of the seats and 100 per cent of the power – a phenomenon that occurs nearly every election. Many centrists cite this as an appeal of FPTP since it keeps out extreme political views. However, these scare tactics used to put down proportional representation are simply uninformed. A threshold on the minimum percentage of votes required to gain a seat could be levied to keep extreme parties out of Parliament, and even if they do get into Parliament, major parties could choose not to put them in their coalition and thereby minimize their influence.

Democracy is not designed so that politicians can ‘protect’ a wayward citizenry from the top down. Democracy is supposed to be a value neutral system; its purpose is to thoroughly represent the will of the people. While concerns over the likelihood of coalition governments are legitimate, these would only enhance likelihood of parties being forced to compromise and work together, something most Canadians would surely prefer to our polarized system. I would happily watch our parliament ‘suffer’ from a little deadlock if it meant our government would match our political culture. After all, conciliatory minority governments are how we got universal healthcare.

The excuse Trudeau used to nix the preposterous thought that every vote should be counted equally was even more enraging than the decision in the first place. He blamed us.

Even though Canadians voted overwhelmingly for parties that campaigned on ending FPTP, Trudeau wasn’t convinced enough to follow through on his promise. He decided he needed more proof. Why? Is that not the point of an election? You put forward a list of policies you want to enact, and if the public votes for you, you have a mandate to pursue them. Still, he had a multitude of options to test this public support, none of which he seemed interested in pursuing. Polling showed that Canadians’ top two priorities for a new system were proportionality and local representation. In other words, it seems the public wanted mixed member plurality or single transferable vote.

But instead of pursing that directly by, say, having a referendum to determine the national preference, or even asking specifically which system was preferable through a direct survey, Trudeau sent former democratic institutions minister Maryam Monsef into the House of Commons to dismiss a multiparty committee report with a calculus flash card and a BuzzFeed survey, turning a promising, young female minister into an international meme. Perhaps the reason Trudeau couldn’t find consensus on the topic of electoral reform is because he did everything he could to avoid looking for it.

It is clearer than ever that electoral reform will never happen as long as the two main parties are in charge. The current system benefits them too much. While there are a multitude of reasons the NDPs’ federal campaign turned into a three-month bloodletting, the fact is that last election was the best chance to break that two party cycle.

I alongside many other Canadians watched electoral reform get chewed up by the Liberals and unceremoniously spit out 16 months after the fact. We cannot forget this moment. It is clearer than ever that electoral reform will never happen as long as the two main parties are in charge. The current system benefits them too much. . So, my fellow Canadians, I ask you to prove Trudeau wrong when he says you don’t have the appetite for reform. Write your MP, flood the newly-minted democratic institutions minister Karina Gould’s inbox, or best of all, consider whether or not the party you vote for in 2019 will listen to Canadians when they ask for electoral reform. Because when it comes to ending FPTP, to paraphrase a certain Papineau MP from last election’s Maclean’s debate: nobody believes you, Mr. Trudeau.

Jakob Sanderson volunteered for the NDP campaign during the 2015 federal election.