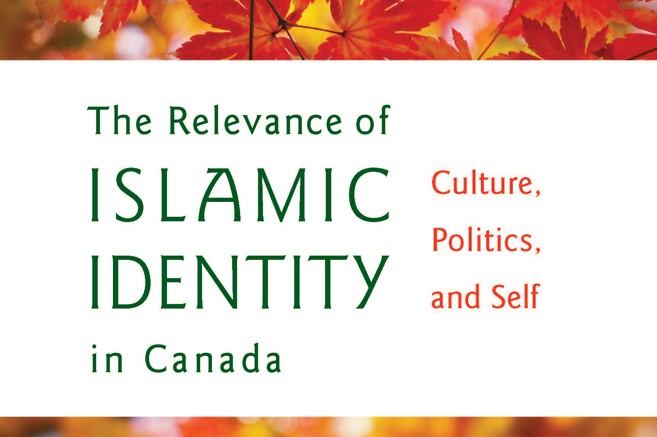 The Relevance of Islamic Identity in Canada.

This book is neither a manual, nor a dissertation, on the relevance of Islam in Canadian society. It’s a conversation intended to make the reader cognizant of the inner workings of a secularized society that struggles with its pluralistic values.

Nurjehan Aziz, a Canadian editor, reached out to eleven prominent essayists, and together they began a conversation. This conversation, which grew into a book, The Relevance of Islamic Identity in Canada: Culture, Politics, and Self (edited by Aziz), examines what it means to be a Muslim in Canada today.

The eleven contributors include Muslim writers, scholars, activists, journalists, and artists. Each contributing author was either born in or immigrated to Canada.

In diverse ways, each author relays their thoughts on a few key issues that face Canadian Muslims. These range from the identity crisis a Muslim living in a secular democracy struggles with, to the Islamophobic notions that arose after 9-11 and have persisted ever since.

In his essay, Vancouver-based novelist Ameen Merchant writes about his ambivalence towards the perceived image of Muslims. A victim of incessant racial profiling at Canadian airports, Merchant emphasizes the othering nature of secular Canada towards Muslims and the lack of individualism perceived among members of the faith.

“I am a Muslim. But I am also not just a Muslim,” Merchant writes in his essay’s conclusion.

As the book progresses, Merchant’s statement seems to be the underlying perception each author has of themselves. Their various views on how Islam can function and persevere in a society that pays no mind to religious values stem from their belief that they are more diverse than the stereotypical notion of a Muslim Canada has come to know.

As with every conversation, each contributor had a different tone. The essayists’ tones range from reflective to apoplectic to humorous. Safia Fazlul, a Toronto-based novelist, shares her thoughts on the proximity of a sex store to the Toronto Islamic Centre, and she does it so casually that the reader could easily miss the common misconceptions about Islam highlighted in her essay .

Narendra Pachkhede writes about the history and importance of constructing mosques with actual minarets in Canadian cities. Monia Mazigh recommends a partner-oriented style of relationship between men and women of the Islamic faith while Mohamed Abualy Alibhai argues that a conscience-based Islamic community would ward off any threat secularization may pose to existing family structure.

Amid all these expositions and suggestions, Haroon Siddiqui, a former editor at the Toronto Star , manages to squeeze in a chapter called “Anti-Muslim Bigotry Goes Official – Canada’s newest Dark Chapter” – and it was dark indeed. Siddiqui goes ballistic on anti-Muslim bigotry and what he called a campaign by former prime minister Stephen Harper to inculcate Islamophobia in Canadians .

However, despite the varied tones and passionate writings of the contributors, there is something lacking about this book. Just like some conversations, much is mentioned but nothing is really being said.

The post-9-11 anti-Islam bigotry, the rise of the Islamic State of Iraq and the Levant (ISIL), the 2015 niqāb  debate, Quebec’s Islamophobia, the curtailing of Islamic cultural practices and structures in Canadian cities – all of these are some of the important issues that are mentioned and well-discussed in the essays. However, the open-ended nature of the essays may simply leave the reader unfulfilled.

One cannot doubt the passion with which the writers, including Aziz (who wrote the preface), share their thoughts. It is clear that these issues are crucial and readers ought to be aware of them.

That being said, despite all the passion, this book may leave readers still confused about the relevance of Islam in Canada . The tenets shared by the writers only go as far as to suggest that secularization and Islam do not go hand in hand.

Order The Relevance of Islamic Identity in Canada from the publisher, Mawenzi House, at www.mawenzihouse.com

The brothers and the ballet

Will cannabis make you more creative?