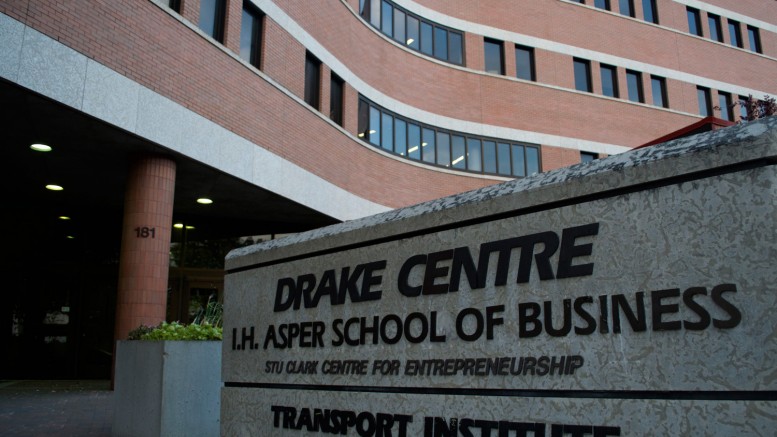 A new professional accounting designation and regulatory body that came into effect in September should relieve stress for students looking to enter the accounting field at the University of Manitoba in the years ahead.

Previously, students looking forward to a career in accounting had to chart their studies through one of three programs – chartered accountant (CA), certified management accountant (CMA), or certified general accountant (CGA).

Kelsey DeGraeve, president of the Asper School of Business Accounting Association, said the single program relieves pressure for students who would otherwise have had to decide which program would lead them into their career.

“They definitely touch on everything within the program,” she added. “You can take certain courses within the program that are maybe slightly steered towards one [discipline or the other] but at the end of the day, they’ll all have CPA as their designation.”

Gary Hannaford, president and CEO of the newly minted CPA Manitoba, agreed the single designation will simplify the process for students coming into the field.

“And since we’re all one, it makes it less confusing as to whether or not they’ve made the wrong career choice.”

The effort to fold together the three previous bodies – CGA Manitoba, CMA Manitoba and CA Manitoba – goes back to the fall of 2013, when the organizations began discussions leading to the formation of the Chartered Professional Accountants of Manitoba.

Legislation was tabled in December 2014 and received royal assent this June, clearing the way for a September press conference at the U of M unveiling the new CPA Manitoba body.

Hannaford said the scope of each of the three accounting bodies was beginning to overlap and bringing them together under one roof pulls the field in line with other professional bodies.

The move brings more than 9,000 members and students in Manitoba in line with the more than 200,000 CPA-designated accountants Canada-wide.

By the end of 2015, all provinces will have moved to the CPA designation, while the Yukon and the Northwest Territories are expected to follow suit in 2016.

Current professional accountants can continue to use their legacy designations or tag CPA in front of their current designation but will not be labelled as simply a CPA for a period of 10 years.

The first crop of students who will hold the CPA designation wrote their exam in late September.

Drawing on the strengths of each of the three previous courses to build one unified, strengthened program will kick-start graduates’ careers, said Hannaford.

“We think it’s an exciting program,” he said. “Taking the best of what the three different accounting bodies had to offer in the past should make it an even better program and better prepare students for their careers in the business world.”