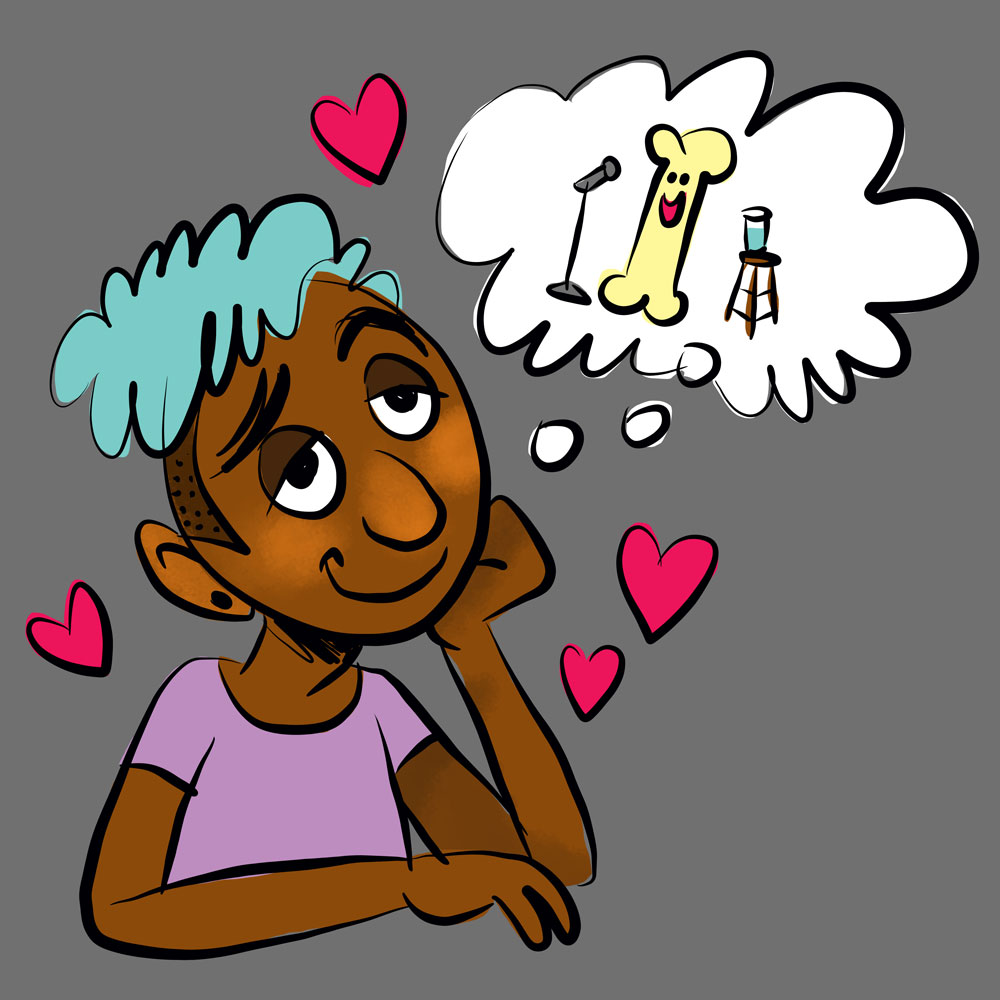 While the early bird may get the worm, the funny man always seems to get the girl. Countless movies depict the awkward, funny guy attracting the attention of the beautiful girl seemingly by magic: he says something witty and clever, and suddenly she’s smitten. But is there science behind the desirability of someone who leaves your sides splitting, or is it just movie magic?

According to a 2006 study by Bressler et al., men prefer women who are receptive to their humour and women prefer men who can make them laugh. Further, when the study was recently replicated and modified by Hone, Hurwitz, and Lieberman, they found that men listed humour responsiveness as a necessity when describing their ideal partner, while humour production was cited as a luxury. Women, on the other hand, stated the opposite – consistent with the theory that preference in humour is shaped by sexual selection.

Some theorists believe women are attracted to humour because it signifies intelligence in a potential mate, with the idea being that men who are quick to find a punchline will also boast a higher IQ, and that more intelligent men are more likely to make good parents and providers.

If this were the only reason for women preferring funny men, however, this preference would likely disappear as women move toward a more equal status with men. But according to a recent study published by Christopher Wilbur and Lorne Campbell, the tendency to prefer funny men is still alive and thriving.

For their research, Wilbur and Campbell analyzed the Lavalife.com profiles of 266 Canadian singles ranging in age from 21 to 35, 133 of each sex. They looked for key features in the profiles relating to humour, specifically how often a person claimed to be funny or tried to be funny and how often they requested a partner with a funny bone.
Not surprisingly, men were much more likely to claim they have a great sense of humour and women were much more inclined to request a funny partner – but those who claimed to have a good sense of humour were not the ones who wished to date someone funny; these traits were sex specific.

Moreover, the researchers found that men whose profiles included humour significantly increased the romantic interest of women while adding humour to a woman’s profile did little to attract the attention of men.

But there is another piece to the puzzle.

Smiling and laughing cause the brain to release dopamine – the neurotransmitter responsible for the brain’s reward and pleasure centers. Research has found that men generally have higher levels of dopamine than women do – supported by men’s greater susceptibility to dopamine related disorders, such as schizophrenia, addiction, and ADHD. Perhaps, then, women seek men who make them laugh as a mechanism to boost dopamine levels.

Laughing also acts as a natural stress reliever, causing levels of cortisol – a major player in the classical stress hormone response – to decrease. Women, whose reported levels of stress have been steadily on the rise, may then look to use laughter as a means of reducing their stress, which would sustain humour as a desirable trait in a significant other, even when women no longer need to heavily rely on an intelligent man for financial support.

The moral of the story? Pick up a copy of Anchorman or Zoolander and take notes. Making her laugh is psychologically and evolutionarily proven to help spark a romance.