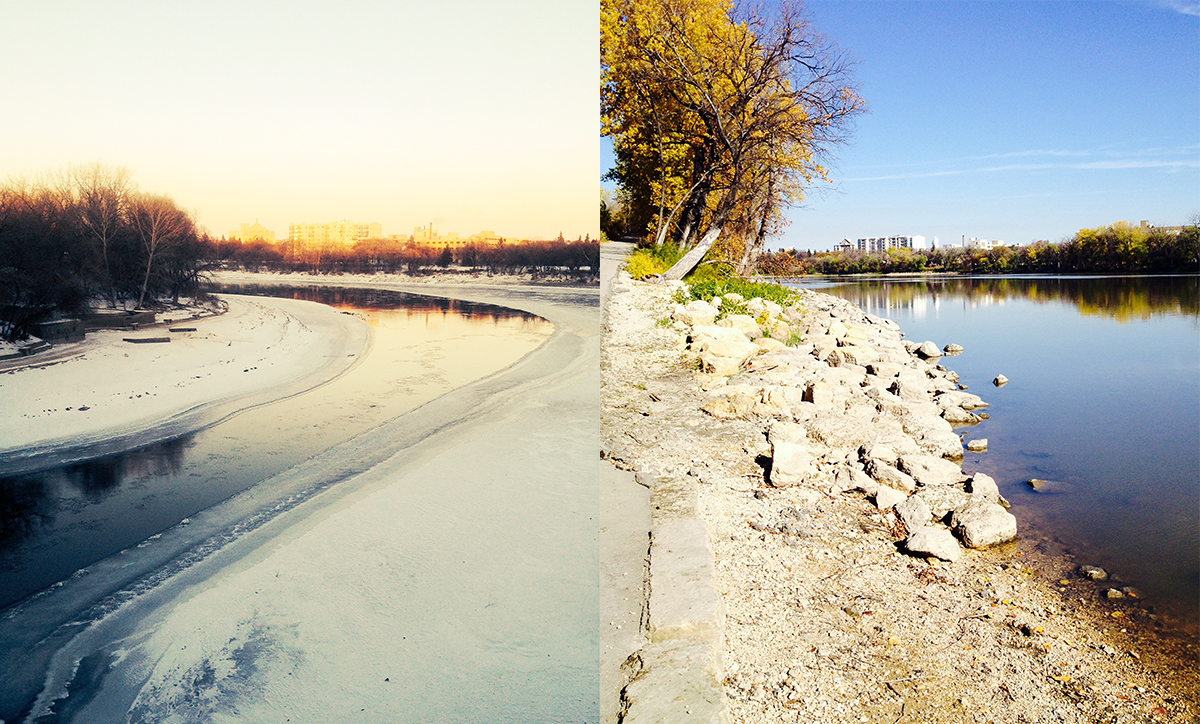 Along with the swift arrival of spring comes Winnipeggers’ worries about sewer overflow.

Overflows occur when, during heavy rainfalls or rapid snowmelt, drainage exceeds the capacity of combined sewer systems, which are designed to direct excess drainage into the river. When this happens, the overflow does not reach the sewage treatment plant. Land drainage, wastewater, and debris are discharged directly into the river system.

One of the major issues leading to overflows is drastic variations from cold, to hot and dry, to wet weather. During dry weather conditions, small dams prevent waste from discharging into the river, diverting sewage to the interceptor system. In wet weather conditions, wastewater levels may rise above the level of the dams, or weirs, causing combined sewers to overflow into the river system.

To track the probability of overflows, the city maintains a sewer overflow information system, indicating current conditions with regards to recent overflows into the Red and Assiniboine rivers.

This past weekend, the City of Winnipeg’s water and waste department website signalled an “increased likelihood of overflows.” The current status has since dropped to “low probability of overflow.”

Combined concerns
Combined sewer systems discharge drainage, including sanitary sewage and stormwater, directly into the river system, without it undergoing treatment at a plant. In the same pipeline, combined sewer systems are developed to collect land drainage, enveloping rainwater and snowmelt, and wastewater drainage—sewage from homes, businesses, and industries—transporting all to a sewage treatment plant.

From there, the amalgamated drainage is ideally treated before being discharged into the river. However, not all discharge undergoes the process of wastewater treatment.

Winnipeg’s wastewater collection system involves an intricate network of sewer pipes, which ends up sending about 910 million litres of diluted sewage per year, directly into local rivers – more than enough wastewater to fill 364 Olympic-sized swimming pools. In 2013, the Winnipeg Sun estimated that costs to fix the issues were $2.5-4 billion.

“Experts say we have to stop treating our rivers and lakes like large toilets,” said Vicki Burns, the Lake Winnipeg Foundation’s outreach co-ordinator at the time.

The foundation feared that, although the sewage is diluted, there could be serious long-term environmental impacts of dumping it into rivers. Case in point, the city produces about seven per cent of the total phosphorus flowing into Lake Winnipeg, with overflows accounting for the largest identified, potentially controllable source of phosphorus entering the lake. Phosphorus is blamed for fuelling toxic algal blooms in the region.

On March 16, the Winnipeg standing policy committee on infrastructure renewal and public works, met to review a presentation of the preliminary 2015 operating and capital budgets.

Costs associated with sewage discharge clocked in at $262 million dollars, which counted for 82 per cent of the civic budget.

“There’s still more to come, because we have the combined sewer overflows that are still to come, so we’re working on a master plan,” said a spokesperson from the water and waste department.

Janice Lukes, the chair of the standing committee, said the combined overflow presentation “conveyed the pending doom and gloom” facing the city.

Various North American cities continue to rely on combined sewage systems, including Winnipeg. In mid-19th-century Europe, increased urbanization prompted cities to find “more efficient, aesthetic, and sanitary solutions for treating and disposing of sanitary wastewater, than backyard privies vaults and cesspool systems”; thus began the practice of combining sanitary wastewater with stormwater, which was believed to effectively dilute the wastewater for discharge.

Later developments in the science of bacteriology proved links between wastewater discharge, polluted receiving waters, and disease outbreaks. “With these advances, the notion that dilution rendered wastewater harmless became obsolete, and thus began a shift to treating wastewater prior to discharge,” reads a report by the Environmental Protection Agency.

Although many older cities continue to operate combined sewers, the designs are no longer prevalent for building infrastructure in new communities, as the systems have been proven to be flawed.

The City of Winnipeg developed an interceptor sewer system in the 1930s to carry sewage in the combined pipe to the North End Treatment Plant. Before then, all drainage was discharged into the river system, without undergoing treatment.

Combined sewer systems continue to serve older areas of the city, with outfalls located along the Red, Assiniboine and Seine rivers.

In Winnipeg, there are about 1037-km of combined sewer pipes scouring the underground city. With some pipes dating back to 1880, combined sewers make up to 31 per cent of the total sewer system.

The Sewer Overflow Information System and incident reports, related to interruptions in routine sewer system operations resulting in the release of raw sewage into the system, are available on the City of Winnipeg website.

Refrain from smashing worker privacy law because of Kirby

Praying the crime away