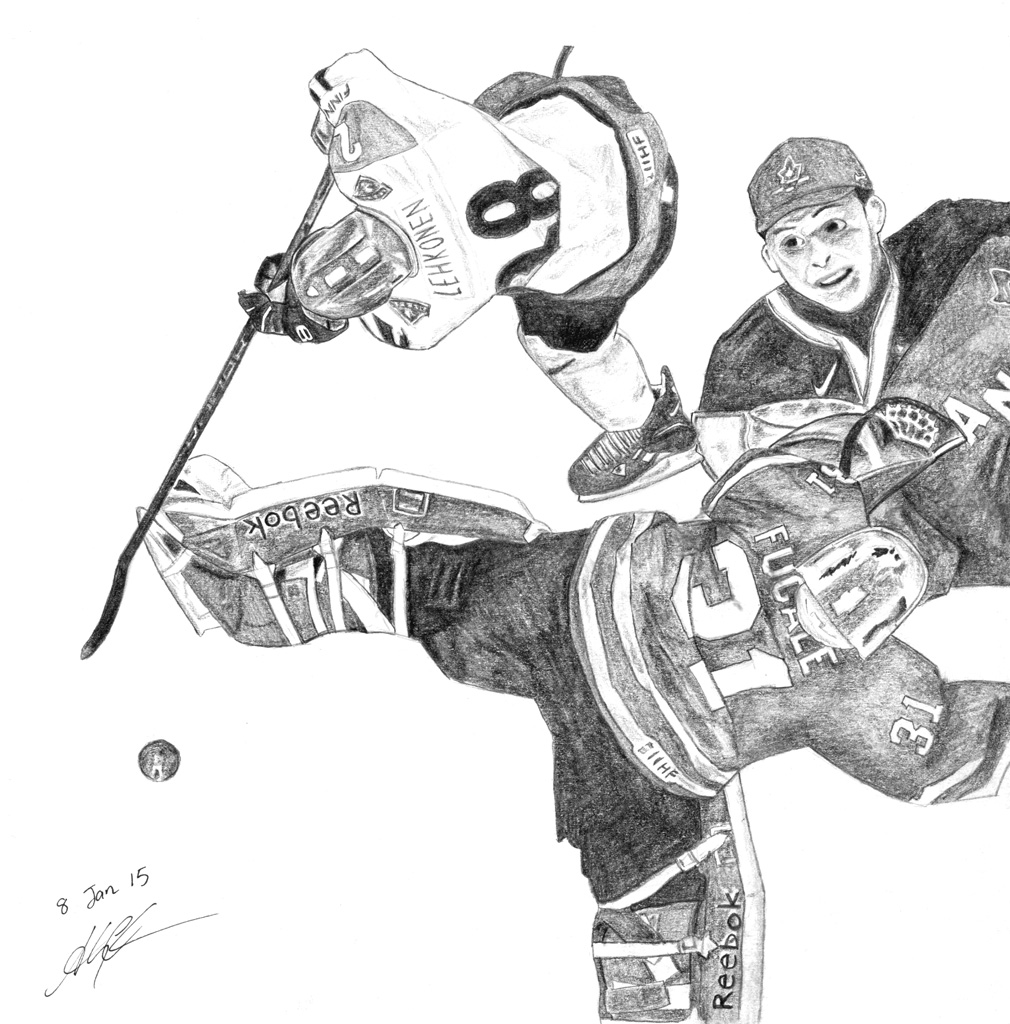 When the puck dropped during the 2015 World Junior gold medal game, Canada was at a standstill. The talented group of teenagers at the 2015 edition of the tournament had already accomplished something that the previous three Canadian teams could not: reach the championship final. The last time Canada met Russia in a World Junior final, the Canadians stormed out to a 3-0 lead, only to collapse in the third period, losing 5-3.

The collapse during the 2011 World Junior final may well haunt Canada forever, yet 23 seconds into this year’s gold medal matchup, the wounds were beginning to heal. Anthony Duclair’s early first period goal began Canada’s rampaging performance. By midway through the second period, Canada had built a commanding 5-1 lead.

If history has taught the Canadians anything, it’s not to take the Russians lightly. The rest of the second period featured a three-goal onslaught, which pulled Russia back to within one by the second intermission.

Utilizing one of the most entertaining teams in recently memory, Canada grinded out a scoreless third frame to clinch their first World Junior gold medal in five years.

The return of Connor McDavid

Possibly the most documented Canadian story at the start of the World Juniors was Connor McDavid’s injury layoff. The projected first overall pick of the 2015 NHL Draft had injured his hand during a fight in an OHL game which compromised his World Junior status on Team Canada. Through all adversity, McDavid did play the tournament opener against the Slovaks, an 8-0 win.

Despite making his return following a lengthy time on injured reserve, there was still concern about how McDavid would perform for Canada. Time off the ice had greatly impacted his play, as his early tournament performance featured slower puck mobility and difficulty getting shots on goal.

Improvement was gradual in McDavid’s case. His scoring form returned in the next game against Germany, where his first goal of the tournament was celebrated with a punch on the glass for good measure.

Perhaps his great contribution was a second period goal against the Russians in the gold medal game. By that time, McDavid’s form was in full stride. He was unstoppable with the puck, especially along the corners of the attacking zone, where quick hands and impeccable vision allowed him to pick out linemate Curtis Lazar on more than one occasion, eventually co-leading the tournament with 11 points.

Though Canada’s performance was dominated by the likes of McDavid, Sam Reinhart, and Max Domi, the hockey IQ of skaters who played a combination of defensive back-check and smart offensive position contributed just as greatly.

Perhaps the best example of this was North Bay winger Nick Paul. Good size, speed, offensive awareness, and defensive were traits exemplified by Paul during the entire tournament, as he finished with three goals. A similar skill set was displayed by forward Robby Fabbri, who was relentless on the forecheck.

It’s understandable for a little nervousness to settle in while holding onto a one-goal lead against the Russians in the third period of a gold medal final. Though, for returnee Frederik Gauthier and 17-year-old draft-eligible player Lawson Crouse, there was no room for nervousness in their repertoire.

Both players used their size, reach, and disciplined hockey smarts to bully Russia off possession, allowing Canada to clear their zone on more than one occasion. The defensive play of both Crouse and Gauthier in the final period spoke as much volume as Canada’s relentless offence.

At this year’s edition of the tournament, points were relatively easy to come by and scoring was contributed throughout all of the Canadian players. Canada’s first line of Domi, Reinhart, and Duclair combined for 29 points in seven games, while McDavid, Nic Petan, and Reinhart co-led the tournament with 11 points.

As demonstrated since opening day, Canada’s relentless attack depended on versatility. Of the seven defencemen, only Madison Bowey was a right-hand shot and occupied the right unit of the defensive pairing. Josh Morrissey and Darnell Nurse primarily occupied the left side of the blue line, while Shea Theodore, Joe Hicketts, Dillon Heatherington, and Sam Morin split time on both sides.

Theodore and Hicketts especially stood out on the blue line despite their unfamiliar territory, living up to their reputation as effective puck-moving defencemen.

Morrissey and Nurse were also depended on heavily to spearhead the attack from the back end. In addition to his well-rounded offensive style, Morrissey outperformed his six-foot frame, adding a physical edge to his defensive game.

Though strong on the back-check and surprisingly difficult to dispossess, Nurse’s mean edge landed him with a few unnecessary penalties. Bowey, whose quick release made him an ideal anchor on the power play, co-led all Canadian defencemen in points alongside Morrissey.

Differential scoring and versatility made a dangerous combination amongst Canada’s forwards. Of the 13 forwards, Petan, Brayden Point, Crouse, and Fabbri were forced to a wing role on multiple occasions despite being natural centres.

For the majority of the tournament, the adaption to a new position was flawless, and in the cases of Petan and Fabbri, it enhanced their play as well. Petan’s best performance was saved for the semifinal against the Slovaks, where he was upgraded from a third line centre to wing on the McDavid-Lazar line and notched a hat trick.

Fabbri scored twice and assisted on two other goals in the tournament opener, and finished with six points in the first four games.

Zach Fucale returned to Team Canada as a more poised and confident goaltender with noticeably improvemed rebound control and positioning. The Montreal prospect proved that his nervy glove hand in a 2-1 loss to Russia in the exhibition opener was just early jitters, and became a commanding presence in goal for the Canadians in the lead-up to the gold medal game.

Despite giving up four goals in the first two periods, Fucale proved his worth in the third period of the final, keeping the Russians at bay as they outshot Canada 11-4.

Backup goaltender Eric Comrie could have very well continued as Canada’s starter after his timely performances against Germany and majority of the USA game; however, his fearless final moments against the Americans eventually sealed his fate as Benoit Groulx’s preferred second choice.

With both Fucale and Comrie being born in 1995, the Canadians will surely have two new goaltenders for the 2016 tournament in Finland. The only eligible returnees on the blue line are Detroit’s Joe Hicketts and Haydn Fleury, a preliminary selection who did not make the final cut to the 2015 team.

Up front, Lawson Crouse, Robby Fabbri, Jake Virtanen, and Connor McDavid are eligible to return for 2016, assuming they do not enter the NHL and are not qualified for a World Junior loan. Eligible forwards who did not make the 2015 final cut include Michael Dal Colle and Rourke Chartier

How to have F-35s and a functioning country