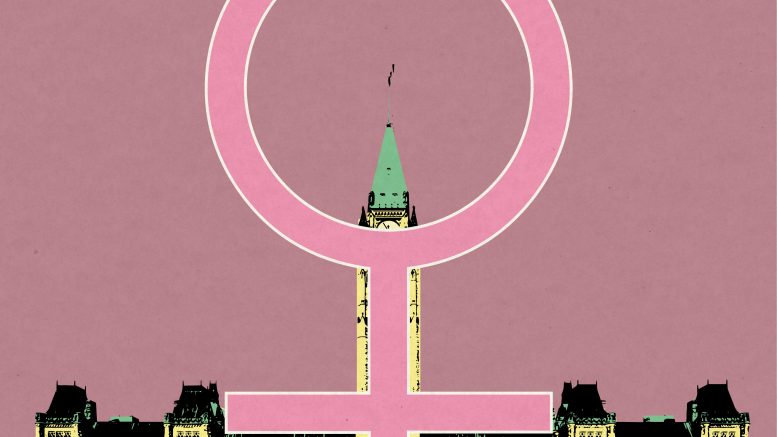 From an early age, I questioned the inequality in my very conservative and MACHISTA home country, Honduras — which, until November of last year, had never elected a woman as president. Both of my grandmas were single moms who strove to provide their children with the best education possible while continuing to pursue their own goals. My mom is a successful industrial engineer who leads one of Honduras’s first hydroelectric companies. Their examples and strength showed me the positive influence that women have in our world, helping me embrace women’s importance to society. As I reflect on this year’s International Women’s Day, I wonder if Canada and the world are doing enough to promote women’s success in the political arena.

Canada has a long history of suppressing the voices of women. Many nations have had prominent female political leaders — for example, the United Kingdom had Margaret Thatcher and the United States currently has Vice President Kamala Harris — but women in Canada still haven’t felt that satisfaction.

Despite having had 23 prime ministers in its 155-year political history, the federal Parliament has only had one female prime minister — Kim Campbell — whose tenure is one of the shortest in Canadian history, having served in the position for less than six months.

Progress was made following Justin Trudeau and the Liberal party’s election. Trudeau succeeded in creating a “gender-equal” cabinet. Beyond appointing equal numbers of men and women to the cabinet, he also appointed a number of women to meaningful and senior-level cabinet positions like the ministries of finance, foreign affairs and national defence. However, more must be done for women, especially women of colour, who are still attempting to break the glass ceiling.

Women in provincial politics face similar challenges, yet resilience prevails. The U of M’s Jelynn Dela Cruz is a positive example for women pursuing careers in politics.

From her early days as director of social programming in the Arts Student Body Council to being the president of the University of Manitoba Students’ Union for the 2020-21 academic term, Dela Cruz is taking the next step in her political career and vying for the provincial New Democratic Party Radisson nomination.

Dela Cruz has experienced success in a field that has primarily been dominated by men, but her success has not come cheap. She has faced discrimination from male co-workers and government partners in her political career and many of her successes have been overtly sexualized by her critics, which she attributes to their “internalized insecurities.”

Though the path to a successful career in politics is not the same for all — especially for women, who face additional gender-based barriers — it is important that we encourage strong women who are active community leaders to pursue their ambitions. Though progress is slow, we need to start and continue breaking the constructs that have oppressed women. Let this be a reminder that International Women’s Day is not a meaningless reason to congratulate the female figures in your life. Rather, let’s make it a daily goal to empower women and offer our authentic support for them so that they can achieve their vision of a more equitable world.

Left behind in the brave new world