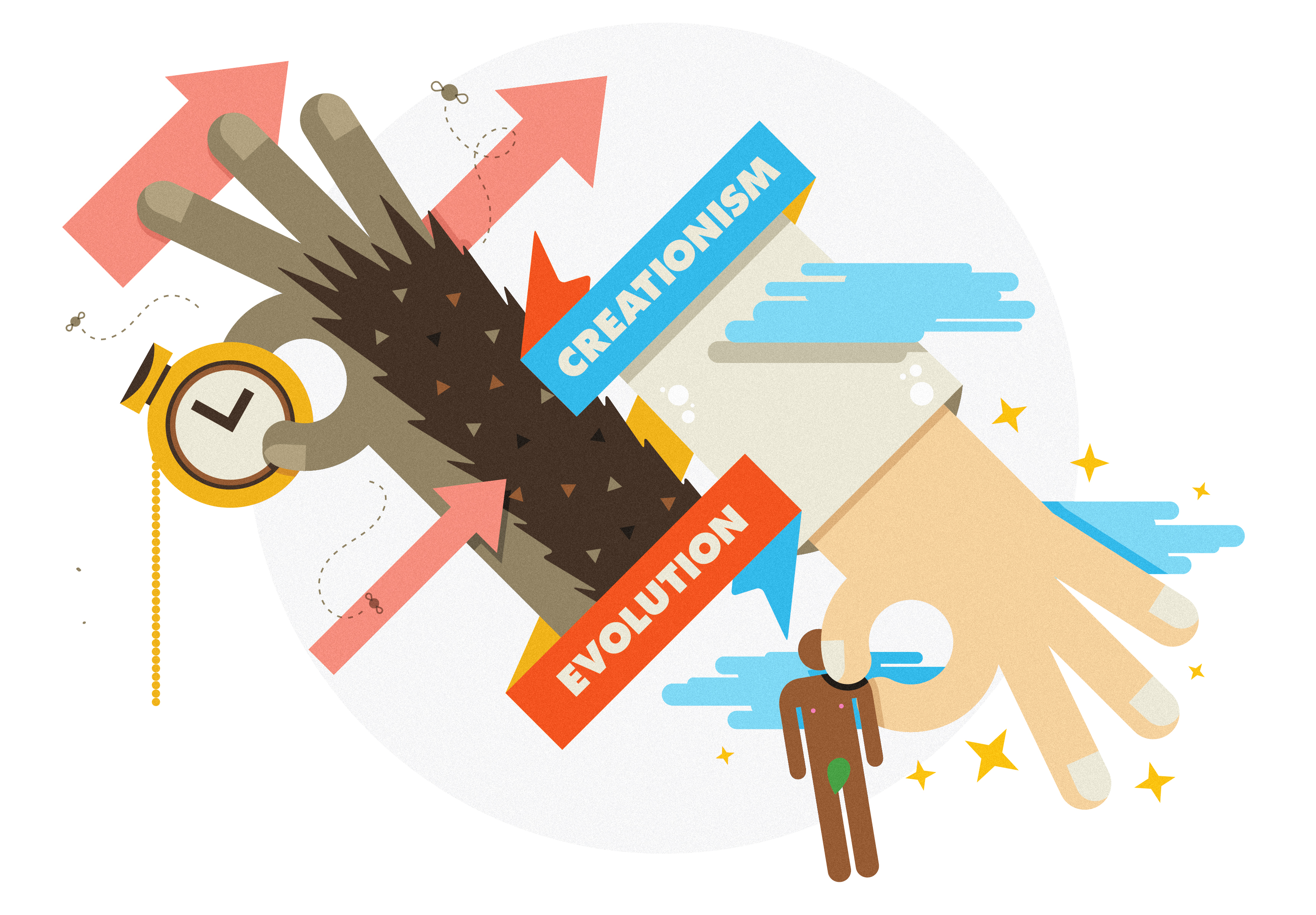 Earlier this year Ken Ham challenged Bill Nye to debate on the topics of creationism and evolution as models of the origins of life. The debate took place on Feb. 4, 2014  at the Creation Museum in Petersburg, Kentucky and was streamed online to approximately three million people worldwide.

Ken Ham is a young Earth creationist who previously taught high school science. Young Earth creationism promotes the religious belief that the Earth was created less than 10,000 years ago as a result of an intelligent creator, a literal interpretation of the timeline of events presented in the Bible.

Many know Bill Nye as the host of the PBS children’s show Bill Nye the Science Guy. He is currently the executive director of the Planetary Society, an organization co-founded by astrophysicist Carl Sagan in 1980 to promote and advocate space, science, and engineering education to the public.

Nye’s book Undeniable: Evolution and the Science of Creation was published on Nov. 4 of this year, months after the debate. Nye dedicates a chapter of this book to the claims made by Ham during the debate.

Nye is strongly opposed to teaching creationism in classrooms in lieu of evolution. “I pointed out that without young people entering the science fields, especially engineering, the country will fall behind other nations who do educate their kids in real science rather than the pseudoscience of creationism.”

Approximately one-third of Americans reject evolution as a theory of origin. Around half of Canadians accept the theory of evolution.

In the United States, six out of 50 states require students to analyze important aspects of evolution, providing them the opportunity to critically think about the theory.

Creation Ministries International, a spinoff from Answers in Genesis-Australia, has a Canadian branch with a headquarters in Ontario, which is actively involved in outreach across Canada to promote their viewpoints to the public.

Regardless of an individual’s viewpoint on creationism and evolution, Nye continues to bring the issues to the forefront of classroom science education; it is a topic he is clearly passionate about.

Near the end of the debate at the Creation Museum, Bill Nye stated, “As my old professor Carl Sagan said so often, ‘When you’re in love, you want to tell the world.’ And I base my beliefs on the information and the process that we call science. It fills me with joy to make discoveries every day of things I’ve never seen before. It fills me with joy to know that we can pursue these answers. It is an astonishing thing that we are—you and I are—one of the ways the universe knows itself.”

A festival of flavours: chocolate style!

Aboriginal education in need of reform

9 Comments on "Evolution and creationism in education still under debate"