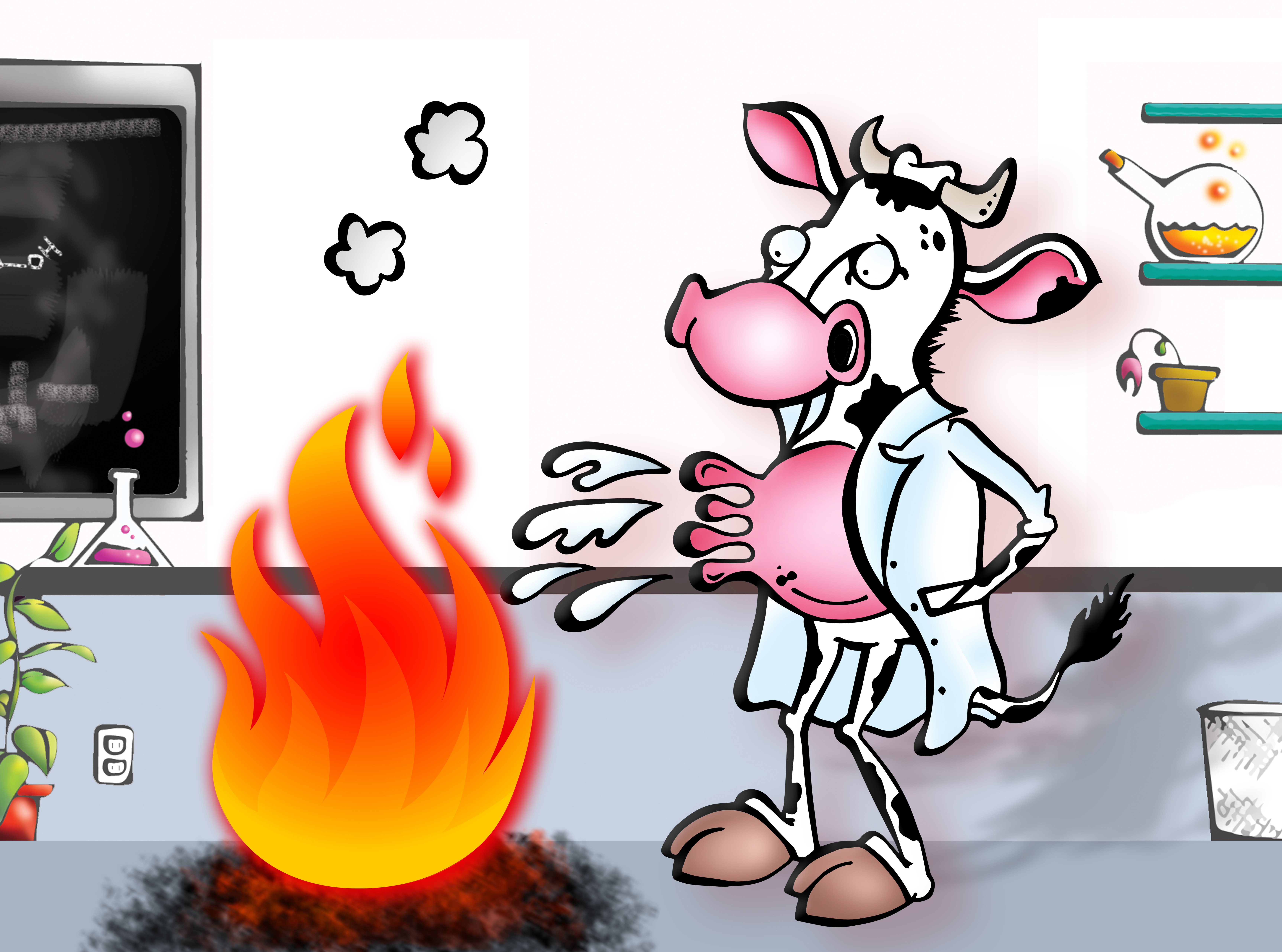 When thinking of the next new product that could be used as a flame retardant, milk is probably not at the top of the list. For the first time ever, bovine milk has been tested on polyester and polyester-cotton fabrics as a potential “green” flame retardant. A team of Italian researchers from Politecnico di Torino, led by Jenny Alongi, published their findings in the journal Industrial & Engineering Chemistry Research.

The tested fabrics were shown to have a greater resistance to high temperatures in nitrogen and air, as well as having resistance to flame application. Increased resistance to flames has been observed in cotton, and the rates at which polyester and polyester-cotton blend fabrics burn have been decreased by 70 and 40 per cent, respectively.

The component of milk that is affecting all these properties is a group of proteins called caseins.

Caseins have a high phosphorus content, which is very useful in flame retardants. This is a property it shares with the flame retardant ammonium polyphosphate, most commonly used in plastics and textiles.

Rather than having the flame spread across the fabric, it can be extinguished effectively and result in no or minimal damage (depending on the intensity of the flame) to the body.

Biomacromolecules (like protein and DNA) in general have been looked into as a new, green approach to flame retardancy.

Like caseins, DNA also has a high phosphorus content, contributing to the effectiveness of the protection it provides against the flame. It is also possible for flames to be extinguished without external aid on cotton when it is properly coated with DNA – enough of a layer of char would accumulate to hinder the flame.

By contrast, flame retardants like ammonium polyphosphate and Proban (which is used in plant-based textiles and releases formaldehyde) are damaging to the environment.

The goal is to discover and use more eco-friendly products, like the caseins in milk, as alternatives to industrial-based flame retardants.

Plaid to the bone